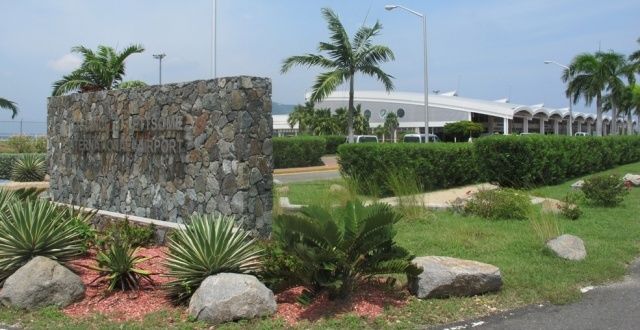 Haitians Found On Beef Island To Be Repatriated

The nine illegal Haitians who were spotted on Beef Island sometime on Wednesday this week will be repatriated back to their homeland.
According to a government-issued press release, Chief Immigration Officer Mr. Ian Penn said the repatriation process is underway.

Mr. Penn informed that a motor vessel was spotted on Wednesday, August 25, circling the Beef Island area, which was subsequently beached.

He continued: “A number of persons were then seen walking along the Beef Island road, which led concerned civilians to notify the Immigration Department. The department’s officials in conjunction with the Royal Virgin Islands Police Force and Her Majesty’s Customs apprehended, detained and identified a total of nine individuals as Haitian nationals.”

Further, Mr. Penn stated that due to the current global pandemic, the BVI Health Services Authority was also immediately notified for due process and health screening of the detainees in accordance with the COVID-19 protocols.

“I would like to say thank you to everyone who was involved in the apprehension and detention of these individuals. Our respective departments will continue to work together and remain vigilant while we protect the borders of the Virgin Islands,” Mr. Penn added.

While explaining the objects and reasons, Hon. Wheatley said in this COVID-19 era; illegal entry poses a new threat to residents where these persons can bring the virus into the territory.

He said court proceedings would generally take a long period of time, and is costly, especially in this pandemic, a cost that has to be absorbed by the government, which is not adequately offset by the fines imposed by the court in most instances.

He said it is the hope that it deters persons from coming in illegally, and the territory would be able to recoup some of those funds.

Hon. Wheatley noted that the recommendations to increase fines and penalties from $1,000 and 12 months imprisonment to $100,000 and 10 years imprisonment, the territory will surpass all other overseas territories, but it would set the tone for non-compliance.

Whether these nine persons will be headed to court or the Immigration Chief will handle the matter was not revealed.
#COVID-19  #Covid  #the Virgin Islands