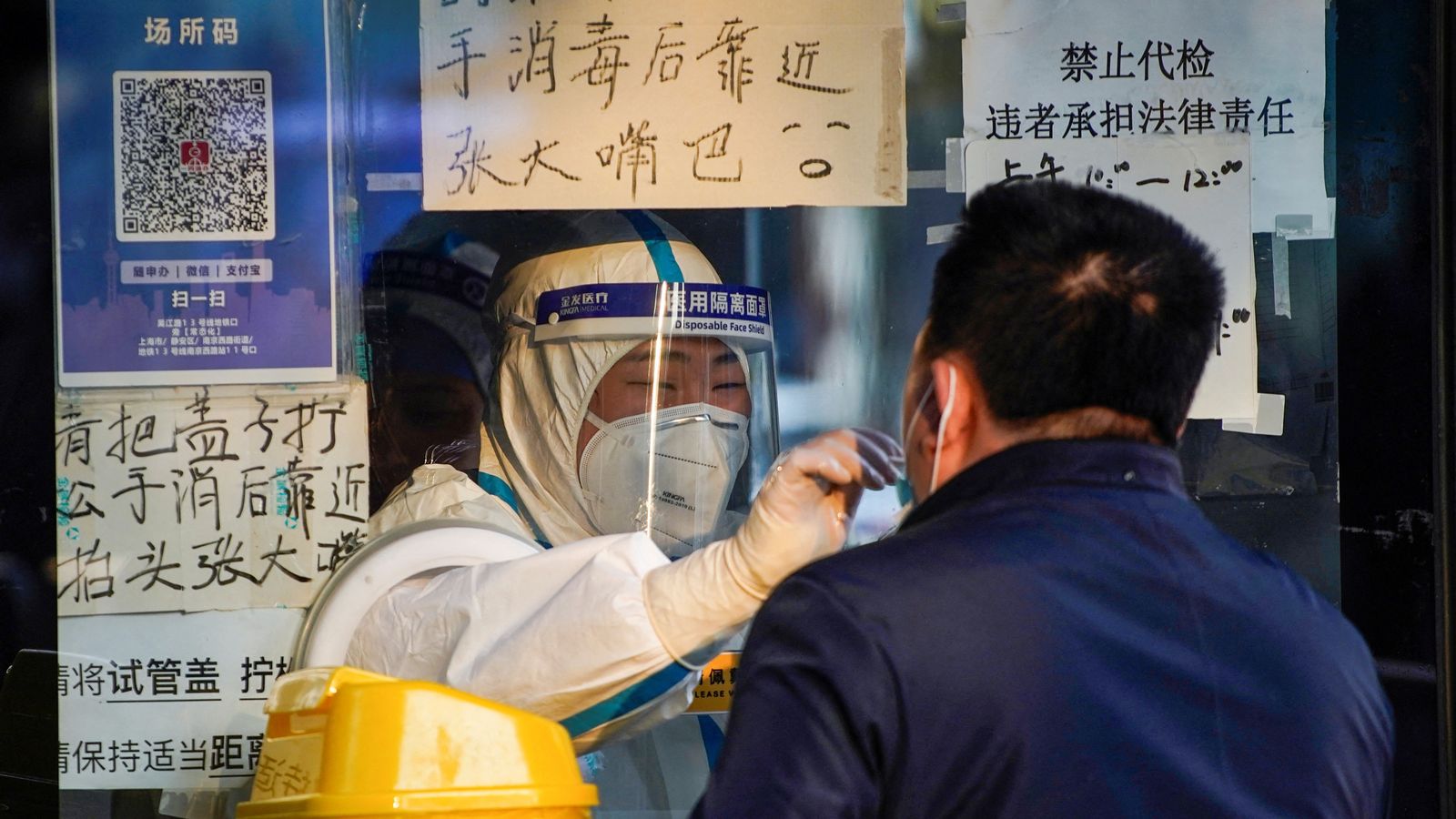 Half of passengers on China flight to Italy have COVID

More than half of passengers on a flight from China to Italy have tested positive for COVID-19 - as China prepares to open up its borders despite a huge surge in infections.
Two flights into Milan were among the first to see passengers subjected to new mandatory testing imposed on Chinese travelers.

Guido Bertolaso, Lombardy regional councillor for welfare, told a news conference: "On the first flight, out of 92 passengers 35 (38%) are positive. On the second, out of 120 passengers 62 (52%) are positive."

On Wednesday evening the US became the fifth country to impose restrictions on Chinese travellers - as China prepares to issue ordinary passports and visas in a huge step away from COVID measures that have isolated the country for nearly three years.

A further departure from restrictive COVID measures was taken when Hong Kong scrapped its restrictive quarantine regulations for people who test positive for coronavirus.

Beijing's announcement means millions of Chinese people could go abroad for next month's Lunar New Year holiday - the first time most have been able to do so since 2020.

In what would be a haunting repeat of early 2020, there are concerns they could spread coronavirus internationally as infections surge in the country.

Japan, India and Taiwan are now requiring virus tests for travellers from the country.

The US will impose mandatory COVID-19 tests on travellers from China, health officials told reporters on Wednesday evening. They said that from 5 January all air passengers aged two and older will require a negative result from a test no more than two days before departure from China, Hong Kong or Macao.

China's rolling back of some of the world's strictest anti-virus controls comes as President Xi Jinping's government tries to reverse an economic slump.

China stopped issuing visas to foreigners and passports to its own people at the start of the COVID-19 pandemic in early 2020.

The National Immigration Administration of China said it will start taking applications on 8 January for passports for tourists to go abroad.

It also said it will resume issuing approval for tourists and businesspeople to visit Hong Kong, a Chinese territory with its own border controls.

The agency said it will take applications for ordinary visas and residence permits.

It said the government will "gradually resume" allowing in foreign visitors but gave no indication when full-scale tourist travel from abroad might be allowed.

Health experts and economists expected the ruling Communist Party to keep restrictions on travel into China until at least mid-2023 while it carries out a campaign to vaccinate millions of elderly people.

Chinese experts say that is necessary to prevent a public health crisis.

During the pandemic, Chinese people with family emergencies or whose work travel was deemed important could obtain passports, but some students and businesspeople with visas to go to foreign countries were blocked by border guards from leaving.

The handful of foreign businesspeople and others who were allowed into China were quarantined for up to one week.

Before the pandemic, China was the biggest source of foreign tourists for most of its Asian neighbours and an important market for the US, Europe and increasingly the UK.

The government has dropped or eased most quarantine, testing and other restrictions within China, joining authorities in other countries trying to live with the virus instead of stamping out transmission.

On Monday, the government said it would scrap quarantine requirements for travellers arriving from abroad, also effective from 8 January.

Business groups have warned global companies were shifting investment away from China because foreign executives were blocked from visiting.

Tesla shares fell 11.4% on the S&P 500 on Tuesday after the electric vehicle maker temporarily suspended production at a factory in Shanghai and several stock indexes traded lower as hopes for an economic rebound were tempered by near-term worries over rising cases in China.

Hong Kong's chief executive John Lee also said close contacts of COVID patients will not have to quarantine and group gatherings will be allowed in public places.

Mr Lee added that international travellers to Hong Kong will no longer need to do a mandatory PCR COVID-19 test and the city's vaccine pass, required to enter most venues, will also be scrapped.

The lifting of measures will be effective from 29 December.

The Hong Kong government has confirmed it will not provide COVID vaccination to short-term visitors to the territory.
#Coronavirus  #COVID-19  #vaccine  #Covid  #Tesla