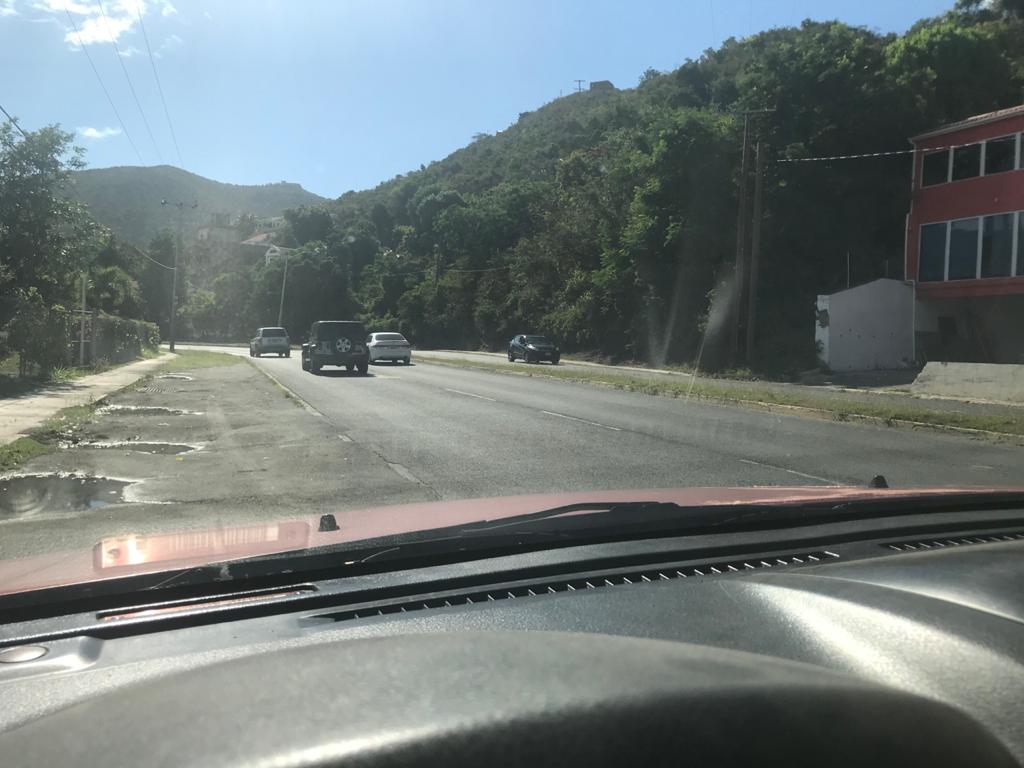 Hard to catch a ride! Motorists reluctant to offer rides since COVID

By Kamal Haynes, BVI News In a small and close-knit society like the BVI, ‘catching a ride’ with passing vehicles is an established culture for commuting non-drivers. But with the COVID…

In a small and close-knit society like the BVI, ‘catching a ride’ with passing vehicles is an established culture for commuting non-drivers.

But with the COVID-19 pandemic impacting several aspects of the territory, it has seemingly trickled down to some motorists who have now developed a reluctance in offering rides to pedestrians along the roadway.

This was the general consensus of a number of motorists and pedestrians during recent interviews with BVI News.

Our news centre sought responses from several residents across Tortola, and one female retiree said the COVID-19 virus has changed her usual approach of randomly stopping to offer strangers rides.

“I still give people rides but I try to stick with people that I know. Before [the pandemic], I’d pick up anyone but not anymore. So I just usually pick up people that I know, people in my neighbourhood that I see every day. But other than that, I really don’t pick up strangers anymore,” she said while opting to remain anonymous.

The woman, who is the owner of Suzuki Grand Vitara, said based on how her mind is presently conditioned, offering rides to strangers might remain a thing of the past even after the pandemic ends.

For another female motorist who resides in Huntum’s Ghut, she too has been very reluctant to offer rides and said she sees why other motorists would also take that approach.

“It could infect you and if you have kids or if you family or elderly that you’re taking care of. All of that have to be considered,” she added.

One male taxi operator explained that he occasionally gives rides to people he knows. But with the mandatory mask-wearing policy in effect, it has made it very difficult to identify familiar faces while driving by.

On multiple occasions, this is one deterrent that has resulted in him not stopping to pick up persons seeking rides.

“Even as a taxi driver, I pass people either because of two things. Halfway down the road I [didn’t] recognise who you was because of the mask. That’s number-one. And it’s just that everybody supposed to stay six feet and keep social distance and you ain’t know who got it,” he further explained.

He continued: “So, it just in your mind to just leave people out. You’re trying to keep to yourself and all these different things. But the mask is a serious problem. Not to say it ain’t working nor it don’t help. But recognition-wise, the mask throw everything out the window.”

BVI News also spoke to a male pedestrian who frequently catches rides to commute across Tortola.

He said that since COVID, the typical waiting times to receiving a ride has significantly increased.

“Usually when I catch rides before COVID, it was hard as a guy. But it wasn’t as bad. I live in Hannah’s so before COVID, around 9 o’clock in the morning I would get a ride within 10 to 15 minutes. But now, it’s like 20 to 25 minutes longer that I am waiting cause nobody ain’t really trusting people to give them rides,” he explained.

“Then when I try to catch a ride to Hannah’s from town, now it’s even a longer wait. It takes me 30 to 40-plus minutes sometimes and if I don’t know the person, it takes even longer just to catch a ride,” he added.

Relies on neighbours if commuting to town

The Hannah’s Estate resident also said that since COVID, he has been forced to heavily rely on his neighbours to get to and from Road Town.

“A lot of persons, if they don’t know you personally, them ain’t going really stop and try give you a ride and sometimes I would catch a bus. But the bus ain’t always there since you have to be on the bus timing to catch the bus from Craft Alive to Hannahs.”

“Most times I does just try to stay out of town. But if I need to go into town, I would mostly catch a ride with a neighbour because it’s difficult. Then I would try to see when they’re returning home and try to catch a ride with them because I know I’ll get a straight ride home. So that’s what I’ve been doing,” he explained.

BVI News also reached out to Transport Minister, Kye Rymer who said government’s free shuttle service – which is now available territory-wide – has seen an increase in usage since its inception.

“I know the numbers went up and it’s an encouragement. But it would be good to encourage more persons to utilise the service. We have protocols in place, we have the dispatchers in place, we make sure that we follow the schedule.

Minister Rymer also revealed plans to expand some of the routes being offered on the islands.