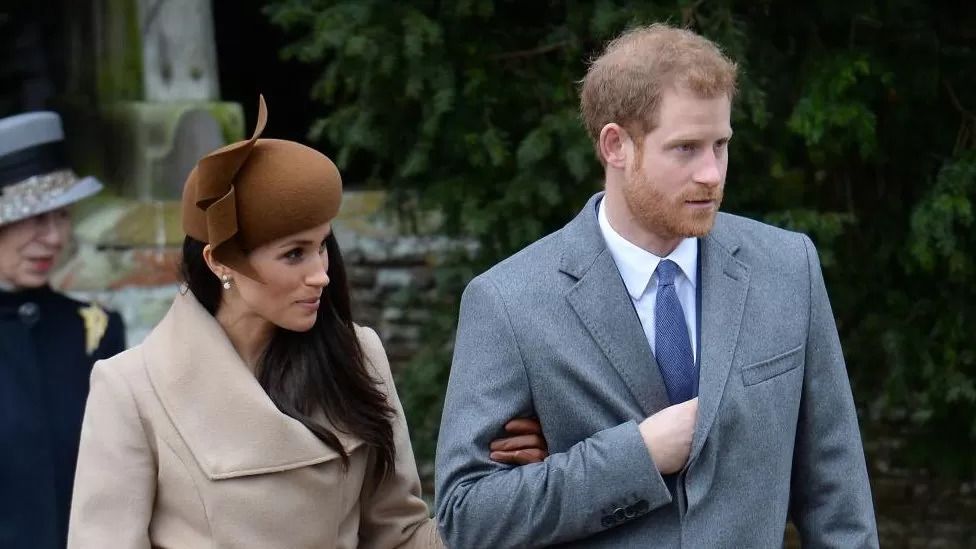 Buckingham Palace conducted "a real kind of war against Meghan", the duchess's lawyer has claimed.

Jenny Afia said she had "seen evidence that there was negative briefing against Harry and Meghan by the Palace to suit other people's agendas".

She makes the claim in the latest trailer for the couple's Netflix series Harry & Meghan ahead of the release of the second instalment on Thursday.

Buckingham Palace has so far not commented on the series.

Prince Harry said on Tuesday that "they were happy to lie to protect my brother", without specifying who he was talking about, and has previously spoken of the "leaking and... planting of stories" as part of a "dirty game".

"You would see it play out," she says in the trailer.

"A story about someone in the family would pop up for a minute, and they'd go, 'We gotta make that go away.'

Neither Meghan nor anyone else in the trailer offers evidence for the claims.

Later in the trailer, Ms Afia, of Schillings law firm, says that the "barrage of negative articles" about the breakdown of the relationship between Meghan and her father, Thomas Markle, was part of a campaign of "nasty" coverage about Meghan.

She does not specifically say that stories about Meghan and her father were planted by the Palace.

A friend of Meghan, Lucy Fraser, adds in the trailer: "Meg became this scapegoat for the Palace. And so they would feed stories on her whether they were true or not to avoid other less favourable stories being printed."

The final three episodes of the documentary will release on Netflix at 08:00 GMT on Thursday.

Home video of Archie features in Harry and Meghan documentary