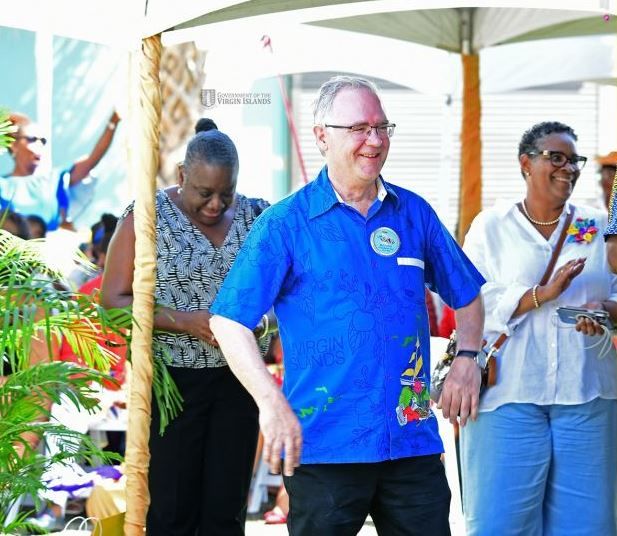 Today, Thursday, November 24, 2022, many in the United States of America are celebrating Thanksgiving.

In the Virgin Islands (VI); however, the buzz on the streets is if Governor John J. Rankin, CMG has become the ‘Unwanted Uncle’ in the room at a Thanksgiving dinner.

While to date the constitution of the Territory has not been officially suspended, many continue to claim that we have indirect rule and the Governor calls the shots in most public sector areas.

It is alleged that no major decisions can be made without the Minister of Finance Dr the Hon Natalio D. Wheatley (R7) checking in with the Governor.

The Governor is not elected but is simply an appointed senior foreign service civil servant of the United Kingdom (UK) with a lot of local constitutional powers.

In addition, many elected officials, civil servants, and ordinary residents are wondering aloud why Mr Rankin seems to be injecting himself in local events. 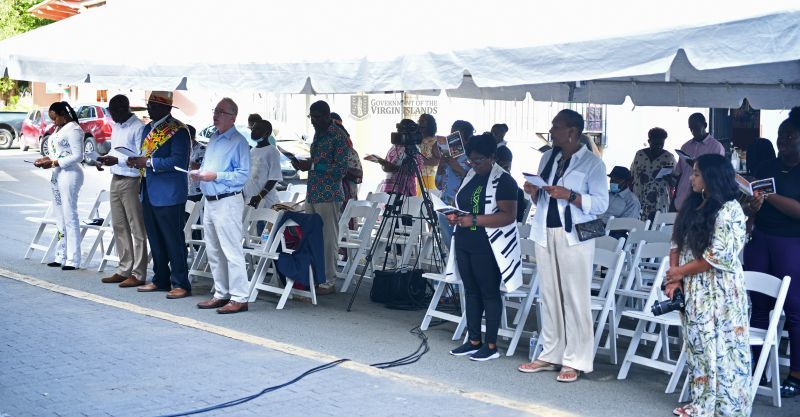 Why was he there?


Many were in shock to see him in July of this year at the Emancipation Celebration opening ceremony where he spoke. This was a local celebration of freedom from the evils and shackles of the slave trade perpetrated by the country Governor Rankin represents, the UK.

It is also alleged that he went to many other local events uninvited. It is the protocol to send His Excellency, the Governor, an invitation to events where it’s appropriate for him to attend.

He was spotted, for example, at the horse races on August Tuesday 2022 at Ellis Thomas Downs, shaking hands like he was an elected politician.

According to a senior retired civil servant whose last assignment was at the Premier’s Office, “the tradition is Governors are not to hold press conferences, interfere publicly in local politics and be around giving the impression that they were elected,”.

She noted that the previous Governor had also departed from that “unwritten protocol”.

Those moves have been reserved for the 13 elected officials of the House of Assembly (HoA), the retired civil servant opined.

It is said the Governor also showed up, allegedly uninvited, at a science fair hosted by the Minister for Education, Youth Affairs and Sports Hon Sharie B. de Castro (AL) and injected himself in photos with the school children. 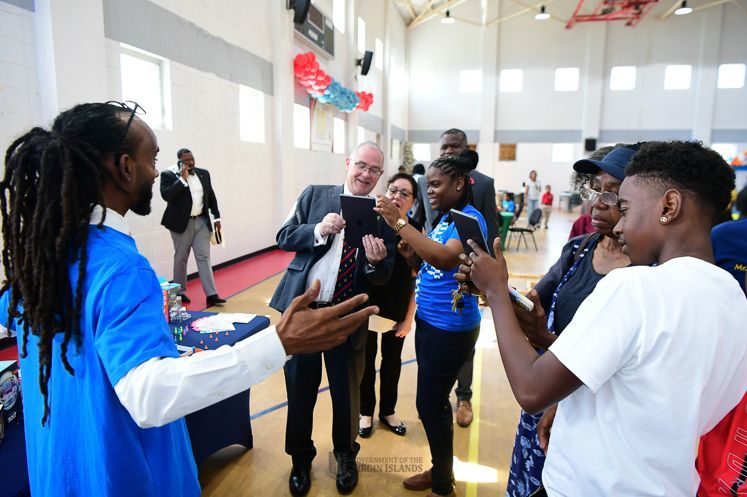 It is reported Governor John J. Rankin, CMG also showed up, allegedly uninvited, at a science fair hosted by the Minister for Education, Youth Affairs and Sports Hon Sharie B. de Castro (AL) and injected himself in photos with the school children.

He forced two nominees on the Territory


It was very controversial when he also injected himself in the Constitutional Review Commission by nominating two persons, despite the strong objections from Cabinet. Many residents saw this as very inappropriate, as the constitution usually comes from the people and must be in line with their aspirations.

There is nothing to prevent the Governor or any other resident from showing up to any public event; however, tradition dictates that Governors will await for an official invitation, which is never unreasonably withheld.

While we know he has new friends all over the Islands in both the public and private sectors, after the Commission of Inquiry report, with a minority of people telling him the UK should recolonise the VI by suspending the constitution, the majority of residents have rejected the notion that the territory should be run by an unelected Governor.

The only place so far the Governor cannot enter without an invitation is the HoA; however, with many thinking he has all the power, anything remains possible.
#Commission of Inquiry  #the Virgin Islands  #John J. Rankin  #Mr Rankin