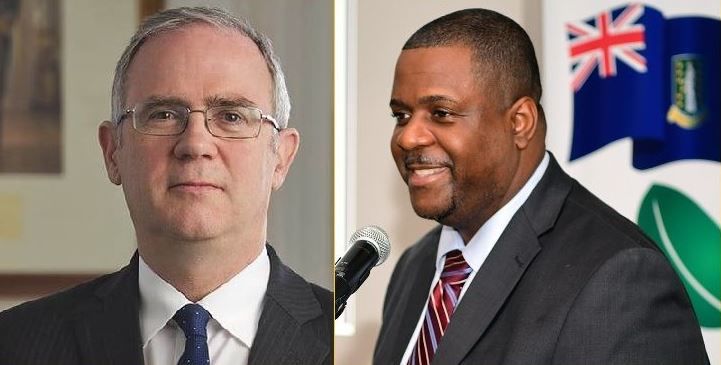 Since the Virgin Islands (VI) came out of Grant-in-Aid in 1978, the Territory has received little or nothing from the United Kingdom (UK). In fact, many have argued that the UK is now a financial liability to the small Overseas Territory (OT), which is why it has become critical for the VI to seek self-determination.

A burden on taxpayers to have a UK appointed Governor

Many critics and scholars of the political and constitutional arrangements with the UK have argued that the local taxpayers continue to be burdened with having a UK Governor, as the Treasury pays the Governor’s staff, his house and office upkeep, landscaping, along with the recent purchase of a new $90,000 SUV and other operational matters at the Governor’s Office. These expenses add up to hundreds of thousands of dollars annually.

Over the last five years alone, millions of dollars of upkeep and other financial support of having a Governor in the VI was spent when that money could have gone to roads, schools and to hire much needed civil servants in some key departments such as Water and Sewerage, Immigration, Customs and new teachers.

When will they keep their word?

With the COVID-19 pandemic, the territory had made linkage with its friends in the Organisation of Eastern Caribbean States (OECS) and the Caribbean Community (CARICOM) to obtain its own AstraZeneca vaccine from India via COVAX.

The AstraZeneca vaccine is produced in two labs; India and Belgium. However, sources familiar with the situation told our news centre that the UK appointed Governor John J. Rankin, CMG offered that the UK will supply all the doses needed and requested that the VI cancels the COVAX order.

When will we get the second batch? Is the Governor misleading us?

The Governor promised the VI that the second dose would arrive in the VI on March 3, 2021; however, that did not happen and there was no explanation.

When asked by the Ministry of Health and Social Development for an update, the same Governor promised a new date of March 15, 2021. It left the Government of the day in a dilemma as to whether or not to vaccinate the residents with the remaining four thousand doses of the eight thousand, knowing that it’s a two-shot dose arrangement.

Again, Governor Rankin assured the Government that the second dose is on the way. Recently, he again changed the date for the arrival of the second dose of vaccine to March 17, 2021, undermining the trust of the people in the UK's ability to gift the territory with anything.

Governor’s Office is cause of confusion on vaccination sites

It is also alleged that Mr Rankin even tried to stop the order placed by the Fahie government with COVAX.

As a result of the ever-shifting UK dates, it has interrupted the Government’s rollout plans and caused many residents to lose faith, with many showing up at vaccine sites last week but were unable to be inoculated.

In an effort to get the programme back on track and keep its promises to the people of the Virgin Islands, the Minister for Health and Social Development Hon Carvin Malone (AL) announced on Friday, March 5, 2021, that through the OECS the Government of Dominica gifted the VI some 2000 doses of the AstraZeneca vaccine. This is expected to arrive today March 7, 2021.

Many critics of the Governor have used this as another example of how the UK and the local Governor’s Office have failed the VI again and even placed the health of residents in jeopardy.

They said staying with the UK is a clear liability for the territory, not only financially but health-wise, as not even a second dose of vaccine as promised by the UK appointed Governor still cannot be delivered, with the ever-shifting of dates.