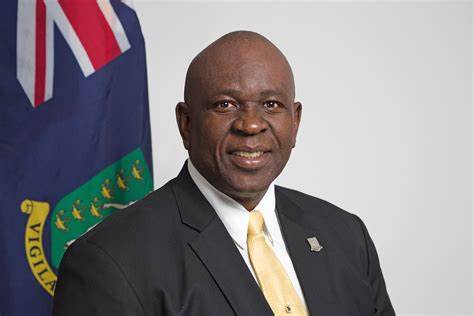 With the territory’s confirmed covid-19 cases now at thirteen, Minister of Health and Social Development, Honorable Carvin Malone has said his Government was strongly advised to cancel group and crowd gatherings for the upcoming Easter weekend to prevent community transmission of the virus.
Honorable Malone through a WhatsApp message, stated that an official update will be made today that will speak to Cabinet’s new decisions.

“Today as Minister of Health, I will give an update of COVID-19 test results; the receipt and administration of additional AstraZeneca vaccines; the decision of Cabinet to reduce crowd sizes for all events, and the strong, very strong advice to consider the cancellation of this weekend’s group or crowd activities and to observe ALL HEALTH & SAFETY PROTOCOLS.”

The Health Minister reiterated the need for mass testing to continue.

“The number of active positive cases is now reported at 13 and this figure continues to slowly climb as the hard working Public Health team conduct their contact tracing exercises. While no drastic actions are required at this time, it is prudent to allow the mass testings scheduled for the 6th through the 8th of April to be completed and avoid any inadvertent spread of the virus,” Honorable Malone later said.

On Sunday March 28th, Health officials from the Ministry of Health in the British Virgin Islands issued a statement informing the public that persons who attended a local funeral on Saturday March 27th should isolate and get tested.

The statement read, “Ministry of Health is notifying the public that a person who tested positive for COVID-19 attended a funeral held on Saturday March 27th, 2021 at the Sea Cow’s Bay Methodist Church. All persons who attended the funeral should isolate for 10 days and contact the Public Health Unit from Monday, 29th March, between 8:30 a.m. and 4:30 p.m. to schedule your test. There is no payment associated with testing.”

Once prompted by Media, Health Officials have since stated that an error was made in the issuing of a Quarantine Clearance letter to a visitor on March 25th after conducting a test the day before on March 24th.

They clarified that the document was quickly retracted and the individual was made aware of their positive status and instructed to remain in quarantine.

The visitor then requested confirmation testing and received two additional (2) positive test as of Friday March 26th, one day prior to the funeral however, was determined to attend the funeral service and officials say went against their orders and attended the funeral despite their instructions.

As a result, the territory now has 13 confirmed cases after weeks of being inactive.
#COVID-19  #AstraZeneca  #Covid  #Vaccines