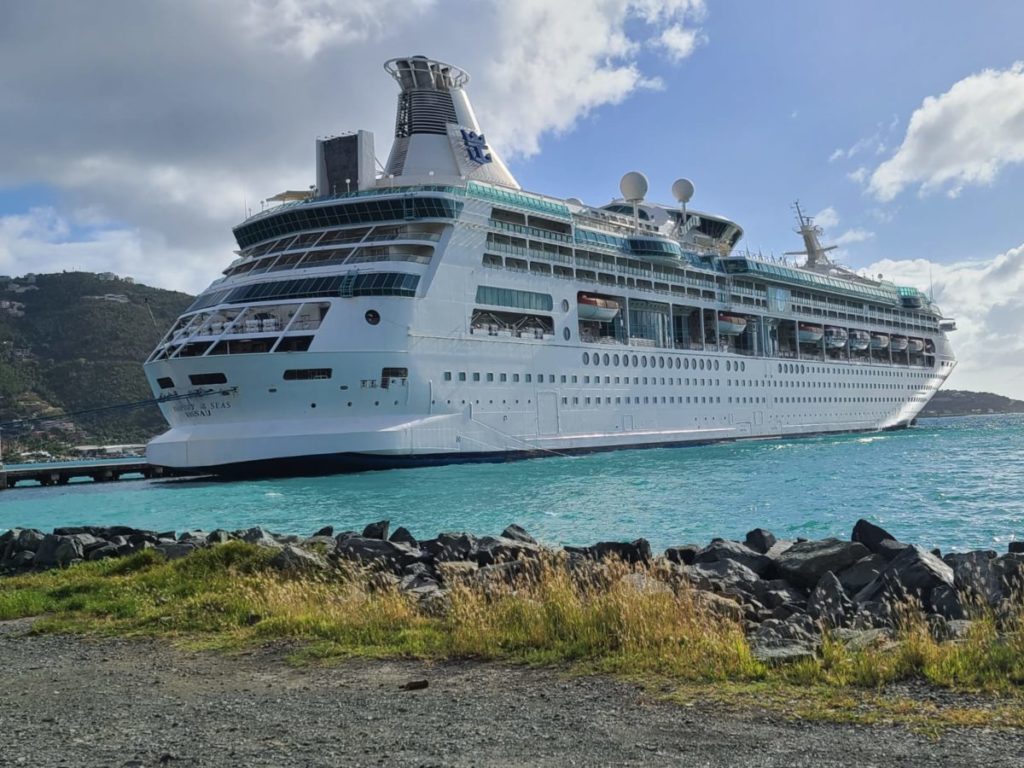 Here’s what the BVIPA earned from warm layups

The BVI Ports Authority (BVIPA) is expected to earn a total of $69,571.47 from the warm layups it facilitated in the territory earlier this year.
In January, Royal Caribbean International’s Grandeur of the Seas and Rhapsody of the Seas arrived at the Cyril B Romney Tortola Pier Park’s port and docked for a few weeks.

Premier Andrew Fahie revealed to the House of Assembly that so far, the BVIPA has received $30,015.84 from Royal Caribbean with the remaining sum expected at a later date.

The Premier said this revenue from the warm layups was vital for the cash-strapped BVIPA which was hard-hit by the COVID-19 pandemic and had not raised its port fees in more than 20 years.

And when Opposition Leader Marlon Penn asked whether the BVIPA incurred any costs to facilitate the warm layups, Premier Fahie said the costs for security personnel was the only one the Authority incurred from the venture.

“The cost to the Authority is the security team which is regularly assigned to the Tortola Pier Park to provide security for the park and the Pier,” the Premier said.

“It was the innovative and proactive move between the government, the private sector and the BVI Port Authority to have the warm layups of cruise ships at the port. It provided much-needed revenue and it was more than what was coming in as the cruise business remains on hold due to the global pandemic,” the Premier added.

The BVIPA – a statutory body – has been making an effort to recover much-needed funds to fuel its operations.

In January, the business community was outraged by the BVIPA’s decision to hike fees as of March 1, 2021.

The BVIPA said the adjustments in select fees was overdue and necessary to efficiently and properly operate and further develop the territory’s port facilities.

However, after much public outcry, the BVIPA rolled back the fees with a promise to implement them at a later date.
#COVID-19  #Covid  #Fahie