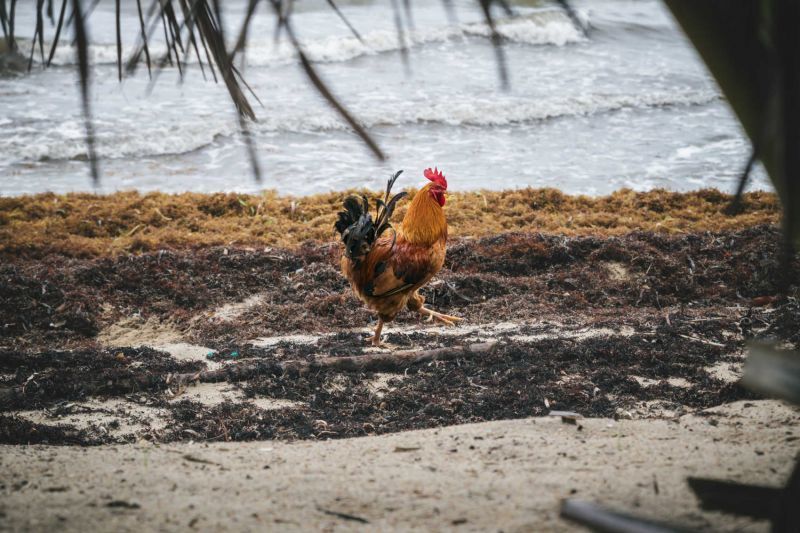 New research into sargassum used as fertiliser has found that vegetables grown in soil that was enriched with sargassum had elevated levels of potentially toxic heavy metals.

The findings have prompted scientists to warn farmers that they should stop using sargassum to enhance animal feeds or as a fertiliser for food crops until more studies can be done.

A joint project between WWF-Mexico and STINAPA Bonaire resulted in an experiment in which one planter box was filled with a 50-50 mix of potting soil and dried sargassum, while the other contained potting soil only. Researchers wanted to test whether the sargassum-enriched soil would result in faster seed development, and whether the vegetables subsequently produced would have detectable levels of heavy metals post-harvest.

What they found was that while there were generally no significant differences in the shapes or quantity of vegetables produced in the boxes with sargassum and without, the planter box enhanced with the algae resulted in vegetables laced with arsenic that was four times as much in spinach, 21 times as much in zucchini, and a whopping 37 times as much arsenic in the bok choy grown in sargassum enhanced soil compared to the bok choy grown without sargassum enrichment. Cadmium levels were also higher in the vegetables grown in the sargassum-fertilised planter box than in those grown in plain potting soil. 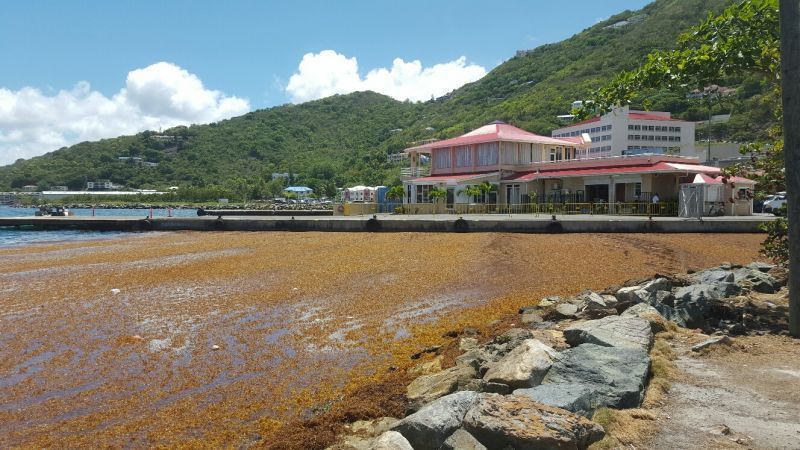 Sargassum seaweed at the Road Town Ferry Harbour in 2019.

The concentration of heavy metals in sargassum found in the Caribbean was already on scientists’ radar. A study published in March of last year analysed sargassum from the same source as this new research and also found it to contain high levels of heavy metals exceeding maximum tolerances for use in products that will eventually find themselves in the human food chain.

While researchers are now urging caution when it comes to using sargassum as fertiliser for crops that are grown for animal and human food, they also emphasise that the implications of these findings is still not quite clear. While elements such as arsenic, cadmium and lead are known to accumulate in biomass and cause health issues related to toxicity, research in the area is not necessarily well-established. Both studies mentioned in this report strongly recommend continued research in the area of how the heavy metals contained in Caribbean sargassum can impact long-term health.

Additionally, some commercial products currently on the market claim to have eliminated the heavy metal threat by processing the sargassum into liquid fertilizer.

Since 2011, the floating brown seaweed has posed problems for the people and economies of the Caribbean that governments have been desperately trying to solve. One idea was to use the organic matter that was piling up on beaches across the region to fertilise crops. Now, it is more evident than ever that additional thought needs to be directed toward solving the sargassum problem.