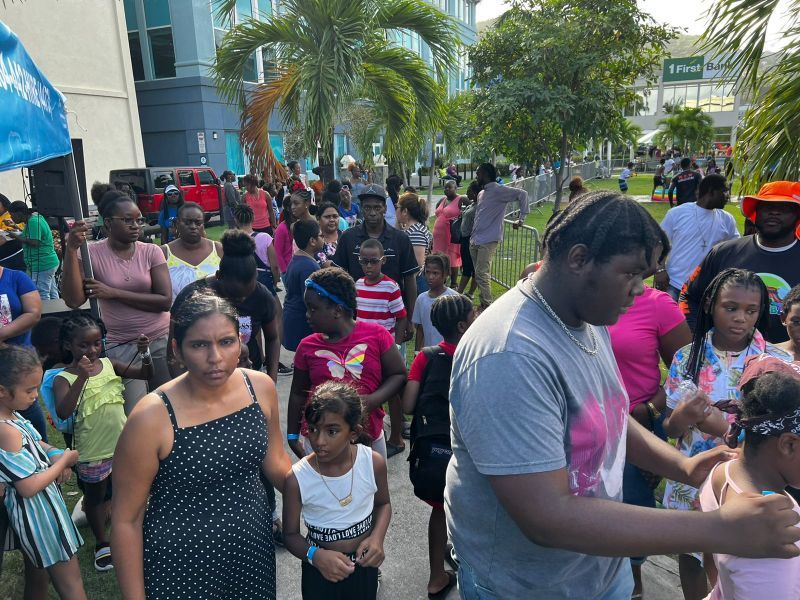 The organisers and their sponsors gave away hundreds of school supplies to children throughout the Virgin Islands.

Rekeema S. Turnbull, the founder of HireBVI said: “We at HireBVI were grateful to see all of the parents and children in attendance. The smiling faces for me were the best part of the event.”

The activities included exhibitors on site, from a dance school to an event planner and a pediatrician. There was also an ice cream truck and food vendor present.

HireBVI also had on display its corporate collaborator, Caribbean Cellular Telephone (CCT), on-site. There was a moment when Tola the Turtle from National Bank of the Virgin Islands (NBVI) came through to assist in the distributing of bags and supplies, much to the delight of the children.

The fun event also included a wet dunk for both children and some celebrity adults, including Premier and Minister of Finance Dr the Honourable Natalio D. Wheatley (R7) and Minister for Natural Resources and Labour Hon Melvin M. Turnbull (R2). Former Speaker of the House of Assembly Julian Willock was also listed as one of the persons to be dunked; however, we were told he did not make the event.

According to the Turnbull for Change Facebook page, Hon Turnbull’s name was temporarily changed from the Minister of Labour to the "Minister of Water" because he was dunked over 14 times, “but he said it was worth it, seeing the smiles of the faces of our children.”

HireBVI's Ms Turnbull noted that her organisation was “grateful to God first of all, and all the corporate collaborators, supporters, volunteers, the politicians that actually came out to be dunked, and my awesome team at HireBVI”.

This is now the fourth anniversary of HireBVI doing this event and noted it will be done each year to demonstrate it cares and upholding its corporate responsibility to give back. 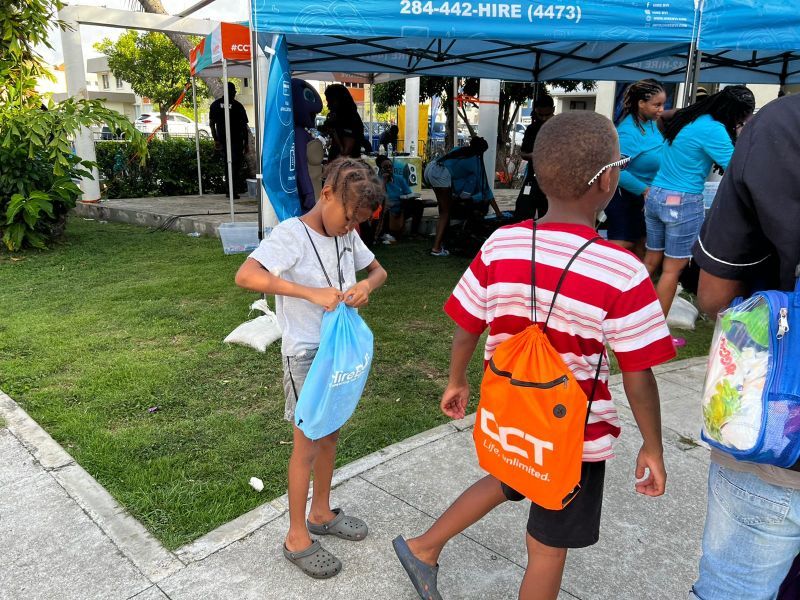 A few children with their supplies received at HireBVI's Back 2 School event on August 27, 2022. 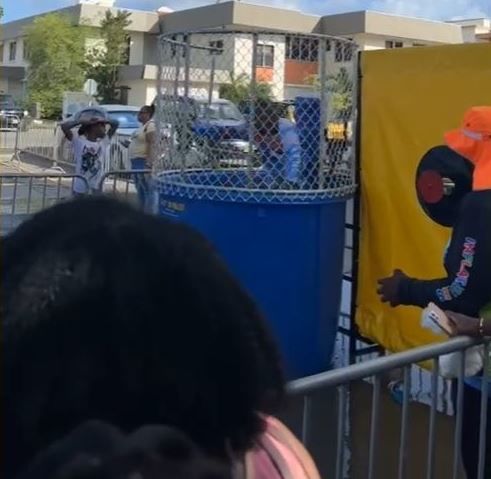 Premier and Minister of Finance, Dr the Honourable Natalio D. Wheatley (R7) being dunked at the HireBVI Back 2 School event on August 27, 2022. 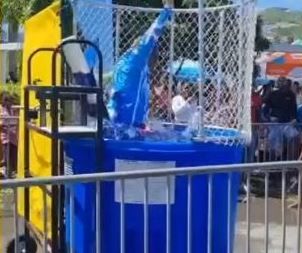 Minister for Natural Resources and Labour Honourable Melvin M. Turnbull (R2) being dunked at the HireBVI Back 2 School event on August 27, 2022. 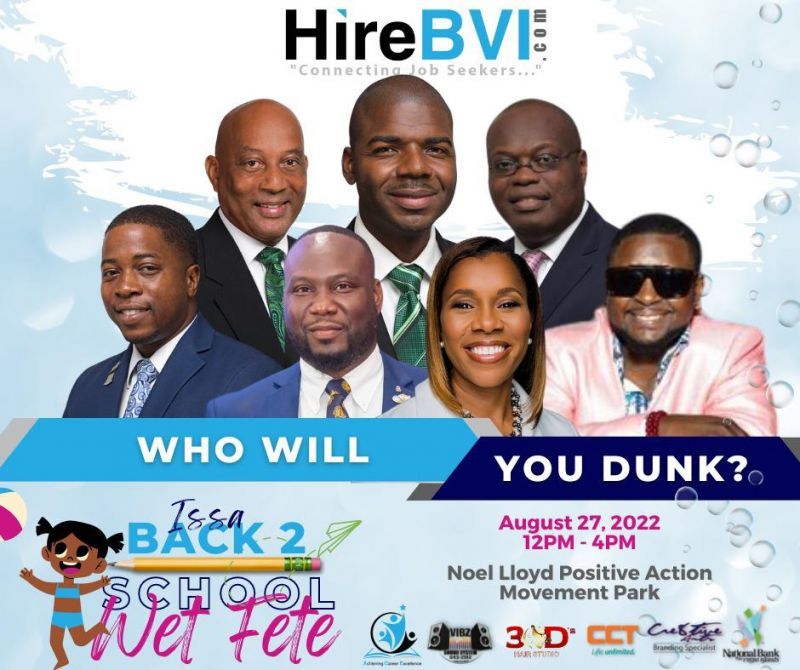