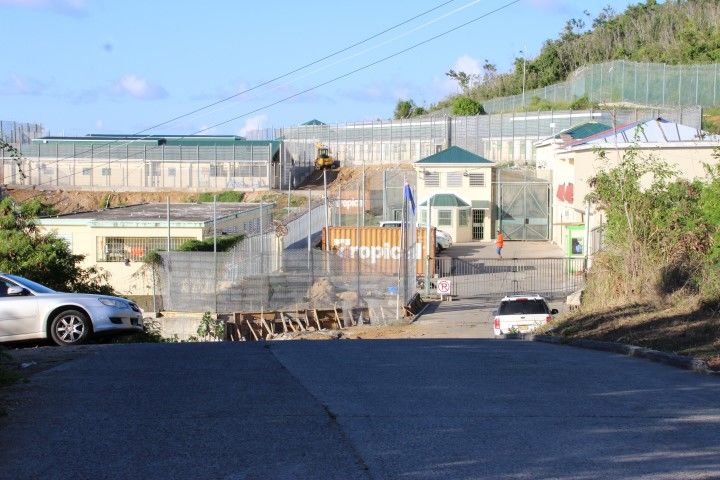 An independent review of operations at His Majesty’s Prison in Balsam Ghut has returned a scathing report about security at facility.

This is according to Governor John Rankin who shares joint responsibility for the prison with the territory’s Minister of Health & Social Development.

The group who conducted the Prison Security Review, which happened under the direction of the National Security Council, consisted of four members. They included the Superintendent of His Majesty’s Prison in Anguilla and two former Chief Inspectors of the Royal Virgin Islands Police Force.

The review concluded that ‘the estate had been neglected for many years’, ‘physical security at the prison was poor’, procedural security was ‘virtually non-existent’, and morale of staff was very low,” the Governor stated.

He further said the review made more than 50 recommendations that covered security and repairs, prison operations, procurement, staffing and oversight, as well as rehabilitation.

Rankin also indicated that a Prison Security Review Implementation Committee was established to roll out the recommendations. This committee, which will be co-chaired by the Governor and the Minister of Health & Social Development, currently meets monthly and meets with the co-chairs quarterly.

In giving an update on the changes made so far, the governor said, “a number of urgent repairs have been carried out at the prison, and CCTV is being installed.”

“The UK deployed three UK prison officers for three months to HMP Balsam Ghut, who helped the Superintendent write and update operating procedures. The UK has also provided a range of new equipment, including mattresses, prisoner uniforms, handcuffs, and other basic essentials; as well as body worn cameras and training for staff on how to use them,” Rankin added.

He continued: “The Ministry of Health and Social Development has completed urgent security repairs at the prison and provided some infrastructure upgrades. In September, a senior former UK Prison Governor arrived in BVI for six months. He is working alongside the Prison Superintendent to help implement the remaining recommendations, together with the Prison Security Review Implementation Committee.”

The Governor gave that indication on Tuesday in his first quarterly review of the ‘Framework for Implementation of the Recommendations of the Commission of Inquiry Report and Other Reforms’.

This review has been sent to ministers in the UK for consideration. He promised to hold a press conference once he receives their response.

Over the years, the Balsam Ghut-based prison has seen a variety of contraband smuggled into the facility and has been faced with issues of stabbings — one fatal, as well as serious staffing issues as it relates to manpower and inappropriate conduct of officers. One ex-con disclosed to BVI News that select inmates were inconspicuously made to leave the prison for minutes to hours at a time at the pleasure of prison officers.