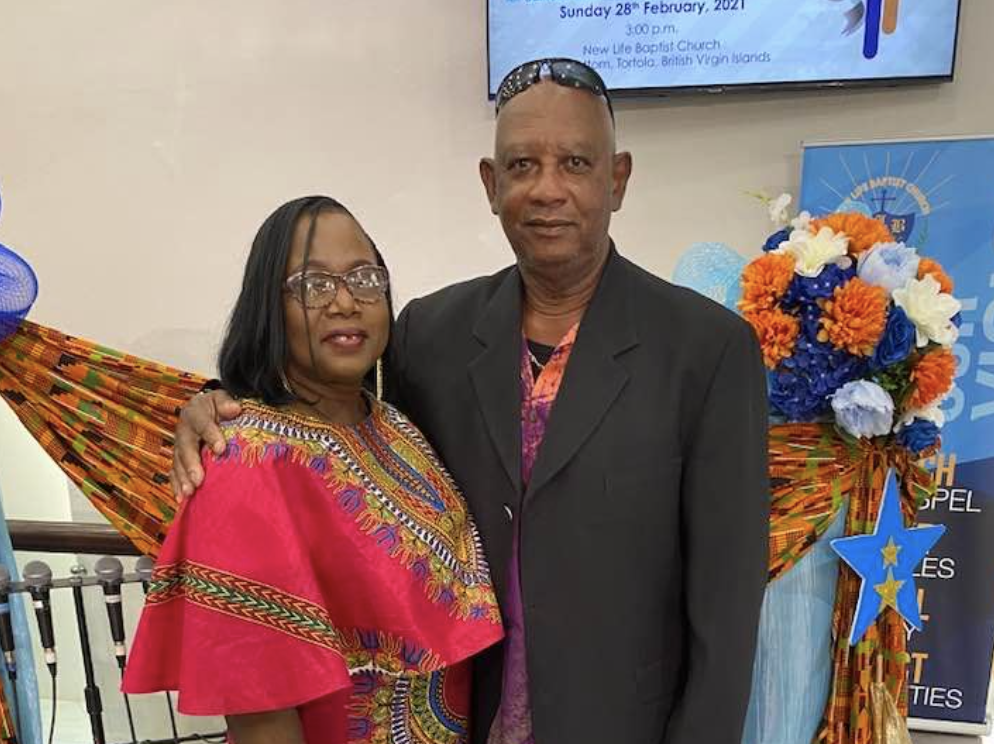 In a touching show of unity, the members of the House of Assembly paid tribute to the recently deceased Emmett Caines, the husband of Sixth District Representative Alvera Maduro Caines.
Speaking during the sitting earlier today, Premier Dr Natalio Wheatley issued condolences on behalf of the entire government. He said he understood his colleague is hurting at this point as she lost her life partner and he asked people to show compassion and understanding.

“We pray that God wraps his comforting and healing arms around her and the family in this difficult time and we as her colleagues stand beside her and we support her, and we love her, and we will help her through this difficult area. I certainly ask that the public have some understanding as well. Send thoughts, prayers, and condolences but of course, she is a representative of the people, and she would be expected to have some time to grieve with her family she should be given that time which I know everyone would understand,” Dr Wheatley said.

“Of course, these condolences are extended to the entire family. We don’t have a blueprint for dealing with matters like this because if we do, it would be simple and the pain would be less,” Fraser said.

Territorial At-Large Representative Shereen Flax-Charles shared some fond memories she had of Mr Caines and how he would always look out for her husband.

“I got to know Emmett since I got elected. He is a very generous man. I remember when my husband did the solar course at the college. He would bring food and always put aside a special plate of food for my husband. That was the genuine kind of person he was and so we are going to miss him a lot, but Honourable Maduro-Caines knows that we are here to support you in every way that we can,” Flax-Charles said.

Carvin Malone, a longtime friend of Mr Caines also shared in the grief of his passing.

“It is time like these that you get lost for words because it was Thursday last week, I left my office in Pockwood Pond and said I am going directly to the hospital to visit my friend and I did and 24 hours later, the condition he was in at the time was basically concerning but I love to remember people for their contributions and for persons and for their footsteps they leave in the sands,” Malone said.

Meanwhile, a long-time colleague of Maduro-Caines Marlon Penn spoke about the contribution Mr Caines had to the BVI society.

“I thought it would be remiss of me if I sat there and did not say anything after all my colleagues had already spoken. I joined all my colleagues in the remembrance and sentiments about Mr Caines and our Honourable colleague all of which I know to be true. I did not have a very personal relationship with Emmett, but his wife and I have been on this political journey. We started together in 2010,” Penn said.

“Through Honourable Caines, I got to know to Emmett a little more in terms of the man he was. A devoted husband, a committed businessman and committed to these Virgin Islands. He is one of those individuals who migrated to the BVI and migrated to contribute and he contribute tremendously to the social fabric and development of the territory,” he added.

Ninth District Representative Vincent Wheatley noted the death has had a major impact on Maduro-Caines as Mr Caines was her rock.

“I found [him] to be an encouraging person. What I remember most of Emmett was his great support of Honourable Caines. I don’t know how she would manage without that tower of support that he represented in her life. She believed in him, and he believed in her. I spoke with her briefly yesterday and it is rough. It is a great challenge for her and her family,” Wheatley said.

Minister for Labour Melvin Turnbull recalled visiting Nevis with both Maduro-Caines and her husband and getting a better understanding of why Mr. Caines was kind-hearted.

“I had the privilege of travelling with both of them to Nevis to visit his parents and got to hear from his parents and two of his siblings on how they were raised, and it help me to understand how easy it was for him to be as selfless and caring as he was because he gave of himself. He gave when you did not expect it and it had a tremendous impact on my life,” Turnbull said.

Both the Speaker of the House, Corinne George-Massicote and the Deputy Speaker, Neville Smith paused to offer condolences as well and were the first members to do so publicly today.