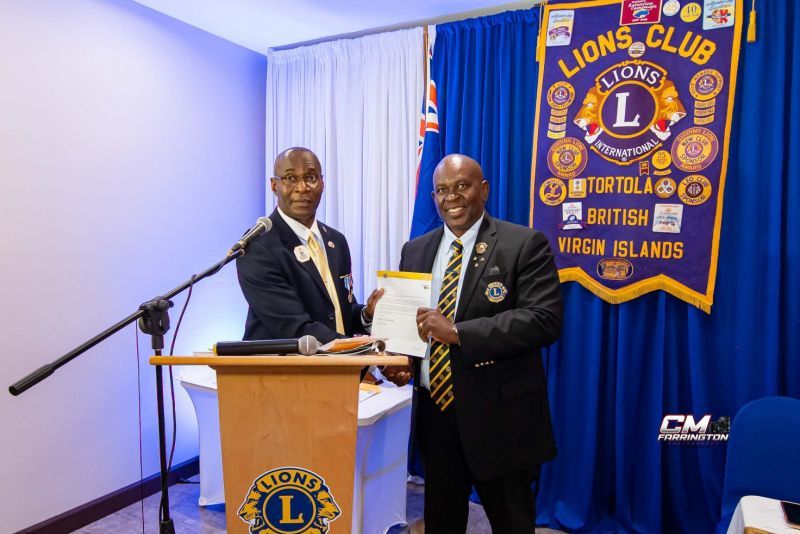 Four-term President of the Lions Club of Tortola Hon Carvin Malone (AL) has been conferred with the award of Progressive Melvin Jones Fellowship by Lions International.

The presentation of the award, which is the highest recognition from the Lions Clubs International Foundation (LCIF) being given to members who have rendered outstanding community services, was done at Maria’s by the Sea on Saturday, May 7, 2022.

“I am privileged and pleased to have been awarded and recognized by Lions International as a “PROGRESSIVE MELVIN JONES FELLOW,” Hon Malone, the former Lions President, wrote on his Facebook page.

Hon Malone, the former Minister for Health and Social Development, has the distinction of serving 4 terms as President of the Lions Club of Tortola. 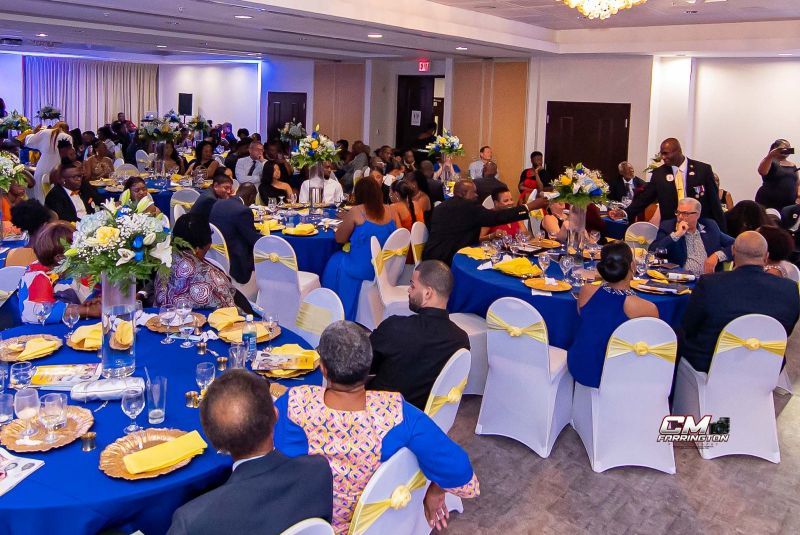 The presentation of the Progressive Melvin Jones Fellowship award to Hon Carvin Malone (AL), which is the highest recognition from the Lions Clubs International Foundation (LCIF) being given to members who have rendered outstanding community services, was done at Maria’s by the Sea on Saturday, May 7, 2022.

During his terms as President, the Lions Club was able to initiate or accomplish several ‘Legacy Projects’, including Certifying several educators in the Lions Quest Skills for Growing Programme; Initiated and conducted Lions Sight-First Primary Schools Eyes Screening Programme; and Designed, produced and installed several “Lions Welcome Signs” throughout Tortola.

Hon Malone also represented the Lions Club of Tortola in the formation and as Chairman-elect of the BVI Humanitarian Relief Consortium which was incorporated to provide a joint response to disaster relief in each membership territory, commencing with Haiti.

During his time as President, the Lions Club also facilitated the regrowth and resurgence of Tortola Leos Club from the low of 6 members to the growth of more than 20 members.

“Together with our sponsorship partners, purchase and donated to the BVI Health Services Authority both an Ultra Sound Machine and an Orthopedic bed,” Hon Malone wrote.

The Lions Club also invited and sponsored over 20 service minded individuals to join and become members of the Lions Club of Tortola during Hon Malone’s 35 years history with the club.

Additionally, the Lions Club of Tortola was recognized as “Club of the Year” and Hon Malone was awarded “President of the Year” by Lions Sub-District 60B, Lions Region 2 and Lions Zone 2A for the Lionistic year 2016-2017.

“As a proud member of the Lions Club of Tortola I am committed to our club’s Motto of ‘We Serve’ and I am equally committed to serving the Virgin Islands throughout the years,” Hon Malone stated.