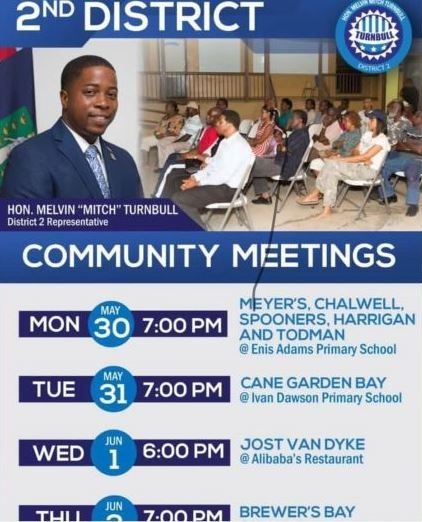 A minister in the National Unity Government, Honourable Melvin M. Turnbull, who represents the Second District, has announced a series of public meetings within his constituency.

The meetings will take place from May 30 to June 1, 2022, in three different locations within the district.

It is unclear if Hon Turnbull will be representing himself as the District Representative or will be going as part of the recently formed National Unity Government that comprises three political parties.

An early distance from?

In the flyer posted on social media, Hon Turnbull who has been in office since 2015 noted that “you are invited to join your representative for a week of community meetings.”

He has not made it clear if his other coalition partners of the Unity Government will be in attendance and Hon Turnbull did not respond to our request for comment at the time of publication.

The coalition regime was put together as a policy of appeasement for the British over a Commission of Inquiry (CoI) report that recommended direct rule of the Virgin Islands. That notion has been rejected by a majority of residents, and regional and international governments and organisations.

Many believe the CoI report was one-sided, as it gives all subjects under the portfolio of Governor John J. Rankin, CMG a pass, but blamed everything on the locally elected government over the past 10 years. 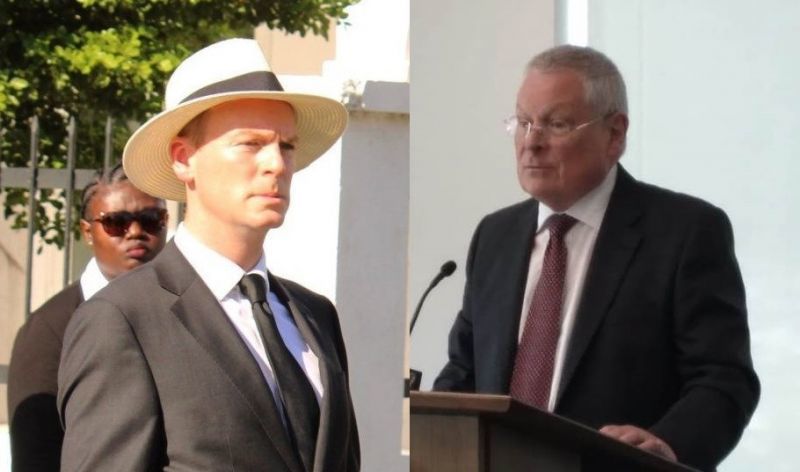 Many view the Commission of Inquiry (CoI) report as another attempt by the United Kingdom to recolonise people of colour using their might and power with a biased report in which laws were broken by the former Governor Augustus J. U. Jaspert, left, and the Commissioner Gary R. Hickinbottom, right, to come up with the report.

Not committed to the rule of law!

Many view the report as another attempt by the United Kingdom to recolonise people of colour using their might and power with a biased report in which laws were broken by the former Governor Augustus J. U. Jaspert and the Commissioner Gary R. Hickinbottom to come up with the report.