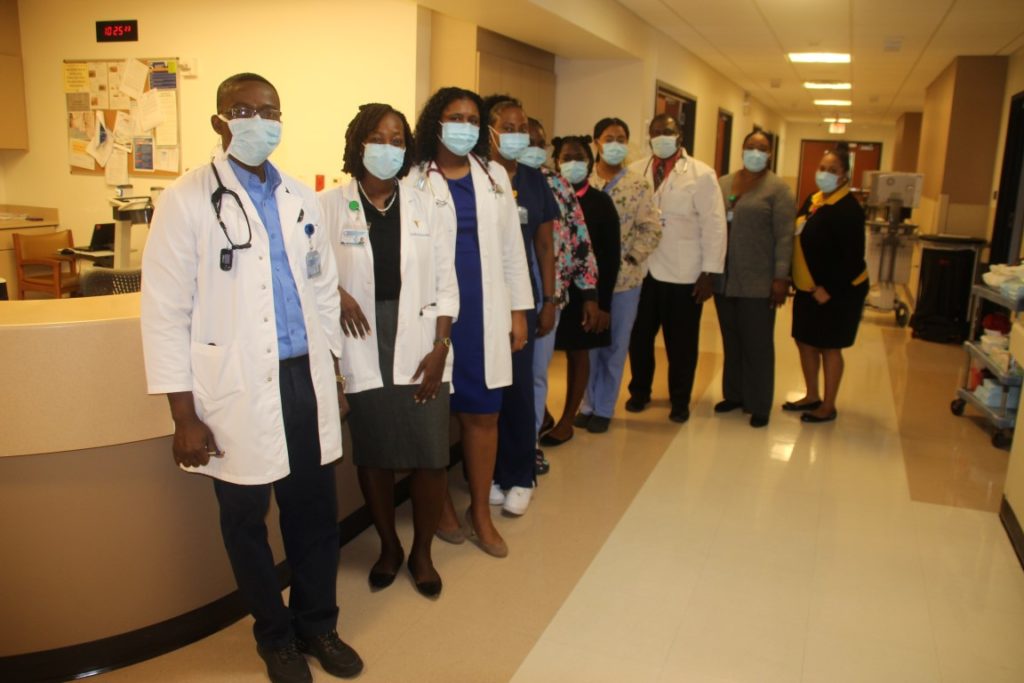 Staff at the Dr D. Orlando Smith Hospital were left traumatised after coming face to face with the unusual reality of nearly four deaths per day during the height of the BVI’s COVID-19 surge in recent weeks.

CEO of the BVI Health Services Authority (BVIHSA), Pat Malone-Smith said hospital staff have since been engaged in counselling as a result of this reported trauma and have been involved in both one-on-one and group sessions.

Meanwhile, the CEO said it was important that support was offered at this time and noted that there is also a team in place for staff to speak with wherever the need arises.

Though acknowledging that other countries might currently be experiencing their third or fourth COVID-19 surges, Malone-Smith said she hopes this current uptick in cases will be the BVI’s only surge.

According to the CEO, the hospital was also actively seeking help to relieve its overburdened staff. She said respiratory therapists, ICU-trained nurses, and ER-trained nurses are among the types of healthcare workers being sought to lend assistance.

Malone-Smith further said the neighbouring US Virgin Islands has been assisting with finding supplemental staff, adding that three physicians from the United States — either trained for the Intensive Care Unit (ICU) or Emergency Room (ER) — are expected this week to help relieve doctors at the Road Town-based hospital.

At the time, Malone Smith indicated that at least 75 of the 168 staff that had tested positive for COVID-19 or were exposed to the virus have since returned to duty.

She thanked community members and businesses who reached out and offered food for the staff who had been hard-pressed for weeks by the overwhelming number of persons who tested positive for the virus.

The CEO said while this support was great to have, she hopes there would be no reason for it to be needed again in the future.

Since the start of the outbreak this month, some 25 persons have died in COVID-related circumstances at the Dr D Orlando Smith Hospital while more than 1,600 persons were recorded as COVID-19 positive at one stage.

Positive cases have since reduced to a little more than 1,100 persons, according to the latest figures released by health officials.