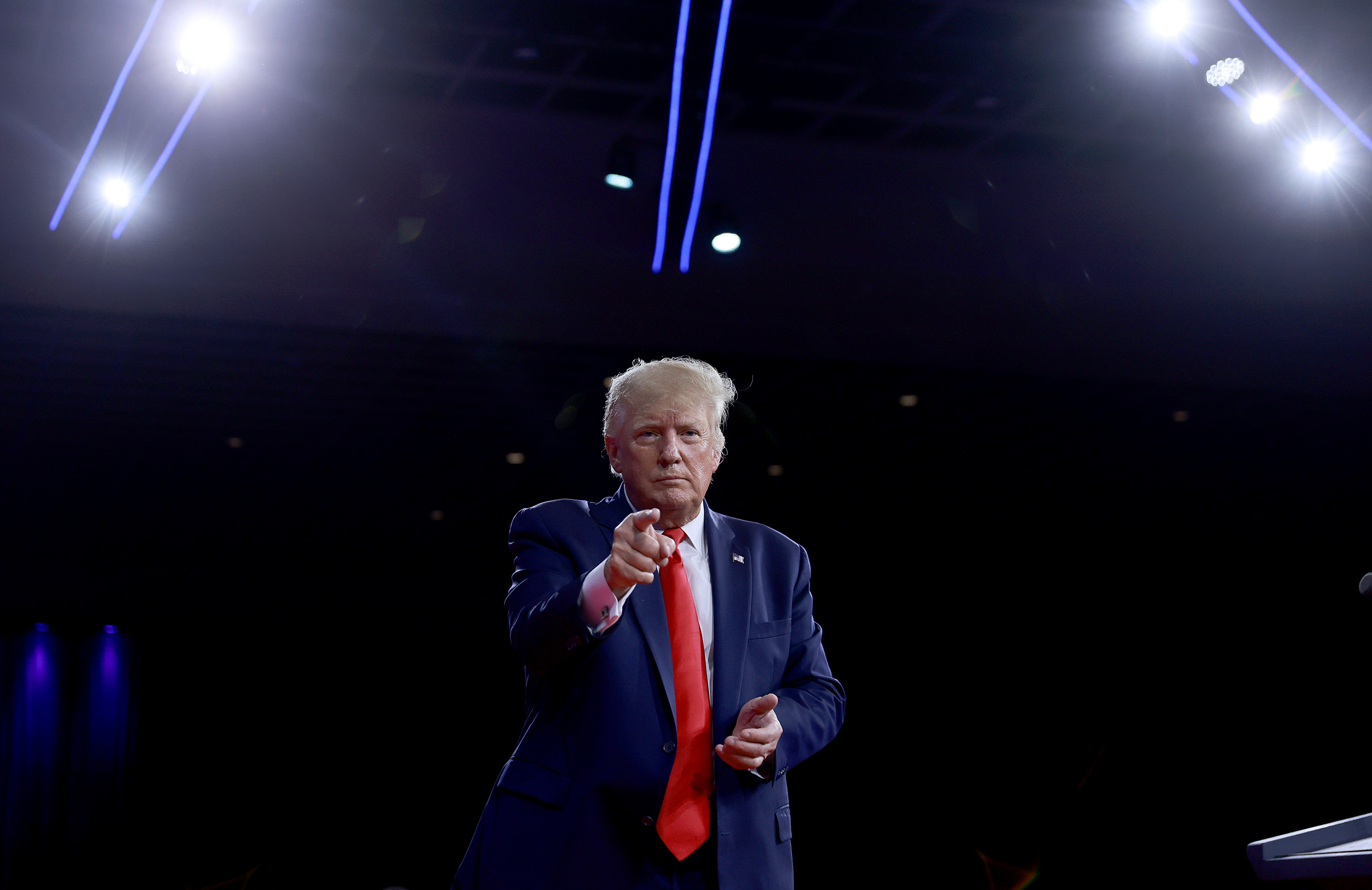 The move could pile on to the controversies surrounding the former president.
House Democrats will likely unmask new details about former President Donald Trump’s long-hidden taxes following a key meeting now set for next week.

That would be a highly unusual move sure to ignite another post-presidential controversy surrounding Trump, who is running again for the White House.

Ways and Means Committee Chair Richard Neal won access to Trump’s filings in November, after a long court fight, but they remain closely held, with only a handful of lawmakers and aides allowed to examine them. They’re still protected by strict privacy laws that make it a felony for anyone to divulge even basic details about Trump’s taxes.

But there is a way around those rules: Neal’s committee could vote privately to make them public, and that’s what the Massachusetts Democrat wants his colleagues to consider in a closed-door meeting now set for Tuesday at 3 p.m.

Democrats intend to release specifics from the returns, though what exactly will be unveiled is unclear. They could release Trump’s entire returns or perhaps something more limited, such as a summary.

Most of Neal’s colleagues have yet to see the filings, though he has granted access to the panel’s ranking Republican, Rep. Kevin Brady (R-Texas).

It would be extremely rare for lawmakers to forcibly release someone’s tax information, especially a former president’s, and Trump was not legally required to disclose any of his tax information while he was running for president or after he was elected.

But he defied a decades-old tradition of presidents voluntarily releasing their returns, incensing Democrats, who waged a three-and-a-half year court fight for the documents. A century-old law allows the heads of Congress’ tax committees to see anyone’s returns.

Many Democrats say the public has a right to know where the president’s earnings come from, and how much he pays in taxes. They also want to know how vigorously the IRS has been implementing a long-standing policy of automatically auditing every president.

“Nearly four years ago, the Ways and Means Committee set out to fulfill our legislative and oversight responsibilities, and evaluate the Internal Revenue Service’s mandatory audit program,” said Neal, in a statement.

“As affirmed by the Supreme Court, the law was on our side, and on Tuesday, I will update the members of the committee.”

Democrats believe the law granting Neal access to the filings only applies to the chairs of the tax panels, not their ranking members, so they’re racing to act before Republicans take over the House on Jan. 3.

Neal demanded Trump’s personal returns and filings for eight business entities from 2015 to 2020.

That overlaps with some of the records previously reported by the New York Times but also includes ones from additional years.

Trump’s real estate business was convicted earlier this month of tax fraud. He is promising an appeal.

Republicans say Democrats want to embarrass Trump, and that releasing the returns would create a bad precedent that may be used against others.

Republicans, though, released protected tax information about conservative groups during the Obama administration, as part of their investigation into whether the IRS had discriminated against groups seeking tax-exempt status.

Before that, amid a controversy over former President Richard Nixon’s taxes, experts say Congress released some of his private information alongside filings that Nixon had voluntarily disclosed.
#Donald Trump