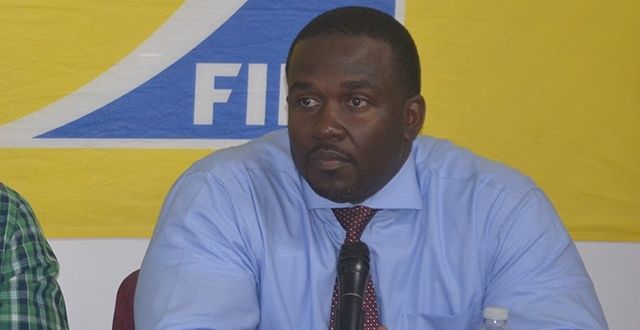 House Speaker Should Be Decided By Voters - Penn

Opposition Leader Hon. Marlon Penn said the post of Speaker of the House of Assembly (HoA) should be attained by public votes.
Hon. Penn said during his Position Statement and expounded his point during his recent appearance before the ongoing Commission of Inquiry that the days of nominating the Speaker should be a thing of the past.

He added, “There are some schools of thought that believe that the Speaker should run independently. You run to be a Speaker versus you run to be a member, and then you selected to be the Speaker. But my position is; however we construct however we do it, it has to be an elected member versus a nominated member.”

Currently the post of Speaker of the HoA is being occupied by Hon. Julian Willock.

Notably, when he was selected for the post, there was staunch opposition, and persons even went as far as making a petition with a view of having him removed.

The petition was launched on Friday, March 29, 2019, by an online user ‘Devon Daniels’ who stated the reason for the petition was because the Hon. Speaker’s tenure had been controversial from the start and an embarrassment to democracy.

“He has demonstrated that he has no impartiality, holds personal grudges and will use his position and power as Speaker to exact bias, take revenge and cause confusion. Therefore we call on the Governor and Premier of the British Virgin Islands to revoke his appointment with immediate effect,” the organisers of the petition claimed.

However, Deputy Premier Hon. Dr. Natalio Wheatley said in his view, Hon. Willock had done nothing wrong to warrant his dismissal from the post and called on residents to give him a chance.
#Commission of Inquiry