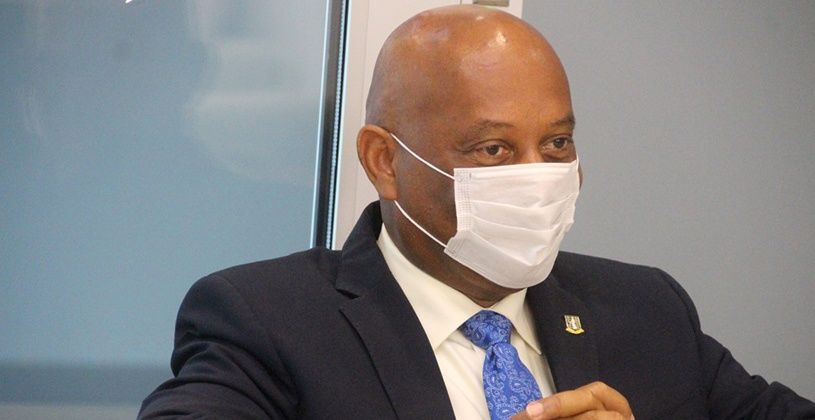 During Wednesday’s September 8 live hearing of the Commission of Inquiry (CoI), Commissioner Hon. Sir Gary Hickinbottom seemingly opposed Minister for Natural Resources, Labour and Immigration Hon. Vincent Wheatley’s statements that despite being hand-picked, members of statutory boards are expected to be apolitical during their tenure.
“Boards are supposed to be autonomous, but … by choosing people whose commitment to the policy agenda of the government is paramount when selecting board members, is that not an overtly political act?” Commissioner Hickinbottom asked.

The Commissioner was referring to the new policy of the Hon. Andrew Fahie led-administration that now limits the tenure of board members to the time that the ruling government is in office.

In retrospect, Hon. Wheatley said he agreed, adding: “Maybe the whole process of selecting persons needed to be looked at, but we have to make a decision, we have to appoint persons. We don’t go base on the person’s political affiliation; we are not supposed to know. I don’t know who these persons vote for; these are persons you look at their competence and their abilities, to carry out the mandate, not their political affiliation.”

“The perception could be you are only choosing persons, but what about those members who you met on a board and you don’t move? Are you going to say they are apolitical and the ones you brought on are not? I don’t think that’s fair,” he added.

Hon. Wheatley further explained that under the new policy, replacing the entire board was an option, but it does not mean that it will be done.

“In our context, I don’t see any real reason to change every board member now, but maybe in another context or something, it maybe the wise thing to do. What this does is it gives you the option of standing the best chance of achieving your mandate,” he said.

“By your mandate, you mean your political agenda?” Commissioner Hickinbottom asked.

Hon. Wheatley also pointed out that the possibility of having a challenge with members who were hand-picked by previous administrations could affect the government’s work.

“There is evidence of this …it is a risk that it might not be shared the way you think it is going to be shared. The aim is to reduce that risk as much as possible," the Minister told the CoI.
#CoI  #Hickinbottom  #Commission of Inquiry  #Fahie