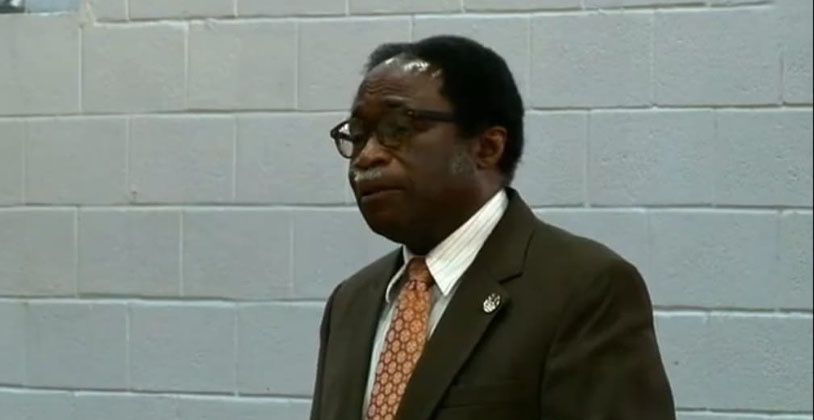 How Could That Be? Convicted Murderers From Abroad Are Here!

Hon. Fraser’s remarks were made on Thursday August 26, during the debate on the Immigration and Passport (Amendment) Act 2021 in the House of Assembly.

“Convicted felons, murderers in this territory from overseas! They are not from here! People who have committed murder served a conviction in their country they are here! I don’t see that in this schedule.”

He continued: “Mr. Speaker, I will submit to the Minister for Immigration that the same courage he had to bring before this House an amendment to this Bill, something that those before him fought to keep out I want to tell him Mr. Speaker to bring those kinds of legislation before us. You are a convicted murderer; wherever you come from, you ought to stay there!”

The legislator also argued that persons are also getting into the territory by identity theft.

“Then you have cases where people are coming here using their brother’s identity. How come that happen? How did they get here? How could we allow that to happen? And everybody knows who these people are! Like I said, Mr. Speaker, in the Virgin Islands, we know more than we let on, a whole lot more.”

Hon. Fraser had another issue with persons who are found hiring illegal workers being fined $20,000 as per the proposed amendment.

He said: “the schedule says harbouring/maintain/employing persons landed without permission, $20,000. Harbouring? yes; maintain? yes, employing? I have a little problem here. How many times you asked a guy to paint your house do you ask him for his immigration documents?”

Hon. Fraser then gave a scenario.

“I am coming from Fish Bay, with two 5 gallon pails of paint in my vehicle and five rollers, when I get by the Market Square – now this is not a true story, this is a for instance – and when I get by the Market Square, I see six guys sitting down under the tree. And I hail out to them, and I say “you guys doing anything?” they say “no”, I say “I need my house paint”, they say “yes they can do it”, and I pick five of them up, not me, Joe Blow," he stated.

The Third District Representative added, "so essentially, Joe Blow is employing five guys he never met in his life, he don’t know their horse from their saddle. So now you telling me that he falls in this category where he will be charged $20,000 if he is caught?”

He argued that the assumption is every man, woman and child walking the streets of the BVI are here legally.

“If they are not here legally, that means immigration is not doing their job, so why penalize me for you not doing your job? You should have picked those guys up before I got to them,” he pointed out.

Minister for Immigration Hon. Vincent Wheatley later informed the House that he would insert the word ‘knowingly’ into that clause, which would then reflect, if someone knowingly employed illegal persons, they would be fined $20,000.