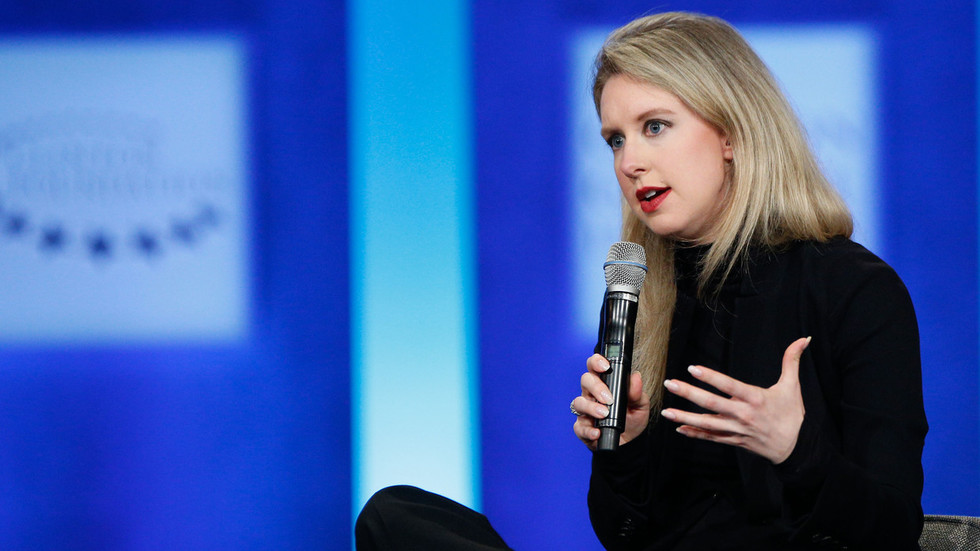 How girl power played its part in Elizabeth Holmes’ downfall

As the shamed Theranos founder faces years behind bars, it’s worth reflecting on how many feel she exploited her gender to achieve success – and there were plenty of people happy to let her do so.

Once the darling of the biomedical technology industry, Elizabeth Holmes has just been found guilty of four counts of fraud. Each count carries a maximum sentence of 20 years in prison, although Holmes is expected to appeal.

Holmes’ convictions relate to her now infamous start-up, Theranos, which promised investors and patients alike the ability to run comprehensive blood tests at a fraction of the cost of competitors, using a single, portable machine, and just a drop of blood. And if that sounds too good to be true, as the world would soon find out, that’s because it was.

The machines didn’t work. Holmes knew they didn’t work. And rather than come clean, when a lucrative deal with Walgreens was struck to provide testing for actual patients, specimens were sent out to third-party conventional labs, or when tests were conducted with Theranos machinery, they received faulty results.

This scandal has been blamed on everything from the American healthcare system, to Silicon Valley hype culture and even capitalism itself. But when looking back at the Theranos saga, from the company’s inception to its founder’s downfall, it’s impossible to overlook the role that Holmes’ gender has played in making this story a standout, for better or worse.

Holmes founded Theranos in 2003, when she was a 19-year-old student at Stanford, and within just ten short years, the company had raised approximately $700 million from investors and exploded to a valuation of around $10 billion.

Such a rush of success was doubtless due in part to Holmes’ charisma, intelligence, and her (overly) ambitious product concept. However, in a sea of entrepreneurs, it can’t be denied that a female CEO contributed to Theranos’ novelty, and that the ensuing fawning media coverage aided in attracting capital.

Over her tenure as Theranos CEO, Elizabeth Holmes was named a Woman of the Year by Glamour magazine, and Inc. labeled her one of the eight women who could “own the future.” More generally, Holmes was also given the honor of hosting a TedTalk, graced numerous magazine covers, and was a fixture at elite events, such as award shows.

This growing persona as an empowered, female Steve Jobs is one that Holmes leaned into, going as far as to match her wardrobe to Jobs’ signature black turtlenecks. But for all the puff pieces in publications such as Forbes and Fortune, it’s important to remember that Theranos’ actual offerings never amounted to much more than vague promises.

And although Holmes would surely deny the assertion, at least one person has implied that her feminine wiles may have contributed to her fundraising success. Dr. Phyllis Gardner, a former professor who taught Holmes, has labeled Theranos’ generous investors as “older white men” who “weren’t thinking with their brains.”

From femme fatale to victim

Curiously, however, since the Theranos empire crumbled and Holmes was charged with fraud, this girl power facade began to shift into something decidedly more vulnerable. Over the past couple of years, not only have her black turtlenecks, up-dos, and khol-heavy eyes been traded for more feminine attire, tousled curls and soft make-up, but Holmes and her team have also attempted to distance her from the inner-workings of the company.

Far from the plugged-in CEO and core decision-maker that earlier PR efforts had made her out to be, Holmes’ defense instead aimed to paint her as merely one of many in leadership roles at Theranos. Yes, the company made mistakes and misled investors, but that wasn’t on Elizabeth personally, it was argued.

Furthermore, one shocking justification for Holmes’ conduct that was revealed during the trial was the allegation of abuse against Ramesh Balwani, Theranos’ COO and her then-boyfriend. Balwani is facing charges of his own, and the effort to portray one of Silicon Valley’s most infamous conwomen as a downtrodden domestic abuse victim was noted by legal experts as one possible way to shift blame away from her, if she was in fact acting out of coercion or distress.

However, whether these allegations of abuse are true or merely the weaponization of Holmes’ femininity is another question altogether. And perhaps even more insidiously, some have also speculated whether Holmes’ recent pregnancy was also an attempt to garner sympathy from both jurors and prosecutors. Either way, the court was curiously only informed of Holmes’ pregnancy once she was already five months along, and the news was successful in delaying the start of her trial until after she had given birth.

Though Holmes was eventually found guilty of four of the 11 charges against her, it is worth noting that the jury (eight of whom were men, four of whom were women) were deadlocked on three of the charges, which would ultimately be deemed a mistrial by the judge, and did deliver a not guilty verdict for the remaining four charges.

Of course, it is speculation to assume that the jurors may have been influenced by Holmes’ gender or supposed manipulation tactics, though it is a statistical fact that women, on average, are treated more leniently than men by the criminal justice system.

And as Hulu is set to premiere a mini-series ‘The Dropout’ based on the Theranos story with Amanda Seyfried starring in the leading role, it’s evident that as an entrepreneur or convicted criminal, Elizabeth Holmes is simply not treated like her male peers.