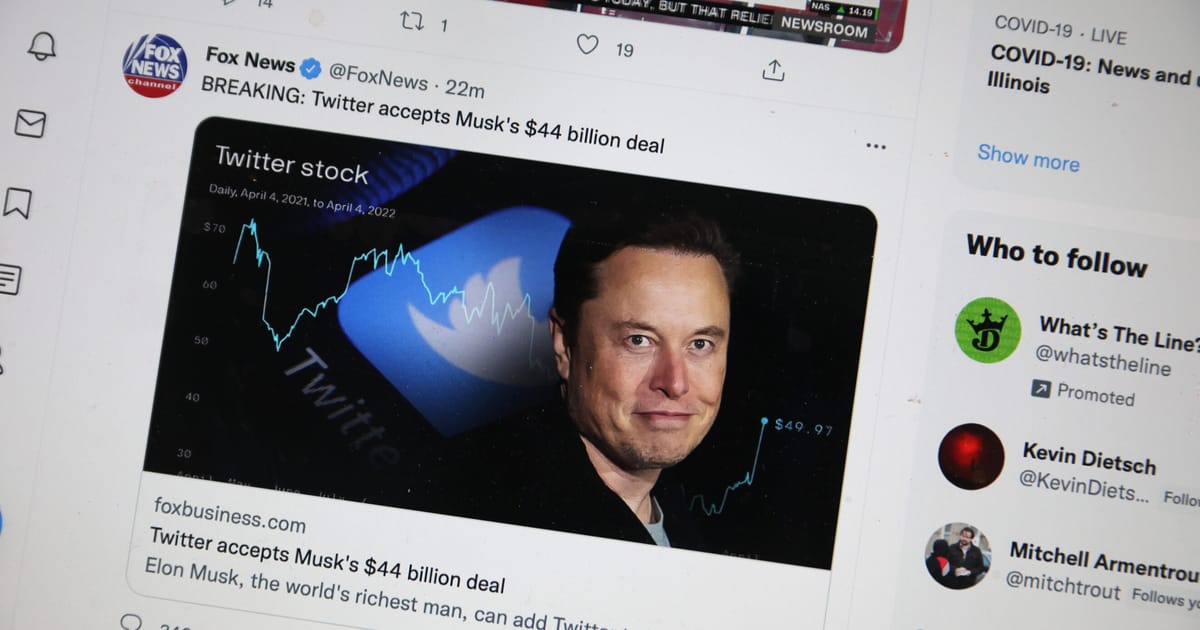 Digital rights campaigners, human rights activists and fact-checkers from Argentina to Iraq are confused, worried and angry about what’s happening at the social network.

Ever since Elon Musk bought Twitter for $44 billion in late October, online rights campaigners, fact-checkers and other groups from Nigeria to India have suffered from a severe case of digital whiplash trying to figure out what's happening with the Blue Bird.

In the United States, the billionaire reached out to activists and advertisers, trying to calm nerves about mass layoffs, a "free speech-above-all" ethos, and concerns Twitter would become a hot mess of hate and trolling. Yet in countries across Latin America, Africa and Asia, there was radio silence from Musk.

Amid Twitter’s wholesale job cuts, digital rights groups have resorted to sending encrypted messages to the company's local public policy teams to check if they are still employed, while fact-checkers don't know who to alert to flag spikes in hateful and false content.

"It's a very toxic place for many people," said ElsaMarie D’Silva, founder of the Red Dot Foundation, a Mumbai-based organization combating violence against women. A Twitter spokesperson did not return requests for comment.

To understand how Musk's ownership has affected people in different countries, POLITICO talked to groups across the world to find out what the social network means to them, and how Musk’s takeover has changed the powerful platform.

Until recently, she was the Indian-based co-head of the digital sovereignty project at the Internet Society, a nonprofit organization. In that role, Bopanna has seen Twitter actively take on efforts by Narendra Modi's government to rein in online speech.

Among social networks, Bopanna says, Twitter had been the most aggressive in championing free speech, suing New Delhi in July over government efforts to block dozens of local accounts. Where Meta and Alphabet have been more willing to placate India's government, Twitter eagerly poked back.

Under the billionaire's new leadership, all but one of Twitter's local policy executives were fired. The last man standing, Samiran Gupta, had been at the company for less than a year. Campaigners say roughly 90 percent of the tech giant's local staff — primarily engineers and other techies — have now also left. 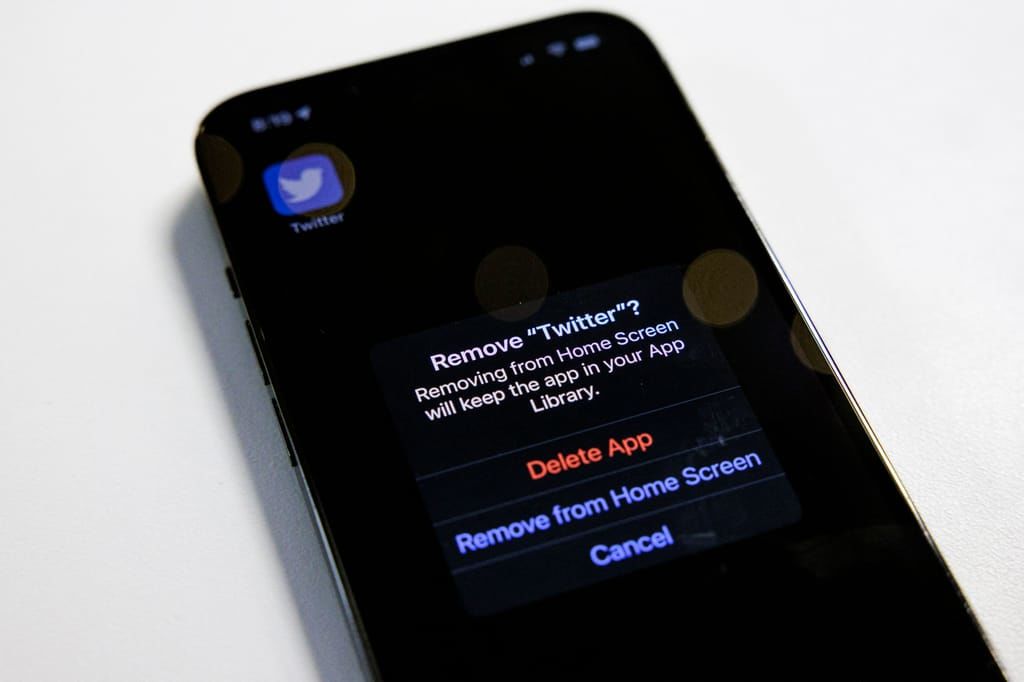 Bopanna said her biggest concern is whether Musk's Twitter will go along with Modi's plans to wield greater control over the internet.

Most Indians don't use Twitter. But the platform’s impact is outsized given how local politicians and other celebrities use it, mostly in English, to spread messages to an online audience that are then picked up via more popular services like WhatsApp.

The Indian government has removed social media accounts critical of Modi's regime. It also wants foreign companies like Twitter to set up a local office so that politicians can put pressure on local executives to bend to their will.

"The relationship [between Twitter and the government] has got better in the last year and a half," she said. “Twitter started complying with whatever new rules were. Their relationship isn’t as bad with the government as it once was.”

Before the nationwide protests against corruption and political sectarianism, the platform was an also-ran compared to bigger networks like Facebook and YouTube. But as millions of locals took to the streets three years ago, Twitter was flooded with tens of thousands of new Iraqi users eager to coordinate their offline activities.

Not everyone was a good guy.

Among the online protesters were local sectarian militias that quickly realized the power of Twitter to radicalize supporters and attack opponents, according to Hayder Hamzoz, founder of the Iraqi Network for Social Media, an organization of local bloggers and citizen journalists. These military groups targeted campaigners and other activists, spreading false rumors about them, which sometimes led to people being killed.

"They put the picture of the activist on Twitter with a post offering like $1,000 or $5,000 for anyone who knows where he lives," said Hamzoz, who was similarly targeted by militias active on the network. "They sent me that kind of message. 'We will find your family, we will make you stop, we will take care of your brother and your sister.'"

He's now anxious these sectarian groups will gain even more courage after Musk announced the reinstatement of scores of accounts previously banned from Twitter. Jawaher Abdelhamid, the only public policy executive left for all of the Middle East and North Africa region, is based in Dubai and Hamzoz has not heard from her during the Musk era despite his organization cultivating close ties with Twitter.

The idea of banned accounts returning to the platform "scares me,” he said. “We did a lot of campaigning to close some hate speech accounts belonging to the militias, so imagine all these accounts back on Twitter."

Croatia: Canary in the coal mine

The executive director of Faktograf, a fact-checking organization in Croatia, is too busy debunking false claims on Facebook (which pays her organization for this work) to worry about a social network that has few users in her country. What she does see via Twitter, Brakus adds, are fake or harmful posts coming from Serbian users that eventually find their way into the Croatian zeitgeist after they are picked up by the country's media or on other social networks.

That doesn't mean she's happy with how Musk is running Twitter.

His willingness to cut the company's trust, safety and online content moderation teams fills her with dread. "It really is a cautionary tale about how regulators sometimes move too slow, especially compared to these platforms," she said. "When the leadership of a company wants to implement big changes, it can do it."

Platforms have struggled to combat falsehoods in non-English languages, and Brakus is worried that other networks — including fringe sites like Telegram, the encrypted messenger service — will see Twitter's pullback on content moderation as a playbook to follow. Brakus worries that Twitter won’t deliver on its commitments to clamp down on disinformation.

Musk’s focus is on Twitter’s activities in the U.S. but “a huge percentage of their user base, probably well over 80 percent, comes from non-English speaking countries," she said. "What they are saying is that the hurt your users are going to go through in a certain place is more important than somewhere else."

Nigeria: More of the same neglect

When it comes to Nigeria, Twitter — even before Musk's takeover — didn't pay much attention.

In the West African country with a population of more than 200 million, local campaigners say the social network has failed to respond to their repeated requests to clamp down on fake accounts, remove suspect content and even engage with democracy groups. That matters ahead of Nigeria’s nationwide election next year.

“Our experience of Twitter does not look anything like that of the user in the United States," said Rosemary Ajayi from the Digital Africa Research Lab, which tracks misuse of social media across the continent. Case in point: Local Nigerian users have successfully bought verified blue ticks on Twitter for roughly $5,000 in direct violation of the company's current rules, according to the Nigerian researcher.

"We have bad actors, including those engaged in coordinated inauthentic behavior and others evading suspension, repeatedly being verified, even after we flagged these accounts," she added.

Ajayi has done her part to make Twitter a better place in both Nigeria and other West African countries. She worked at the company for two years and campaigned internally to remove a fake verified account, which impersonated the country's ruling political party and racked up more than 1 million followers.

Nigeria’s government also banned the platform for seven months until early 2022 after it removed tweets from the country’s president. Twitter agreed to set up a local office and pay taxes in the country to be reinstated.

After leaving Twitter, the digital rights campaigner said she had written to Twitter's heads of public policy and human rights three times since May to urge them to combat online threats to Nigeria's upcoming election. At the time of writing, Ajayi had yet to receive a response.

Pablo M. Fernández doesn't have much to complain about — yet.

As executive director of Chequeado, an Argentine fact-checking group with ties to similar organizations across Latin America, he has connections with Twitter's public policy team despite the mass layoffs.

"We still have contact directly with two people," he said. "It is complicated because what are you going to do? Write to the person say, 'are you OK?' That's what we did."

In Argentina, most people prefer using WhatsApp, where user groups in the tens of thousands share news and gossip with a few swipes of a smartphone. But Twitter still plays a vital role. Politicians rely on Musk's network to feed information to news outlets, which then spread those messages via newspapers and television. What's trending on Twitter still can make it onto the television news.

Yet just as Jair Bolsonaro, Brazil's outgoing right-wing president, has used the social network to sow discontent and division, Fernández sees similar trends with some Argentinian politicians — though no one has yet to go as far as Bolsonaro or Donald Trump in their use of Twitter to inflame local voters.

Fernández's organization is now playing cat-and-mouse with Twitter to figure out what Musk's new regime will be like. "We have elections next year, so for us, it is really important to know what is going to happen with Twitter," he added.