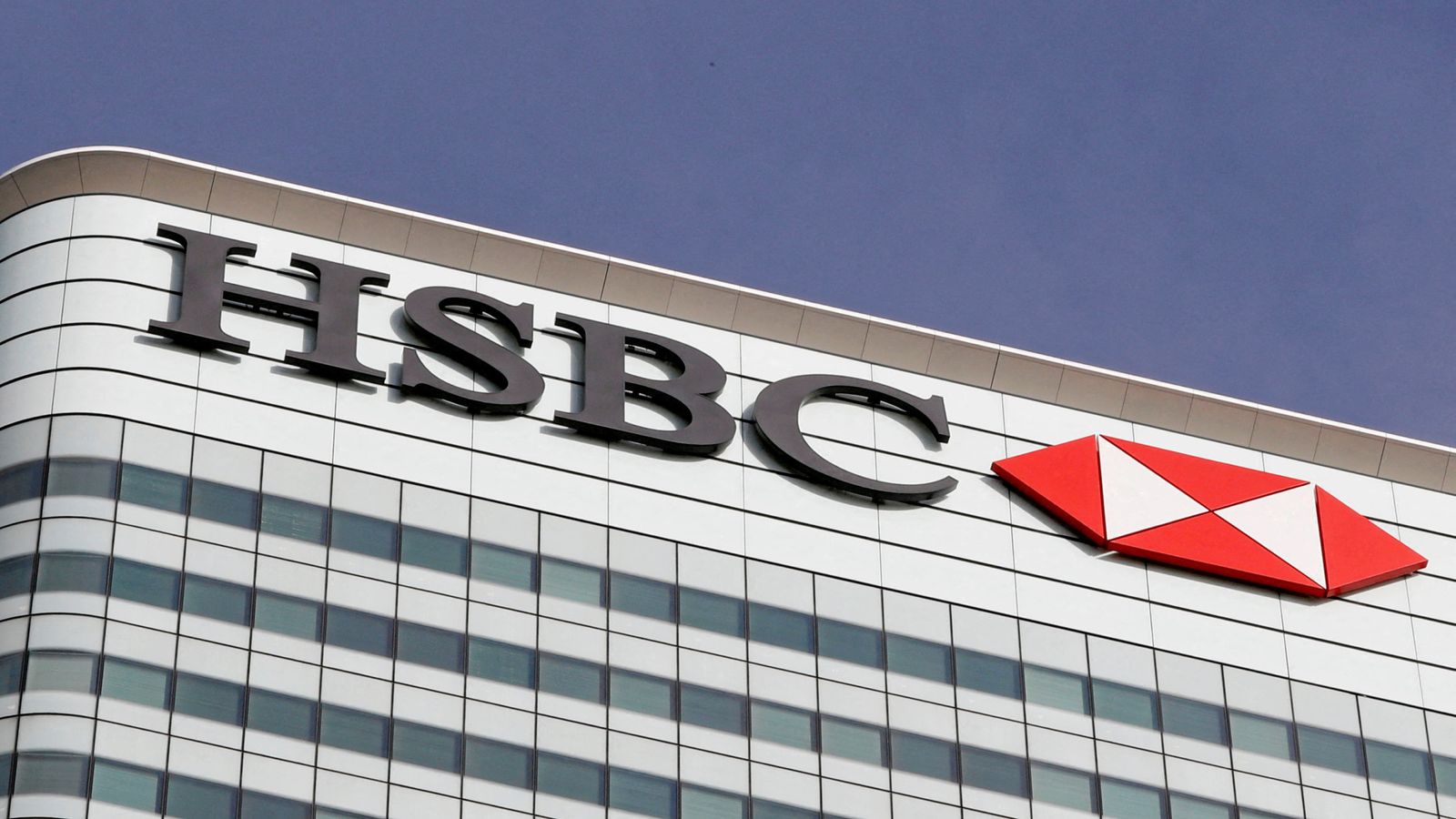 The rise in net interest income is expected to continue as the bank upgraded the amount expected for the this year and next as central banks are expected to increase rates.
British bank HSBC has recorded pre-tax profits of $6.5bn in the third quarter of this year amid hiked interest rates.

Pre-tax profits at the bank were up from $1bn during the same period last year as it benefited from increased income from higher interest rates.

Net interest income (the difference between what a bank earns in interest from loans versus what it pays on deposits) hit $8.6bn at the bank during the quarter, "on the back of rising interest rates", said HSBC group chief executive Noel Quinn.

In the nine months up to the end of September, $23bn was generated from interest, up from $19.7bn during the same time period a year before. That's a $3.3bn rise in net interest income as a result of that interest rate growth in all of HSBC's global businesses.

Net interest income increased in all of HSBC's global businesses due to higher interest rate rises.

The interest income helped raise the overall pre-tax profit higher than the $6bn estimated by analysts.

Interest rates have been hiked by the Bank of England in an effort to curb spiralling inflation - which latest figures show is 10.1% - down to its target of 2%.

The Bank increased interest rates to 2.25% last month, the highest level since the 2008 financial crisis, which has made repaying borrowing, such as credit card debt and mortgage repayments more expensive.

There have been signals that interest rates may be increased higher than previously expected as inflation remains stubbornly high at 10.1%.

Guidance for net interest income was upgraded to $32bn for 2022, "based on the current market consensus for global central bank rates", the company's results said.

That amount will increase next year. HSBC expects net interest income of at least $36bn in 2023.

HSBC will focus on paying increased shareholder dividends, Mr Quinn said. "We are focused on executing our plans and delivering our returns target of at least 12% from 2023 onwards and, as a result, higher distributions to our shareholders."

"Banks reap rewards when interest rates increase, because their net interest margins, which show the difference between how much a bank earns in interest on loans, compared to what it pays on deposits, soar," Sophie Lund-Yates, equity analyst at financial service company Hargreaves Lansdown, said.

"That's exactly what we've seen play out at HSBC in the third quarter, and expectations for 2023 also include plumped up net interest income, as the bank sits in anticipation for further rate rises from central banks.

"However, it's not as simple as saying the current situation is a net win for the financial sector. The rising interest rate environment makes the economic outlook very challenging, and sharp financial contractions are painful for banks."