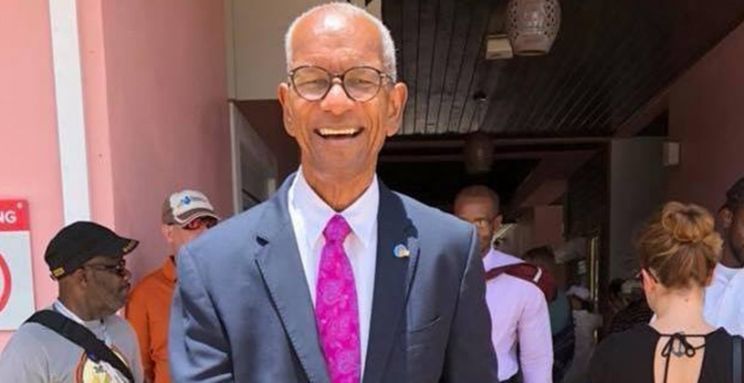 Former Premier and Minister of Finance, Dr. D. Orlando Smith, whose administration has faced harsh criticisms for the failed BVI Airways project, now says he feel vindicated through the arbitration ruling which was made in favour of the Government.
"I am pleased that after retaining Martin Kenney and Associates in 2018 under my Administration to begin proceedings against BVI Airways that would lead to recovery of BVI Government funds, that the arbitration proceedings were successful with the Arbitrator finding in favor of Government," Dr. Smith stated via social media shortly after the Virgin Islands Party (VIP) Government announced the ruling yesterday, May 14.

"It has been a long hard fight with more legal battles to come very likely," the former leader of the National Democratic Party (NDP) declared.

According to Dr. Smith, in 2015 the NDP administration acted in the best interest of the BVI in their efforts to introduce direct flights from the US to BVI.

"I am happy that the Arbitrator found that we upheld our end of the arrangements and I now feel vindicated. I am most grateful to Martin Kenney and Associates for their hard work in ensuring a win for this territory," Dr. Smith pointed out.

In addition, there was no basis for the allegation of defamation and no breach of any obligations of confidentiality by the Government of the Virgin Islands.

The Government of the Virgin Islands has been awarded its costs of defending those very serious claims (fraud and defamation) – which were described as ‘frivolous’ following cross-examination of individuals connected with Colchester and BVIA at the March 2021 hearing.

This had led to widespread criticisms of the NDP administration as no commercial flights were conducted between BVI and Miami.

Based on the failed BVI Airways project and other projects, Current Premier and Minister of Finance, Hon. Andrew Fahie has gone as far as to lable the NDP administration as the most corrupt. He has promised to pursue legal action against those responsible for the $7M fiasco.
#Fahie  #the Virgin Islands