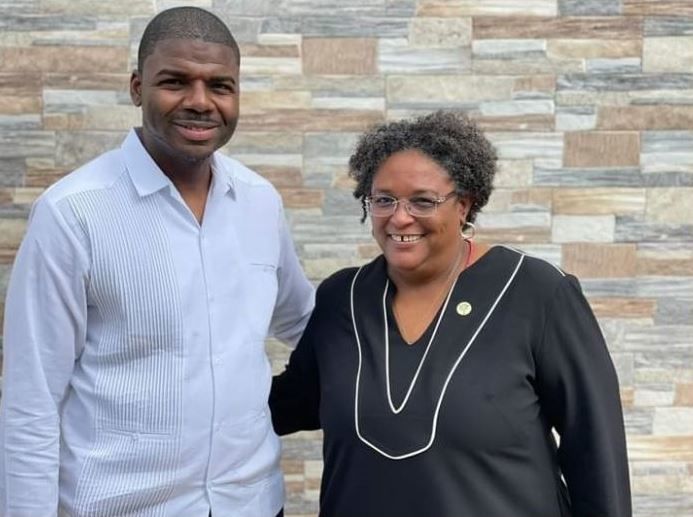 Premier and Minister of Finance Dr the Honourable Natalio D. Wheatley (R7) has extended congratulations to Barbados Prime Minister Mia A. Mottley on her recent recognition by Time Magazine.

Mottley was listed among Time Magazine's 100 Most Influential People of 2022, appearing on one of the five global covers released on Monday, May 23, 2022.

The Barbados PM joined the likes of President Joseph R. Biden and Ukraine President Volodymyr O. Zelenskyy on the list, which honors pioneers in various industries, recognising their contributions and achievements. 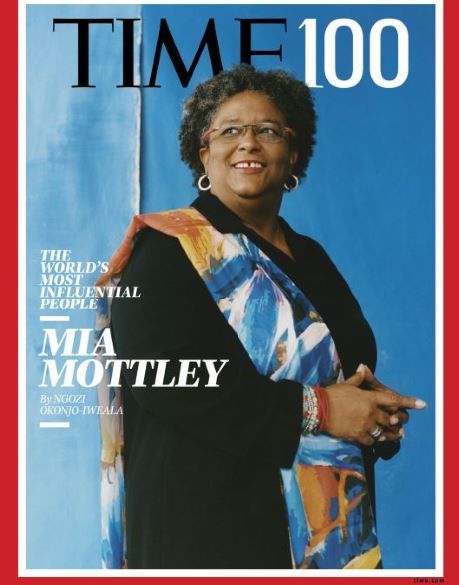 Barbados Prime Minister Mia A. Mottley has been listed among Time Magazine's 100 Most Influential People of 2022, appearing on one of the five global covers released on Monday, May 23, 2022.

The magazine said Mottley is a bold and fearless icon in her country who possesses intellect and wit.

It described her as a brilliant politician who knows how to shake things up.

“From poverty to debt to climate change, she is a vocal advocate on the world stage for responsible stewardship of our planet, so that nations large and small and people rich and poor can survive and thrive together,” it said of Mottley.

Alongside a photograph of himself and Mottley, published on his Facebook page on Monday, May 30, 2022, Dr Wheatley wrote: “Better late than never! Congratulations to my Caricom colleague Prime Minister Mia Mottley who continues to inspire all of us with her strong leadership and advocacy!”

Dr Wheatley also described Mottley as being full of knowledge and wisdom, which he has benefitted from.

“I am happy that Time Magazine has recognized what an influential and powerful leader she is. I benefit from her knowledge and wisdom, and I look forward to learning from her as much as possible.”

Mottley is the second woman prime minister in the Caribbean region to make the list behind Portia Simpson Miller in 2012.