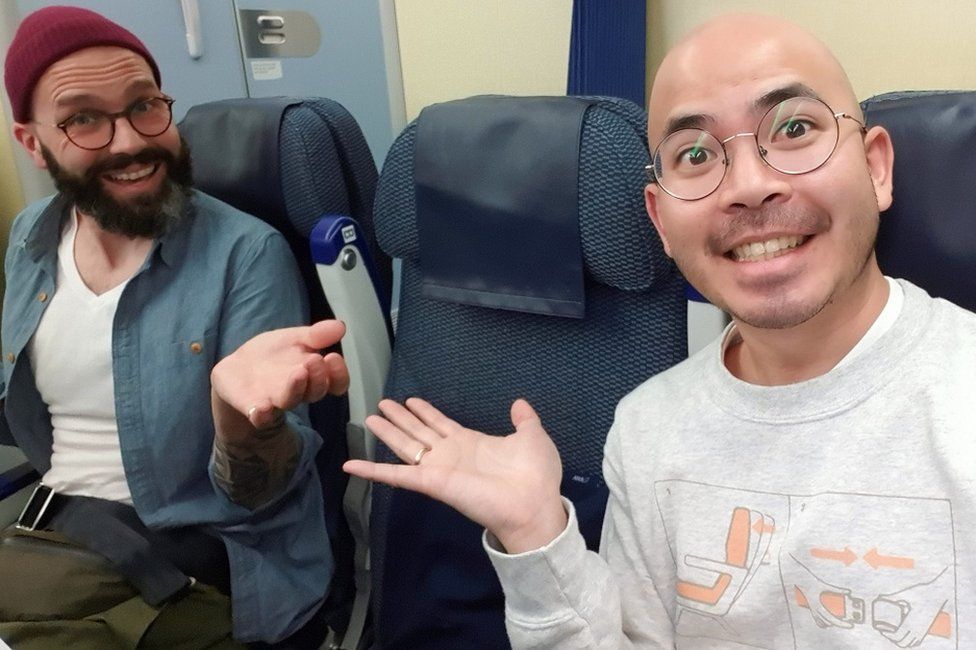 'I miss airline meals so much I make them at home'

Self-confessed aviation geek Nik Sennhauser misses air travel so much that he is recreating the inflight meals he once enjoyed to remind him of good times before the pandemic.

Before Covid, Nik, who lives in Glasgow, would spend much of his free time looking for flight deals.

He loved the airports and airlines experience so much he thought nothing of flying to the US for a weekend trip.

"I once got a flight from Edinburgh to Boston for £150 return," he told BBC Radio Scotland's Our Lives with Michelle McManus.

"I took the Friday off and on the Thursday after work got on a plane and flew there, had some lobster rolls and dipped my feet in the sea - and then got back on a plane." 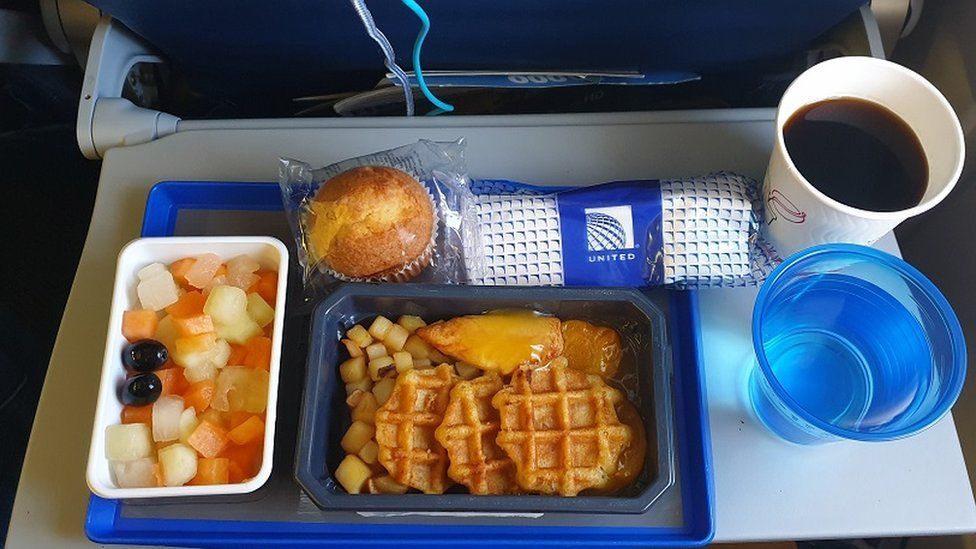 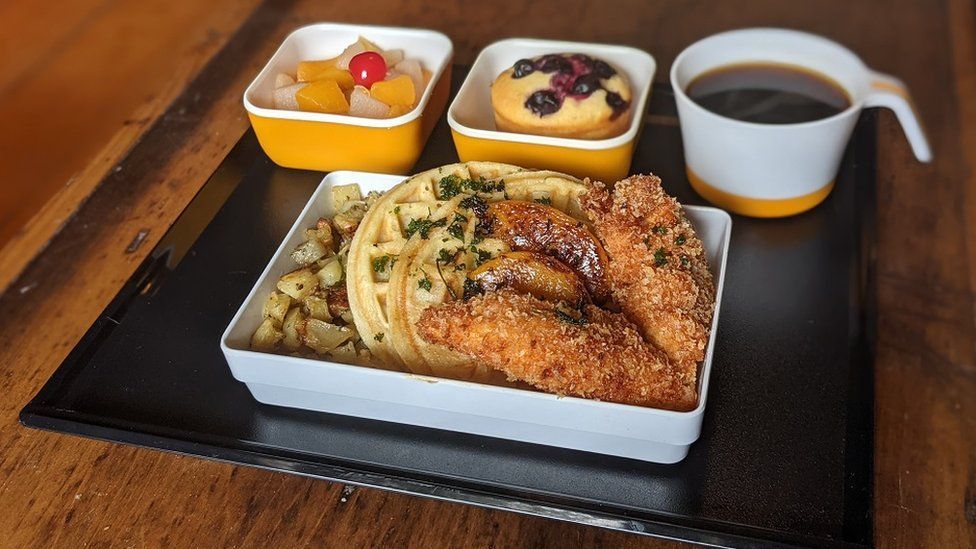 "Aviation was always part of my life before the pandemic," he added.

One of things he misses the most about international travel are the inflight meals he was served.

"I grew up between Thailand and Austria, so I spent a lot of my childhood on planes and in airports," said Nik.

"My dad was working in Thailand for a multi-national and we went to school in Austria, so every holiday, even if it was just for a weekend, we would fly to Bangkok to see dad.

"The plane was the one place I would eat food without questioning it. At home my mum had to force me to eat vegetables and other foods." 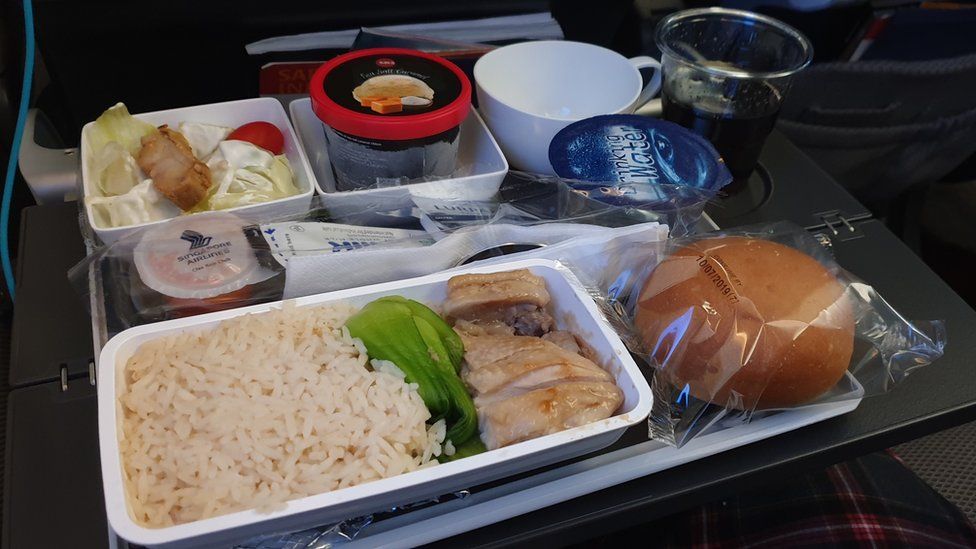 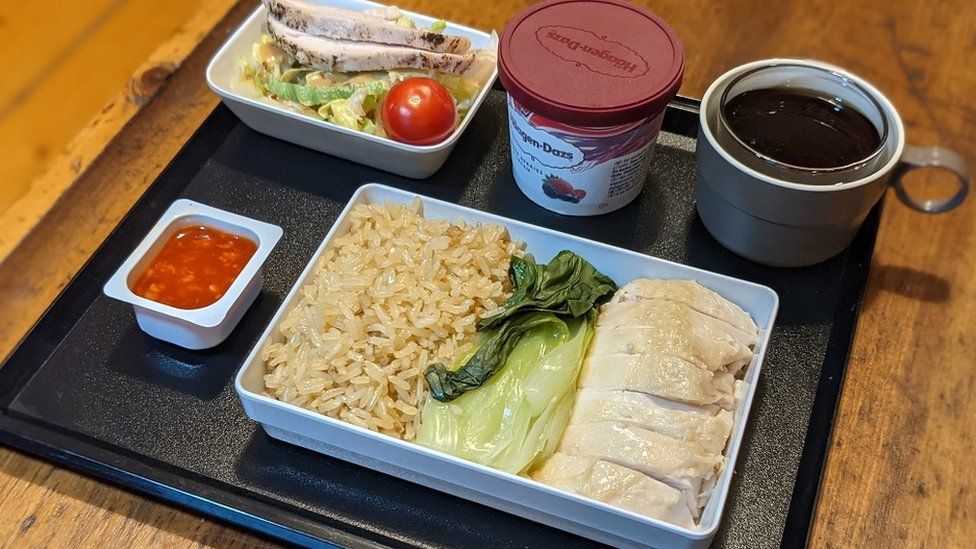 Nik said the flights he took from Thailand back to Europe were always at night.

"I found it fascinating that you got on a plane at two in the morning and an hour later someone came round and served you a three-course meal.

"It was like a wee performance on the plane. 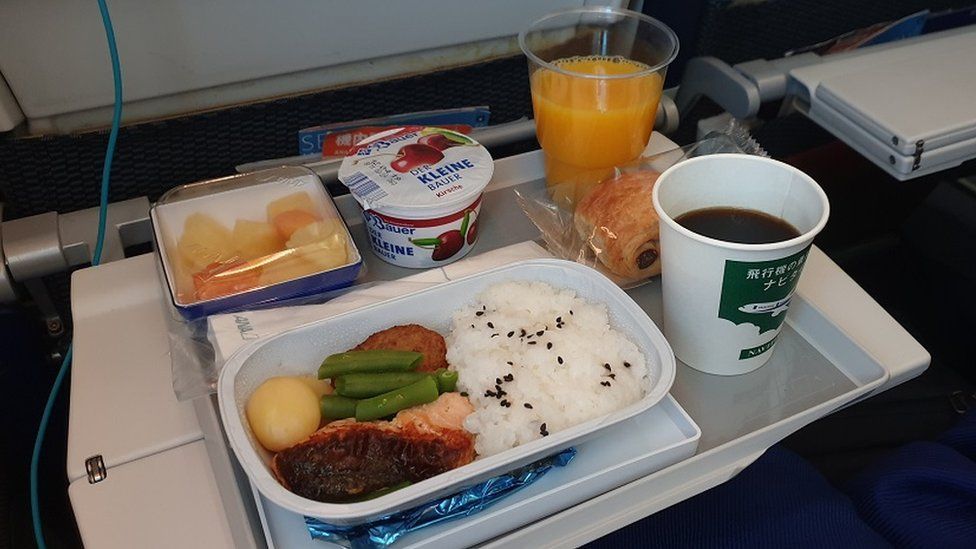 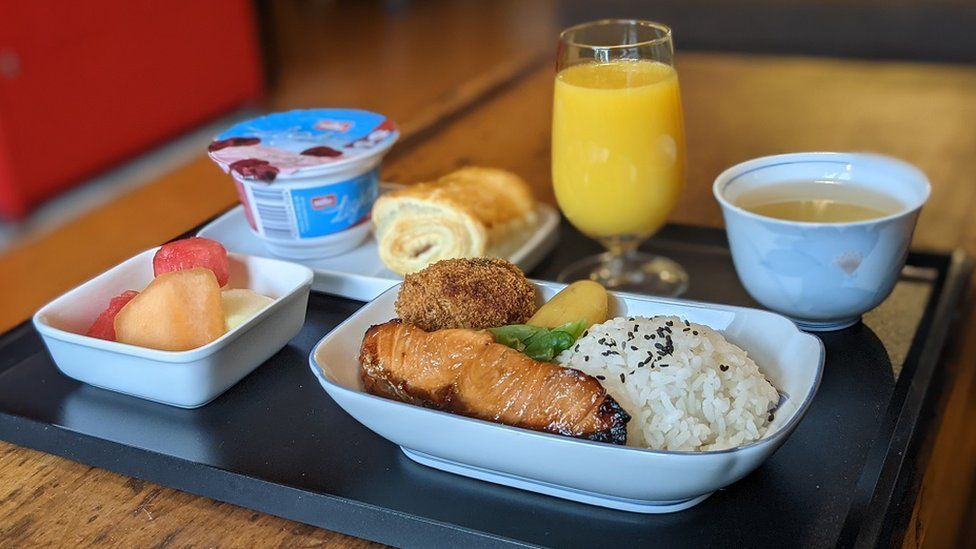 These days the pandemic has drastically reduced Nik's chances of getting on a plane and tucking into an inflight meal.

"Then one Sunday I was making sausages, eggs and hash browns and thought it looked a bit like a plane meal," said Nik, a business support manager for a Glasgow-based e-commerce start-up.

It was the spark which gave him the idea to recreate meals he had enjoyed on flights all over the world.

"Being a plane geek I have a trolley filled with glasses, plates and cutlery," said Nik, who bought the authentic inflight items online. 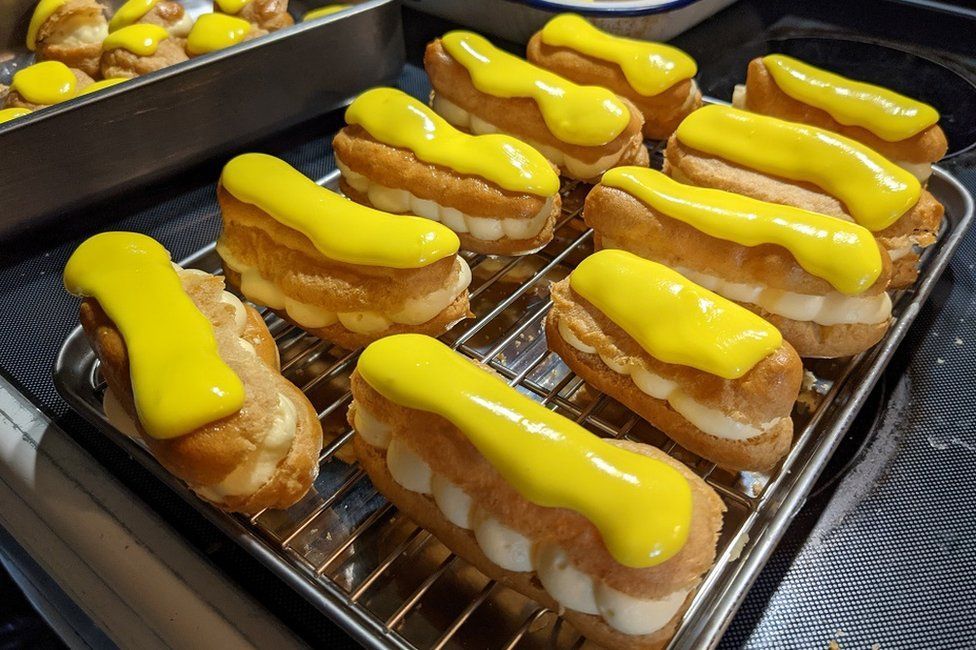 He now spends Sundays recreating meals for himself and his husband Graham.

Nik bases his creations on photographs he took of inflight meals served on his travels to and from Europe, Asia and the US.

They include lobster thermidor, meat patty and gnocchi, and fried chicken with waffles, roasted potatoes and grilled peaches.

But Nik admitted he enjoyed the eating far more than the preparation of his meals. 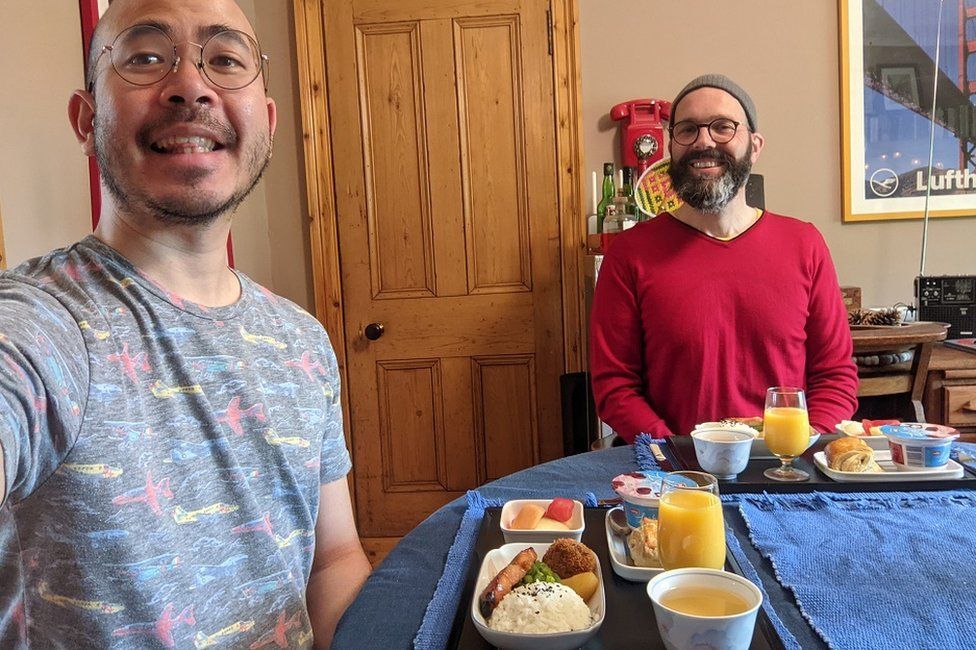 Sitting down to another of Nik's homemade inflight meals