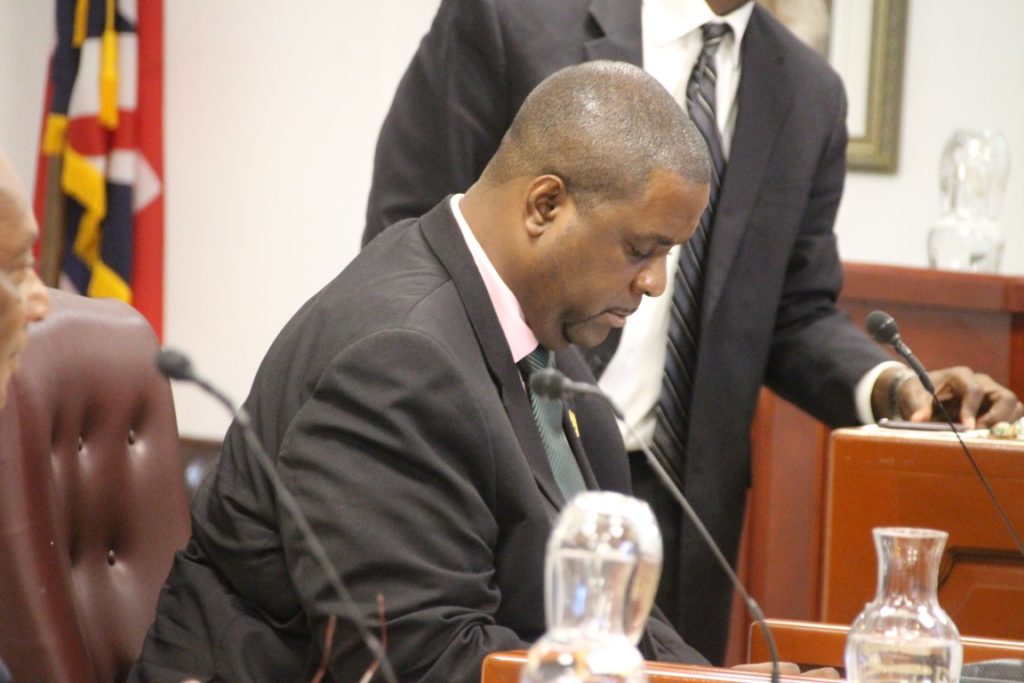 Premier Andrew Fahie said he has never used his powers as the leader of government’s business or as Finance Minister to prevent any bill or motion from being debated or properly ventilated in the House of Assembly (HOA).

The Premier expressed this view during the debate on the government’s pending Public Procurement legislation which received its second reading recently.

He argued that despite any controversy that might be attached to the legislation, he is not shying away from bringing it to the HOA.

The Premier told legislators that any areas which needed to be worked out in the legislation should rightly be done in the House of Assembly.

Despite what naysayers and those that might call him stubborn say, the Premier said he is doing what is expected of him legally to bring bills to the House and get the input and buy-in from other legislators.

“This is the importance of the House of Assembly and I’m not going to fool any constituent just for a vote to tell them because I want to get back (in office) I’m not going to bring it (to the House), I’m going to put it down,” the Premier said.

He said there had been times when he first brought bills to the Assembly, he was not sold on the legislation, but subsequent meetings in the committee stages of the bill convinced him of its merits.

He said while there were concerns about the current bill that were placed on file, some were addressed before they were brought to the House, while others still remained to be examined.

Most democracy exercised in the world

The Premier further told the HOA that no one was arrested or had their salary docked as a result of recent protesting which he said now takes place openly under his government without fear of victimisation.

“This has been the most that democracy has been allowed to be exercised uninterrupted in any government in the world,” the Premier claimed while pointing to the protests that had taken place earlier in the day.

The Premier said he was proud that the House could Debate such intense and complex legislation and said debates such as this were needed so persons who claim the BVI cannot police itself can understand that the territory is a young nation growing up.