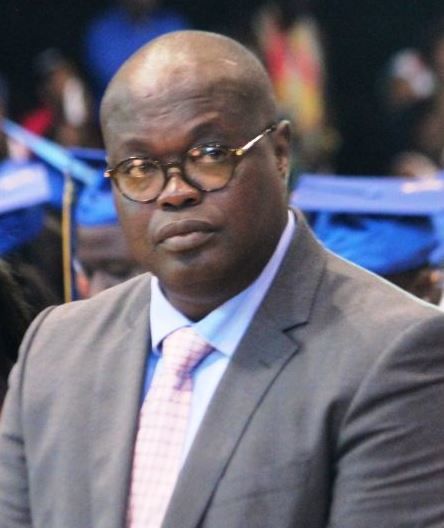 ‘I was detained & questioned by 6 Caucasian UK officers’- Willock

Former Speaker of the House of Assembly (HoA) Mr Julian Willock, who had publicly criticised the United Kingdom (UK) sponsored Commission of Inquiry (CoI), the motive of the past UK-appointed Governor and accused the CoI lawyers of working illegally in the Virgin Islands, has said he was detained, questioned and released without charges by six Caucasian UK officers on Tuesday, January 10, 2023.
Mr Willock, in a statement today, January 11, 2023, said he was detained around 11:00 am and although subsequently released, his communication devices were seized by the UK officers.


“They claimed I was being investigated on suspicion of Human Trafficking, because of some VISA waivers I had obtained over the years,” Mr Willock stated.

According to the former Speaker, who has advocated for self-determination and publicly- including in regional interviews- rejected the notion of direct, said he apply and obtained VISA Waivers in association with his company, Advance Marketing and Professional Services and that the Waivers were all legally acquired through the Deputy Governor’s Office.

“Most of the VISA Waivers were obtained before my tenure as Speaker,” Mr Willock stated.

He also said it is his understanding that all persons who came to the territory via a VISA Waiver have since left the territory and did so as per Immigration requirements.

“I will continue to uphold the rule of law and have reverence for both the Constitution and Government Policies, both in my private and public life.”


Mr Willock also suggested that his detention and investigation may be part of a plot by the United Kingdom to get back at him for this public opposition to the UK.

“I know the people of the Virgin Islands are fully awake and still have confidence in my integrity, for it was suggested if they could not get me via the Commission of Inquiry (CoI) they had to get me another way.

“Assurance can be given that my lawyer and I will put those unfounded allegations to rest,” Mr Willock stated.

He added: “Throughout history, those who have fought for human dignity, freedom and justice such as Patrice Lumumba, Nelson Mandela, Martin Luther King, Malcolm X, Marcus Garvey, and our very own Noel Lloyd have faced bogus allegations, trumped-up charges, and character assassination.

“But in the end, truth and justice emerged and prevailed.”

Mr Willock disclosed that he is yet to have his communication devices returned to him by the UK investigators.

“I take this opportunity to thank the public for their good wishes, telephone calls to family members and many of my employees, words of encouragement, and I also thank my Attorney at Law,” Mr Willock stated.
#Commission of Inquiry  #the Virgin Islands  #CoI