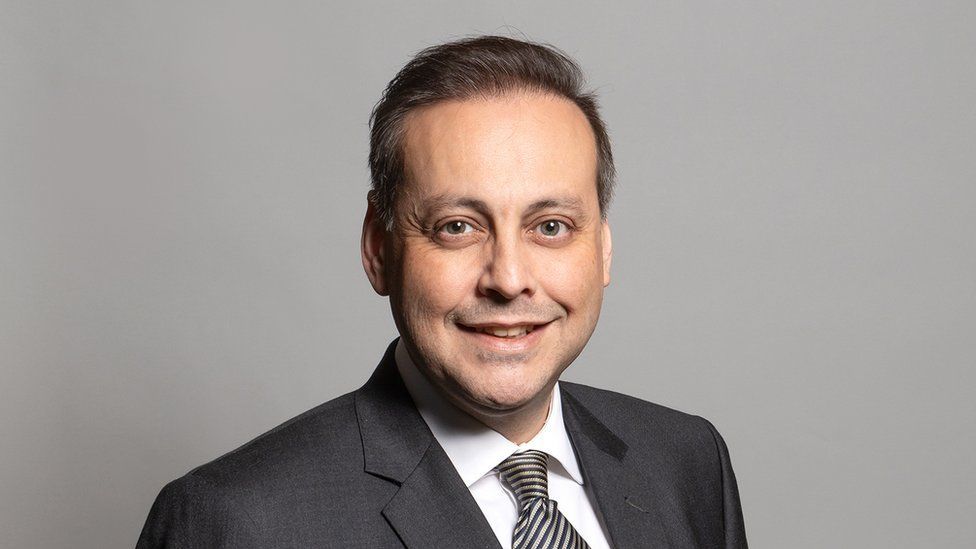 Wakefield MP Imran Ahmad Khan has been expelled from the Conservative Party after being found guilty of sexually assaulting a 15-year-old boy in 2008. The Labour Party and the Conservative MP for Keighley, Robbie Moore, have called for Khan to resign.

Khan had denied groping the teenager at a party in Staffordshire in January 2008 but was convicted after a trial.

Southwark Crown Court heard he forced the youngster to drink gin, dragged him upstairs and asked him to watch pornography before assaulting him.

Khan, 48, has said he intends to appeal his conviction.

Following the verdict the Conservative Party said Khan, who was elected as Tory MP for Wakefield in 2019, had been "expelled with immediate effect".

The court heard that Khan had gone to the boy's bed and "reached in and touched his legs, reaching for, or actually touching, his groin".

The complainant, now 29, said the attack had left him "scared and shocked".

In evidence, he said Khan had started "slow caressing" him and continued despite being asked to stop.

"His breathing was getting quite heavy and I kept pushing his hand away and pushing it back and it would keep coming," the man said.

The court was told that police were called at the time but the teenager did not want to pursue the case.

The man, who cannot be named, contacted the Conservative party in 2019 after learning Mr Khan was standing in the general election.

He then called police after Mr Khan was elected to Parliament.

Jurors also heard from the complainant's older brother, who said the MP had asked if he was "a true Scotsman" and lifted his kilt, before "lunging" at him at the same party.

Another witness described waking to find Khan performing a sex act on him after a party in Pakistan in 2010 where the pair had drunk whisky and smoked marijuana.

Khan claimed he had only touched the teenager's elbow when the boy had become "extremely upset" after a conversation about his confused sexuality.

The MP was found guilty after about five hours of deliberations.

The judge, Mr Justice Baker, said he would sentence Khan at a date to be fixed and he warned him "all sentencing options, including immediate custody, are being considered by the court".

Khan made no comment as he left the court, however, his solicitors later issued a statement saying he "maintains his innocence and will be appealing as soon as possible".

Staffordshire Police said it began its investigation into Khan after the victim came forward in December 2019.

In a statement, the force said: "We know how hard it is to come forward and report these offences, but it is vital to bring those responsible for these offences to justice.

"We would like to commend the victim for reporting the offence committed against him - he has shown real bravery and courage in doing so.

"This case has had a huge impact on the victim and his family for a number of years."

Khan will be thrown out of the House of Commons if he is handed a prison sentence of more than a year, or he could face a recall petition to oust him.

Following the verdict, Mr Moore tweeted that Khan's crime was "vile and disgusting".

He said Khan should "immediately resign so people of Wakefield can have a new MP as soon as possible".

"Imran Ahmad Khan should immediately resign so a by-election can take place and the people of Wakefield can get the representation they deserve," a party spokesman said.

Born in Wakefield, Khan attended Silcoates School before going on to graduate from Kings College London with a degree in War Studies.

He later worked for the United Nations in Mogadishu and advertising agency M&C Saatchi before ousting Labour's Mary Creagh at the 2019 general election.

Following the verdict it can now be reported that Khan had attempted to have the case heard in secrecy, arguing that as a serving MP there were concerns about his safety and that to name him in court would breach his human rights.

He also attempted to have the age of his victim withheld.

However his applications were rejected by Westminster Magistrates' Court Chief Magistrate, Paul Goldspring, who said: "Damage to reputation is not a ground for making of an order, open justice is and should remain a cornerstone of democracy and the rule of law."

He tried again to have the case heard anonymously on the first day of the trial on the grounds that as an Ahmadi Muslim, both the consumption of alcohol and homosexuality are strictly prohibited, and the reporting of those matters would expose him to "a risk to his safety both here and abroad".

A temporary banning order was put in place but was lifted at the end of the second day of the trial.