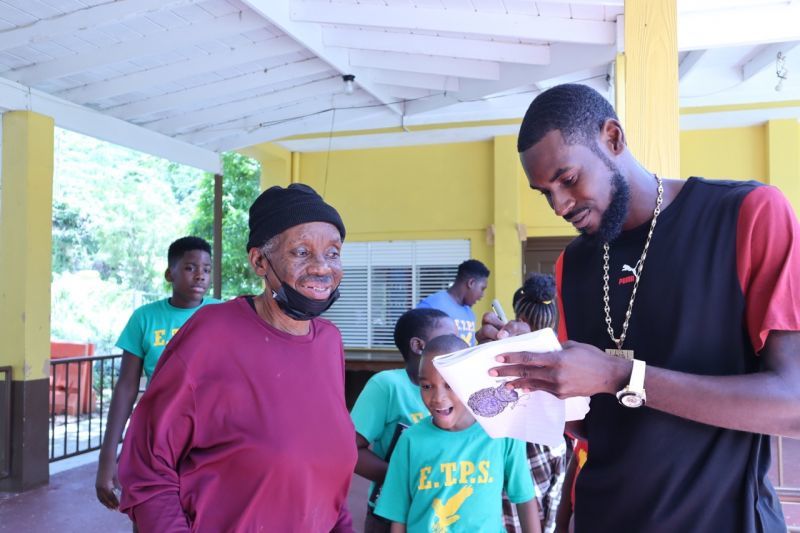 On September 16, 2022, ETPS received McMaster with a line-up of students with placards bearing his name and chanting "welcome home". 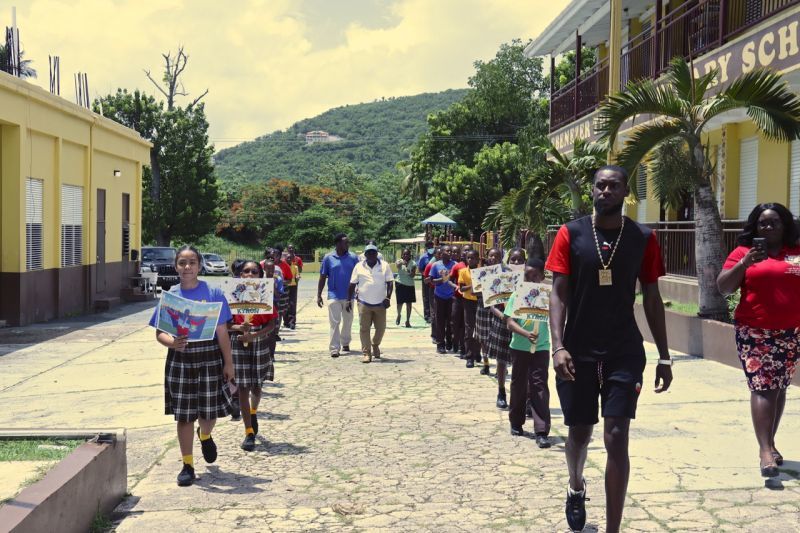 On September 16, 2022, Ebenezer Thomas Primary School (ETPS) received McMaster with a line-up of students with placards bearing his name and chanting 'welcome home'.

An interactive question and answer session with the kindergartners through 6th graders was rounded off with McMaster signing scores of autographs before being challenged to a couple of races in the playground.

McMaster secured his reputation with the school children by winning the impromptu events, leaving one young student to wonder whether the two races were the fastest times the champion had ever run. 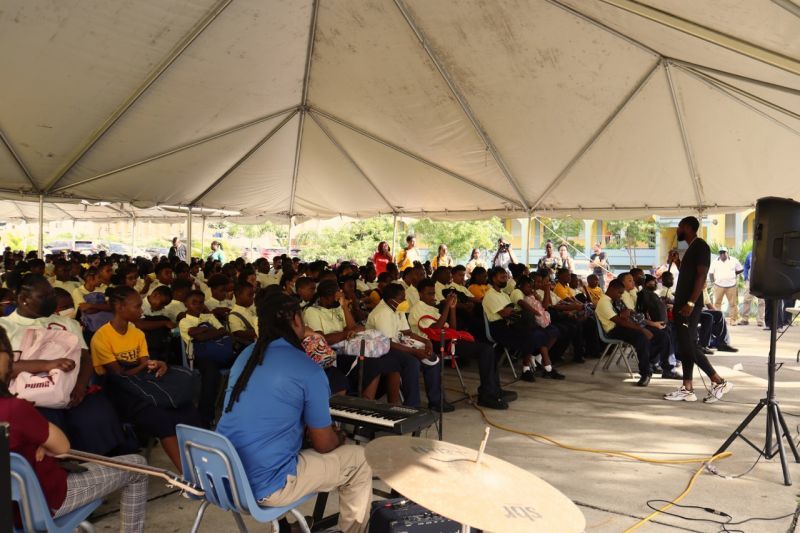 Kyron A. McMaster speaking to students of Elmore Stoutt High School on September 20, 2022.

Junior students at ESHS listened intently to McMaster as he spoke at the 8:00am assembly on September 20, 2022. Reflecting on his own experiences, he advised his audience that if they wanted to succeed in life, they should pay attention to their teachers and to work hard as a failure to do so now will lead to a tougher journey in the future.

He also admonished anyone listening to be true to themselves, set aside negative attitudes, find a passion, set a goal and execute in order to "earn their bread". His words hit home not just with the youngsters, but also the adults in attendance who thanked him for the inspiration to stop procrastinating and reset their focus on achieving their dreams. 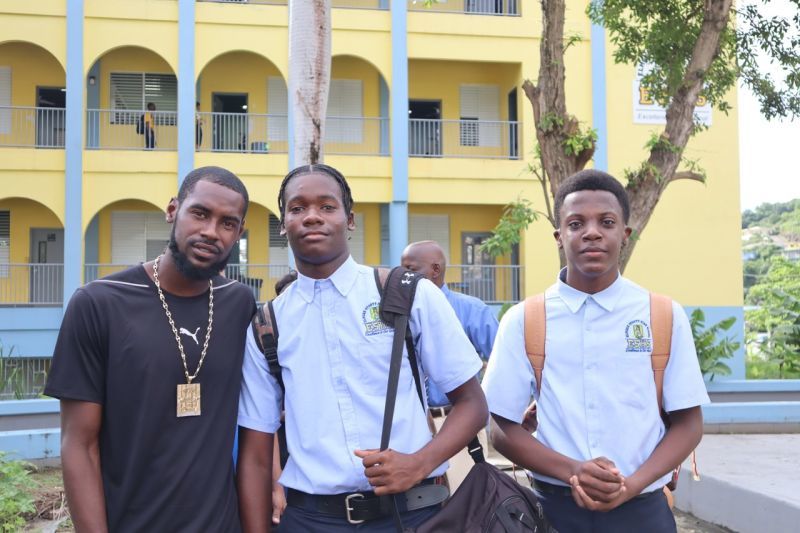 Within moments of stepping back on to home soil on September 15, 2022, returning hero, McMaster had his audience basking in his positive energy as he was welcomed back in the International Departure Lounge at the Road Town Ferry Terminal by family members, Government officials and media for his brief visit to the Virgin Islands.

During that event he was presented with a cheque of $38,000 by Government for his recent Commonwealth Games and NACAC titles in the 400m Hurdles.

McMaster's schedule of public engagements ended with a reception at Government House hosted on September 20, 2022, by the Acting Governor David D. Archer Jr.