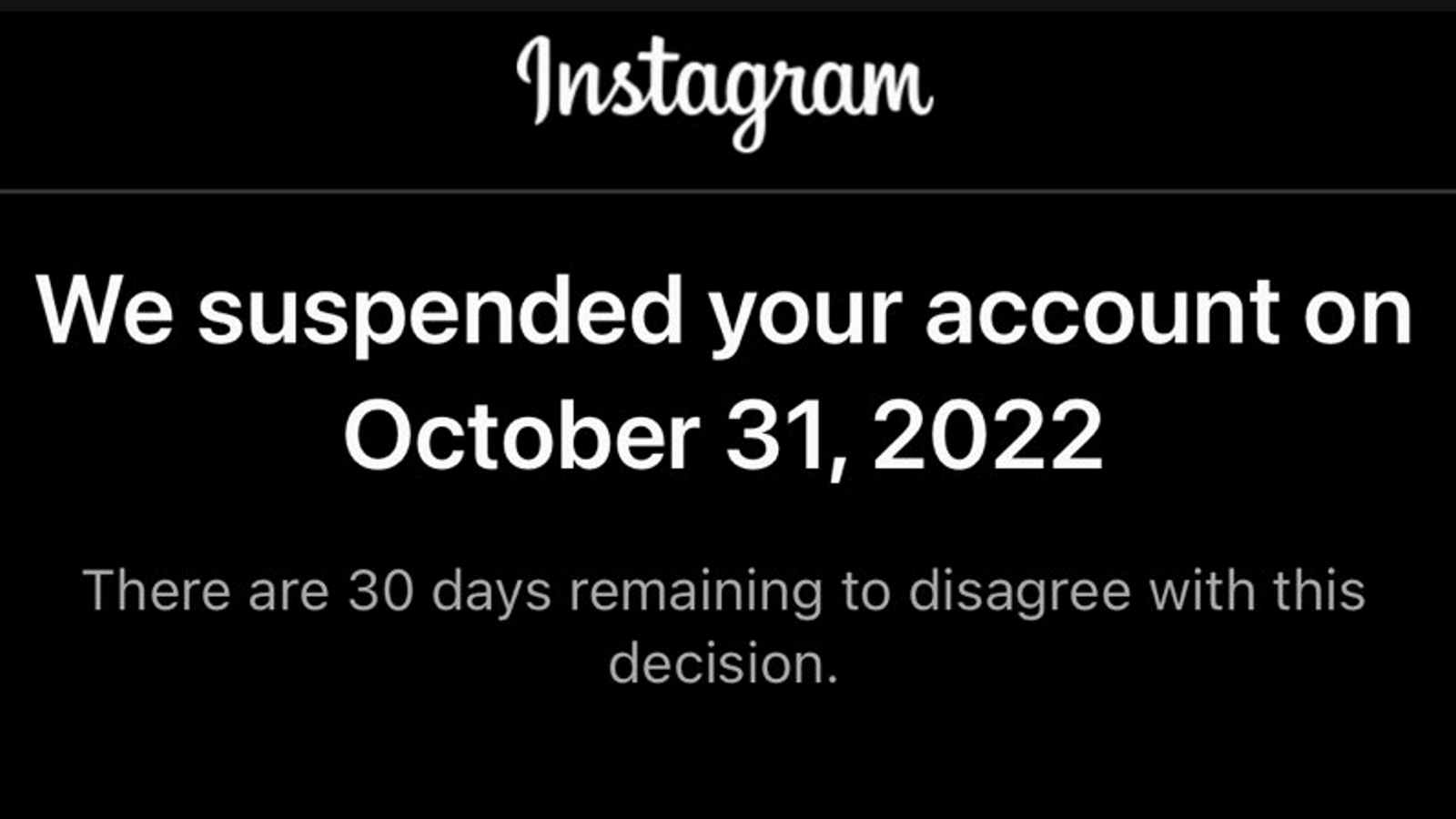 Instagram 'resolves bug' after thousands of users suspended with no warning

Instagram's troubles come less than a week after another Meta platform, WhatsApp, suffered a major outage.

Instagram has said it has resolved a "bug" after thousands of users suddenly had their accounts suspended.

Users around the world have posted on other social media platforms on Monday to ask why they have been locked out of their profiles, having received a message saying: "We suspended your account on October 31, 2022.

"We're looking into it and apologize for the inconvenience."

A few hours later, Instagram announced it had resolved the issue.

"We've resolved this bug now - it was causing people in different parts of the world to have issues accessing their accounts and caused a temporary change for some in number of followers. Sorry!" it said on Twitter.

However, some users replied saying their accounts were still experiencing issues.

One user wrote: "I'm sorry but it's not resolved... i've tried just now and i still have this message..."

Another said: "Not mine, my account has been deleted for no fault of my own? Please can you reinstate it".

The Verge reported that millions of people appeared to have been affected, with follower counts dropping on some of the platform's biggest accounts.

Those affected are told they have 30 days to disagree with their suspension.

Why have accounts been suspended?

Users are being presented with three reasons why their account has been suspended.

• It is not visible right now and cannot be used

People first began reporting issues at around lunchtime on Monday.

"Did anyone else's Instagram just get suspended for no reason?" tweeted one affected user.

"And now Instagram won't even bother to let you appeal it just gives you an error?"

Instagram's troubles come less than a week after another Meta platform, WhatsApp, suffered a major outage.

Tens of thousands of people reported being unable to send and receive messages last Tuesday morning.