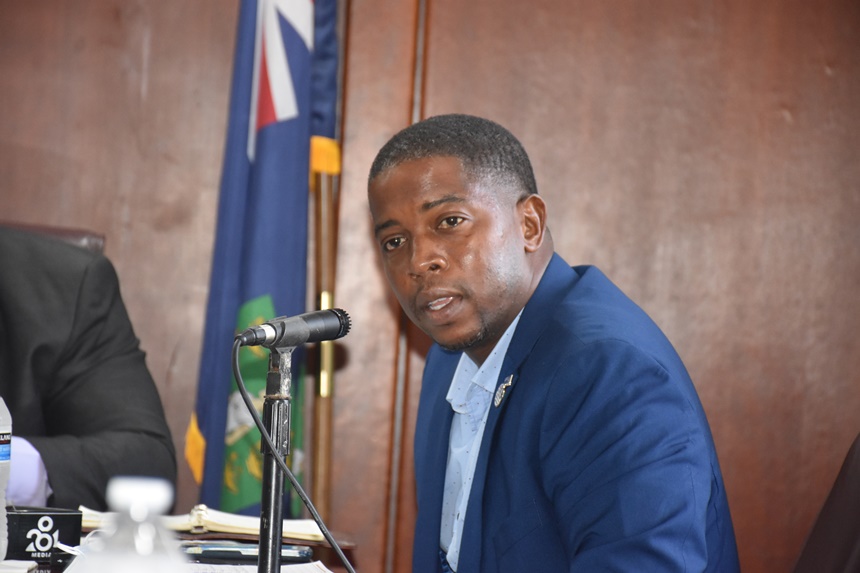 Is BVI prepared for gambling law’s pitfalls? It will create loan sharks

Opposition legislator Melvin ‘Mitch’ Turnbull has raised questions about what has been put in place to avert some of the likely social ills that will come with the implementation of the territory’s gambling laws.

He raised those questions during the debate on the Virgin Islands Gaming & Betting Control (Amendment) Act, 2021 that passed in the House of Assembly (HOA) yesterday.

Turnbull said that although the territory will likely increase its revenue with the money that will be received from this legislation, there is a very dark side to that same reality.

“It will create an environment where we already have loan sharks,” Turnbull said.

“What will we have in place to deal and combat with the violence that will come with that?” the Second District Representative questioned.

The Opposition legislator, whose clergyman father also opposes the territory’s gaming laws, further questioned what will happen when the rates of violence and crime inevitably go on the rise.

“Can we ignore the families that will be destroyed?” Turnbull asked.

He also posed the question of whether the BVI can assist in the deterioration of the family structure at the expense of simply diversifying its economy.

The legislator argued that while there will be some glamour attached to the new legislation, it is also important that measures be put in place to deal with the social ills that will come out of the gambling industry.

Arguing in support of the legislation, Premier Andrew Fahie said there is rampant open gambling and betting already happening in the territory, despite this being illegal.

He said persons even offer delivery services where betting and gambling is concerned.

Premier Fahie contended that gambling needs to be regulated properly and the territory should not continue to be living a lie and ignore the illegality of the situation.

“Let’s not pretend like we don’t know what’s happening,” the Premier said.

“We either shut all of them down and lock all of them up, or you go and do what we’re doing — putting the regulations in place with how it’s going to operate legally and get what is yours and make sure that it’s properly regulated so it doesn’t encourage any negative behaviours,” he stated.