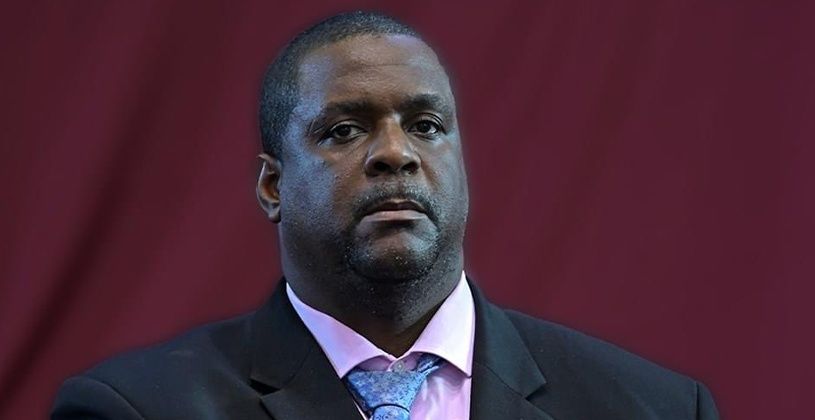 Premier and Minister for Finance Hon. Andrew Fahie said one of his objectives at today’s live proceedings of the ongoing Commission of Inquiry (CoI) was to clear the BVI’s name in relation to the controversial COVID-19 stimulus grants.

Premier Fahie told the CoI’s Commissioner, Sir Gary Hickinbottom that it was important for him to give context to his responses for that expressed purpose.

Despite attempts by Commissioner Hickinbottom to stop him from his lengthy speeches, he said it was important for him to do so.

“I need to respond in this way. I believe as Premier of this country, and also as a government, some serious allegations have been made. It is a trend I keep seeing; when I come in here. Yes, it was, and I said that’s the case, and now I am being asked questions I can’t be told how to answer.”

He continued: “We have seen where this has generated where the allegations that have come to light where Dominic Raab, the former Foreign Secretary of State went to the House of Commons and stated with almost certainty that $40 million or millions of dollars to be precise, were given out to cronies that should have been for needy families.”

Premier Fahie said he must inform about “the former Governor [Gus Jaspert] who called this inquiry.”

“… I must state Commissioner that I must be allowed to give context when I speak because that was done without our knowledge; we saw it on the news. And I might say, Commissioner, it is etched in my mind…because that catapulted a media frenzy on this that has some irrevocable damage to persons character and also etched in some person minds that this government went with that money for true that was given out in grants.”

I Came To Clear Things Up

He said, as a result, he came to clear the air on the matter.

“It went as far as an organized media blitz by the same entities to have my wife and me, a picture up by drugs, which we have never done drugs, stating that we are cash cartels and all kinds of different things with subliminal messages which have put all elected officials in danger and their children being abroad in danger. That I cannot forget!” he expressed.

He added: “I come here commissioner, with due respect to you; I am going to find how to put in context what happened with these grants even if I have to take a little longer than you all would want. I come to clear this government and this country’s name because none of it went to our pockets, none of it went to any family and friends as has been told, and we must be able to clear that record.”

Sir Gary then told Premier Fahie that the answer to the question was straight forward and if every answer took “10 or 15 minutes”, then it would leave less time to deal with important issues that he raised.

“They will be dealt with in proper course, Premier,” he said.

The matter of the saga surrounding the method used to disburse part of the $62.9 Million in 2020 to aid local businesses, fisherfolk, farmers, taxi operators and residents affected by the ongoing pandemic.

Some $40 Million of that package came from the Social Security Board (SSB), and while the final report on the initiative has not been made, it has been widely criticized in several quarters, because in some cases, persons received quadruple the amount they applied for from the government.