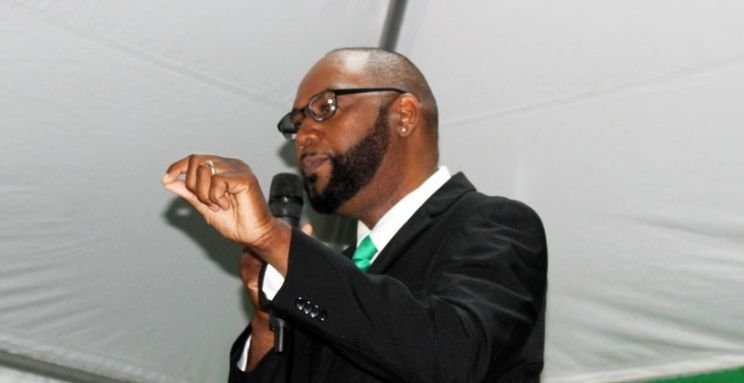 Deputy Speaker and At Large Member Hon. Neville 'Sheep' Smith has described the United Kingdom’s position on the ascension of the drug-related Bills as an insult to the people of the British Virgin Islands.

Speaking to the issue on Tuesday, December 15th 2020 sitting of the House of Assembly, he said a report stated that “the UK, because of our drug bust they will not ascent to our medicinal marijuana.”

He continued: “Mr. Speaker, even to that statement I think is an insult to the people of the Virgin Islands. It’s an insult because the UK should be building us up, not breaking us down, not trying to find ways to make us look small and bad. To me that’s what I am seeing.”

In a statement issued on December 10, Governor Augustus Jaspert explained the reasons behind the delay to the ascension of the Cannabis Licensing Bill which has been at his office for many months.

He explained that local officials must collaborate with the United Kingdom officials to establish a Cannabis Authority to oversee the industry in the BVI.

He said he had passed the buck to the Foreign Secretary and UK stands ready to engage on the matter and once the steps are taken, “I hope ascent can be granted.”

The Governor further mentioned that the UK’s Home Office now acts as the liscensing authority for drugs in the BVI; however, the Cannabis Liscensing Act would then take over that responsibility.

“For this to happen, BVI and the Home Office need to work together to take preliminary steps to transfer the authority and enter into a Memorandum of Understanding, which is a binding agreement between the two Governments. International regulations on this matter are extremely complex, and the bills have required a great deal of scrutiny and cross-examination with international laws," he explained.

Governor Jaspert further noted, "As BVI is an Overseas Territory of the UK, BVI is bound by the UK’s international obligations, when it comes to the regulation of drugs. The UK has ultimate responsibility for ensuring BVI complies with those obligations, and the UK is held liable if there is a breach in compliance."

As it relates to the same fate of the Drug (Prevention of Misuse) Amendment At 2020, Jaspert pointed out that the recent cocaine seizure valued at over $230 million, the largest in the territory’s history was a concern and has contributed to his lack of ascent to the Bill.

He said, considerations for the Bill “have been complicated by the increasing number of illegal drugs seizures that have taken place here in recent months – particularly the record-breaking seizure of more than 2,300 kilos of cocaine in early November.”

He continued: “Criminal investigations are ongoing, but these instances show that a significant scale of illegal drug trafficking is taking place here. Ministers in the UK are concerned by this and by BVI’s vulnerability to regional organised crime, especially given that the UK holds overall responsibility for BVI’s security and international relationships. I know many others, including myself, share these concerns.”

As such, he informed that the UK Foreign Secretary who now has possession of the Bill will decide on the way forward.

“He has therefore instructed me to pass the Bill to him for ascent, so that he may consider alongside wider factors including the security of the region, the UK’s work in the region and the recent United Nations’ decisions. I expect that once BVI’s licensing authority is fully operational in regulating the medicinal marijuana industry, some of these concerns relating to recreational drugs may be mitigated,” Governor Jaspert noted.

The BVI government has stated that it is hoping to venture into the medicinal marijuana industry to create jobs and revenue streams.