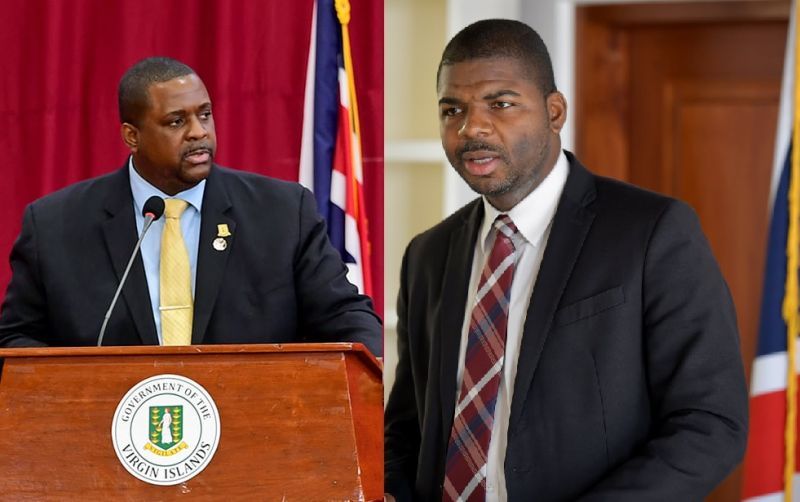 'It’s not my job to proclaim' Andrew A. Fahie 'innocent or guilty'- Premier Wheatley

Premier and Minister of Finance, Agriculture and Fisheries Dr the Honourable Natalio D. Wheatley (R7) has said it has been a challenge establishing communication with former Virgin Islands' Premier Andrew A. Fahie, who remains imprisoned in Miami, Florida.

It was on April 28, 2022, that Mr Fahie and Director of the BVI Ports Authority (BVIPA) Oleanvine Maynard were arrested by the Drug Enforcement Administration (DEA) at an airport in Miami on charges of conspiracy to traffic cocaine to the United States of America (USA) and money laundering.

'It's difficult to speak' with Mr Fahie- Premier Wheatley

Speaking out about his non-communication with Mr Fahie, Dr Wheatley said on the JTV Channel 55 News Update today, May 9, 2022, that due to the situation of Mr Fahie, "it’s difficult to speak with him, he doesn’t have any form of communication, of course there was a decision made by the courts in Miami that he would be released on bail, that decision has been challenged and he remains in detention at this particular moment,” Dr Wheatley stated.

The new premier also said the alleged actions of Mr Fahie are hurtful and damaging; however, he still prays for him and family.

“I am not sure what level of communication we will have but I just want to let the people of the Virgin Islands know that despite what he has alleged to have committed, despite all the ways in which the Virgin Islands is challenged because of what he is alleged to have been involved in, he is a human being. Certainly my thoughts and prayers are with him and with his family, especially his mother who is mourning the loss of her daughter and now has to deal with the challenge of her son being detained and arrested."

Premier Wheatley insisted on a non-judgmental position as the matter has to be tried in a court of law.

“It’s not my job to proclaim him innocent or guilty, he will go through the court process and if he is found to be guilty he would be punished for what he is alleged to have done and I can only ask pray to God that this experience helps him to become a better person.” 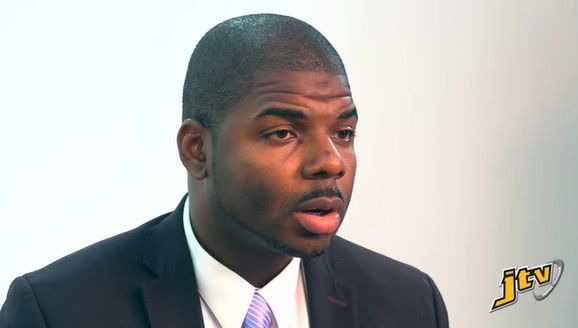 Premier and Minister of Finance, Agriculture and Fisheries Dr the Honourable Natalio D. Wheatley (R7) during an interview with JTV Channel 55 today, May 9, 2022.

Mr Fahie 'is entitled to the presumption of innocence'- OECS

The Organisation of Eastern Caribbean States (OECS) has also called on persons to not rush to judge Mr Fahie but to let the legal process run its course.

"Like all persons charged with a criminal offense, Andrew Fahie is entitled to the presumption of innocence, procedural fairness, and a free and affair trial within a reasonable time," the OECS noted in a statement on May 2, 2022.