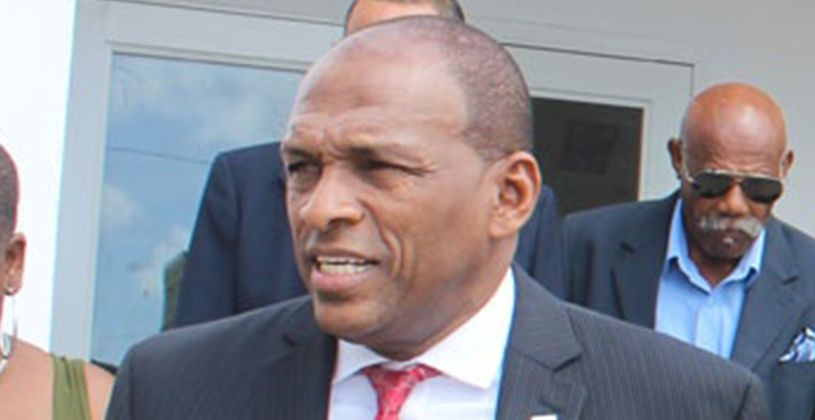 It's Public Funds! Your Name Is Going To Be Public

Opposition legislator and Member for the Fourth Electoral District Hon. Mark Vanterpool has advised companies not wanting their names to be made public to avoid engaging with the government.
Hon. Vanterpool's comments were made during last Thursday's sitting of the House of Assembly (HoA) as he added his opinion on whether the names of companies doing business with the government should be called in the HoA.

He said there are times when names should be called, especially when companies "went forward and help us get to where we are."

"I don't see why names shouldn't be called…you are going to have to call names in here sometimes, and my view is very straight about any names with people who do business with government. The moment you decide you sign a contract with the government, your name is public."

The matter arose during a recent sitting of the HoA, when Opposition Leader Hon. Marlon Penn sought answers to the details of monies the BVI Airport Authority (BVIAA) owed to vendors, contractors, and individuals from January 1, 2019, through May 10, 2021. However, Premier and Finance Minister Hon. Andrew Fahie citing the Standing Orders, indicated that he would not name the companies and individuals. Hon. Penn insisted that while he was in agreement with not naming the individuals, the companies should be named.

Speaker of the House of Assembly Hon. Julian Willock, said he would write to the Attorney General on the matter for an opinion on the naming of companies.

When he was later questioned at a press conference on whether he has sought the advise from the AG on the matter, he said "I don't wish to disclose that at this press conference. The Hon. Attorney General has given us in the house off-camera, her views and I will consult with members to see if that is something that needs to be officially sent out to the media houses, but I did what I said I would do."
#Fahie