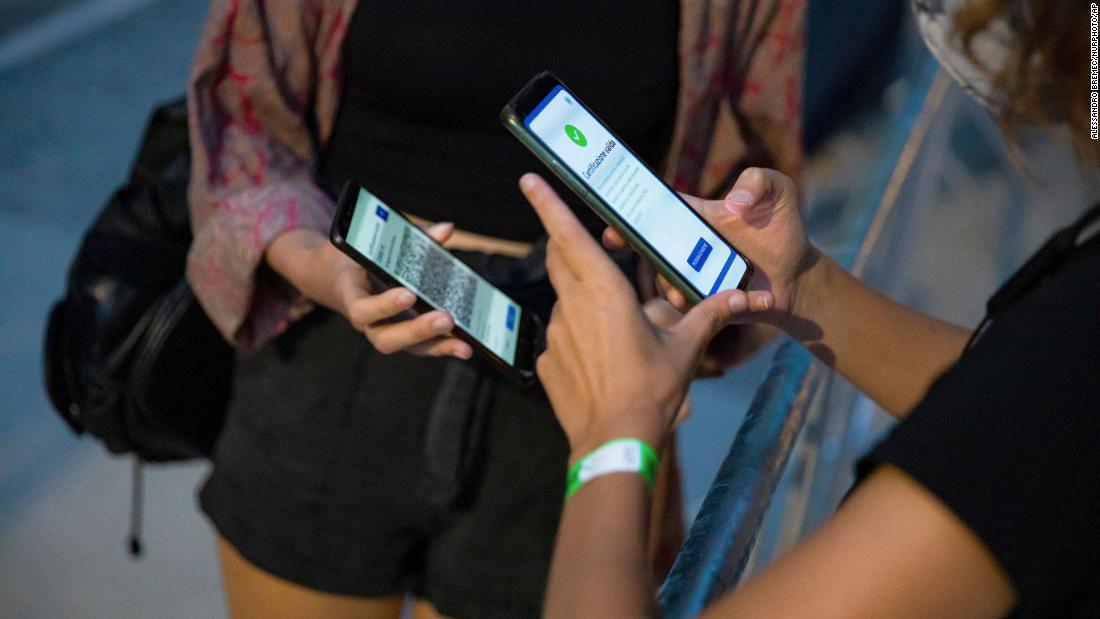 Italy to mandate Covid-19 'Green Pass' for all workers

The Italian government has approved a decree making it mandatory for all public and private sector workers to show proof of vaccination, a negative test or recent recovery from infection, Italian Health Minister Roberto Speranza told a news conference on Thursday.
The rule was decided at a cabinet meeting and aims to persuade more people to get vaccinated against Covid-19. It is due to come into force on October 15.

"This is to make these [work] places safer, and make the vaccination campaign even stronger," Speranza said. He called the decree "a strategy that points on the vaccine as fundamental key to open a new season."

Around 75% of the Italian population aged 12 years and over have been fully vaccinated, according to government figures.

The move makes Italy -- once the epicenter of Covid-19 on the continent -- the first country in Europe to introduce such a blunt rule. Italy had already mandated health workers be vaccinated.

Since August 6, a "certificazione verde," or green pass, has been needed to enter cultural sites such as museums or galleries, entertainment and sports venues, theme parks, spas, and to eat indoors. This was extended to include domestic flights, train travel between regions as well as sea travel on September 1.

The pass shows that the holder has been vaccinated, has tested negative within the past 48 hours, or has recovered from the virus within the past six months.
Speranza said Covid-19 tests will be made easier to acquire, with more pharmacies able to carry out antigen tests. However, he said tests will only be free for people who are medically exempt from being vaccinated -- meaning those who refuse to be vaccinated for other reasons will have to pay to be tested, ultimately paying to obtain their 'Green Pass' to go to work.

The announcement comes amid fears of a potential surge in Covid-19 infections this winter.

Italy is currently in a state of emergency because of the pandemic. Although the country has emerged from a third-wave lockdown, case numbers are being studied, and individual regions could bring back restrictions at any point.

Italy holds Europe's second highest death toll (after the UK), according to the John Hopkins University data map, passing the milestone of 100,000 deaths on March 8.