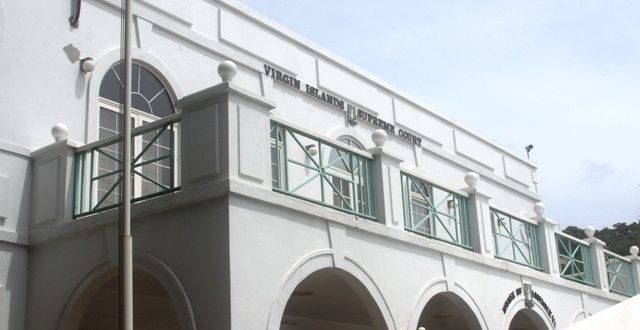 A Jamaican national residing in the British Virgin Islands, who reportedly sent over $20,000 that was mistakenly deposited into her bank account to her homeland for investment purposes, has been given a 12-month probationary sentence for the crime.

High Court Judge Richard Floyd handed down her sentence on July 17, and the judgement was recently made public via the court’s website.

According to court documents, Kerron Fagon (defendant) was charged with one count of theft of $20,809.51.

In handing down the sentence, the Judge said, “Although a relationship of trust is not in play in this case, that is not to say that the behaviour of the defendant was not serious and wholly inappropriate. She took advantage of an accounting error by her bank, a large corporation with immense assets, for her own benefit.”

He said when he examined the aggravating and mitigating factors in the case, he was “satisfied that the defendant was motivated by greed.”

“She took the entire amount available as soon as she became aware of it. She then quickly disposed of the funds for her own benefit. However, to her credit, she has repaid the amount in full. Something that, it appears, would not have been easy for her.”

Fagon, having no previous conviction, cooperating with police, being a person of good character, accepting responsibility for her actions by pleading guilty, and being remorseful were some of the mitigating factors that the court considered during sentencing.

Judge Floyd noted that while the matter was a serious one, the defendant took positive steps to deal with it.

“In considering the principles of sentencing, I do not find the need for deterrence or denunciation to be emphasized. The Defendant has taken responsibility for her actions and has paid back her debt to the victim. I do, however, find that her behaviour indicates that she could benefit from counselling. By way of rehabilitation, that would assist her. Furthermore, to impose a criminal record on the Defendant in these circumstances would not be productive. The Defendant is 27 years of age. She is still a young woman with a bright future ahead of her,” he said.

Judge Floyd further informed that in all the circumstances, it would not be expedient to inflict any punishment on her other than probation. As such, she would be conditionally discharged and placed on probation for a period of 12 months.

She was ordered to keep the peace and be of good behaviour, report to and be under the supervision of a probation officer, appear before the High Court when required to do so, notify the probation officer and the court in writing and in advance of any change of address or employment, attend for and accept such treatment and counselling as may be arranged by and through the probation officer in the area of theft prevention and financial management.

Facts of the Case

On March 28 2019, the sum of $20,809.51 USD was deposited in error into her bank account, but it was not until September 3rd of the same year that the bank noticed the error. As a result, the bank contacted Fagon the following day and invited her to the bank to discuss the matter, and she complied.

She confirmed to bank officials that she had not expected to receive the funds and stated that she had contacted the bank’s call centre on the matter. Fagon claimed that the call centre representative advised her that she should access the said funds, and that’s what she proceed to do.

The bank, following a probe into the matter, concluded that the funds had been intended for another client’s account, and it had been deposited erroneously into Fagon’s account.

Prior to the deposit, the defendant’s bank account had a consistently minimal balance.

Fagon was then informed that she had to repay the said funds and agreed to do so by a specific timeframe; however, when the bank staff did not hear from the defendant, the matter was reported to the police on September 17th.

She was arrested, and sometime after her arrest, the bank informed the police that she paid the sum in full.

Notably, during her arraignment hearing, the court heard that Fagon distributed the cash in varying sums to friends to send to Jamaica on her behalf. The funds were then used to buy a vehicle, commence construction on a house and to maintain her pig farm.