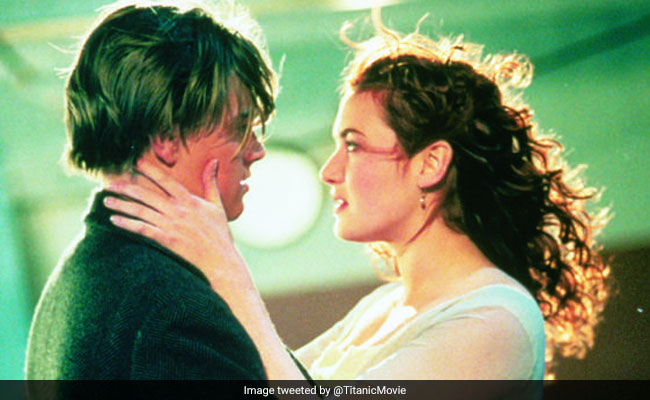 The filmmaker in the interview revealed that he was initially thinking of someone like Gwyneth Paltrow for Rose.
Visionary filmmaker James Cameron in a recent video interview spilt surprising details from the making of the blockbuster movie, "Titanic." The film which celebrates 25 years of being released next month said that he almost didn't cast Kate Winslet and Leonardo DiCaprio to play Jack Dawson and Rose DeWitt Bukater.

The filmmaker in the interview with GQ revealed that he was initially thinking of someone like Gwyneth Paltrow for Rose. He said that when Kate was proposed as an option, he was afraid that she was too much of a typecast. And if he picks Kate for the role it might look like the "laziest casting in the world."

"I actually didn't see Kate at first," he said in the interview. "She had done a couple of other historical dramas as well, and she was getting a reputation as 'Corset Kate' doing historical stuff."

But soon after the meeting with Kate, he thought she was "fantastic," and the rest, of course, is history.

Meanwhile, with Leonardo DiCaprio, there were many hiccups initially. "There was a meeting with Leo and then there was a screen test with Leo," Cameron said. "The meeting was funny because I am sitting in my conference room, waiting to meet an actor. And I look around, and all the women in the entire office are in the meeting. They all wanted to meet Leo. It was hysterical."

He said the meeting went well and the actor charmed everybody. DiCaprio was asked back for a read with Winslet. But it did not go that smoothly.

The filmmaker said that the actor showed up at the audition with a diva-like attitude.

"So Leo came in - of course, charmed everybody, myself included," Cameron explained. "And I said, 'Alright, let's see what your chemistry's like with Kate.'"

The actor thought that meant another meeting with Kate. But the filmmaker had called him to read lines together.

"And he said, 'You mean I'm reading?' And I said, 'Yeah.' He said, 'Oh, I don't read,'" The filmmaker then claimed that he extended his hand to the star and told him, "Well, thanks for coming by."

"And I said, 'Oh, yeah. Come on. This is, like, a giant movie that's gonna take two years of my life ... so I'm not gonna f-k it up by making the wrong decision in casting. So you're gonna read, or you're not gonna get the part."

The actor submitted to his credit and the filmmaker remembered how the actor 'lit up' and "became Jack".

Titanic was released in 1997 and won 11 Academy Awards.