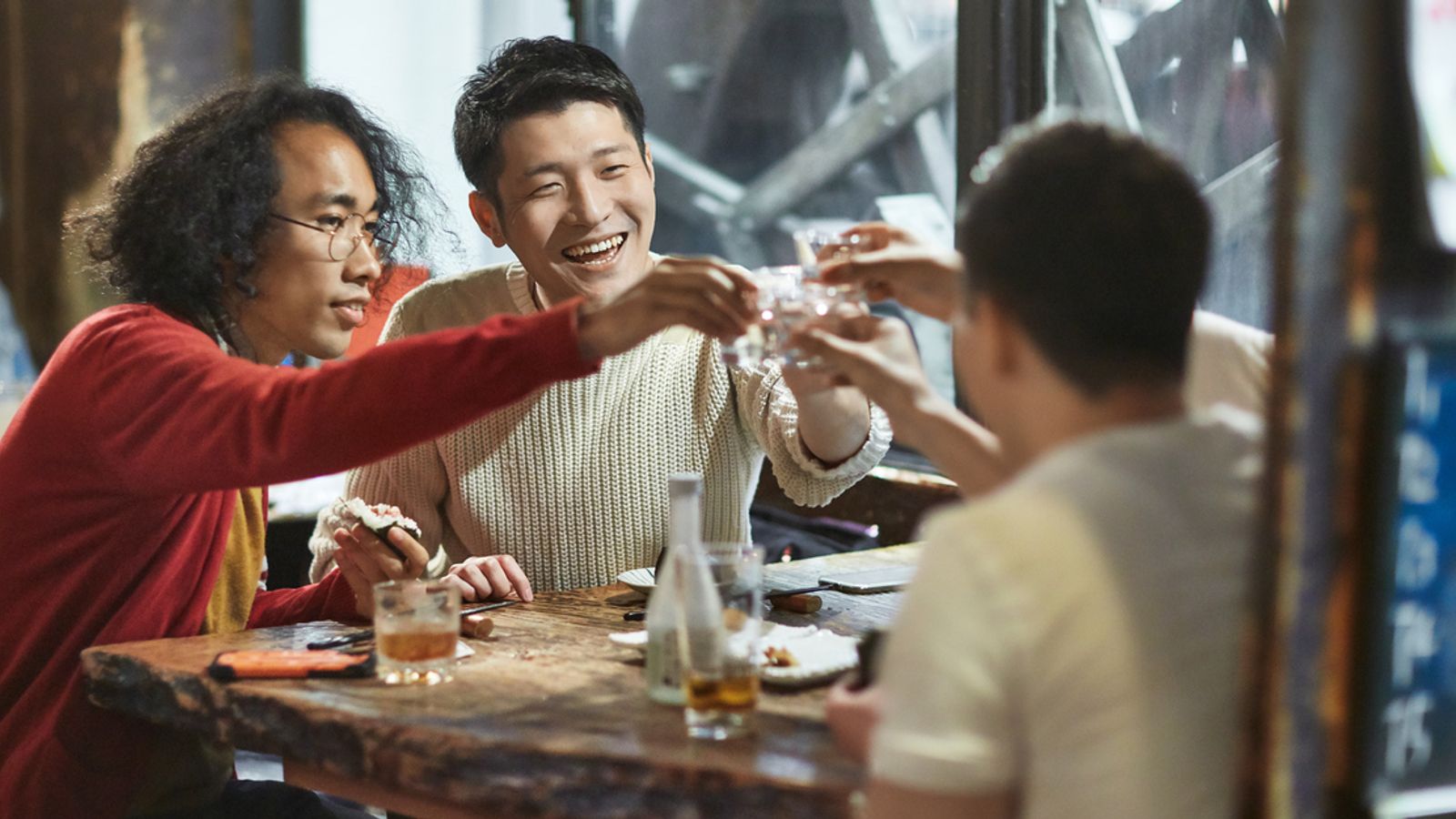 The Japanese government has launched a nationwide competition to revitalise the alcoholic beverages industry which has been shrinking due to demographic changes, lifestyle choices and the coronavirus pandemic.
Japan's youth are being encouraged to drink more and boost the economy following a fall in tax revenues from alcoholic beverages.

The Japanese government has launched a nationwide competition to revitalise the industry which has been shrinking due to demographic changes, lifestyle choices and the coronavirus pandemic.

The country's national tax agency's Sake Viva! campaign, which runs until 9 September, asks people aged 20 to 39 to come up with ideas for new "products and designs" to "stimulate demand among young people".

"The domestic alcoholic beverage market is shrinking due to demographic changes such as the declining birth rate and ageing population, and lifestyle changes due to the impact of the new coronavirus infection," the tax authority's campaign website says.

"In this project, by asking young people to propose their own business plans, we will appeal to young people for the development and promotion of Japanese alcoholic beverages, and at the same time, we will revitalise the industry."

"As working from home made strides to a certain extent during the COVID-19 crisis, many people may have come to question whether they need to continue the habit of drinking with colleagues to deepen communication," an official at the tax agency told the newspaper.

"If the 'new normal' takes root, that will be an additional headwind for tax revenue," they added.
#Coronavirus  #COVID-19  #Covid