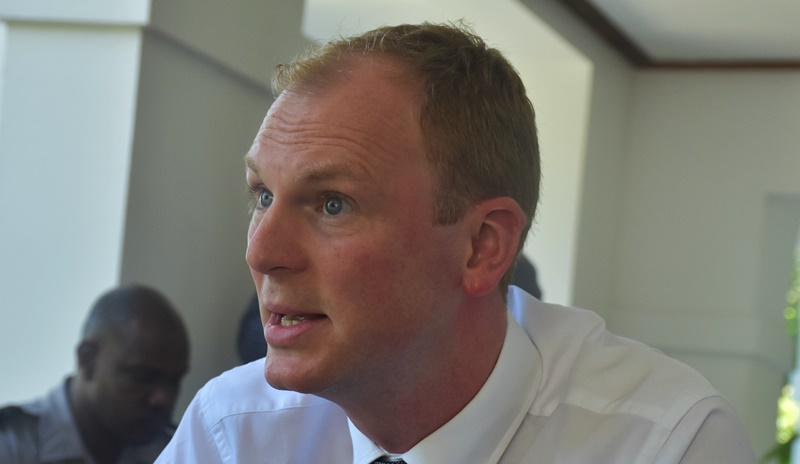 Last week, as BVI residents were preparing for the weekend, the territory received news from Governor Augustus Jaspert that he had overridden the Premier and invited the British Royal Naval vessel, HMS Medway, to help the local forces secure the territory’s borders.

His decision to use his constitutional powers less than five months before his official departure from office is not unique.

Governor Jaspert’s predecessor, John Duncan Governor had made a similar decision less than five months before his tenure ended.

In March 2017, Duncan exercised his constitutional powers, and forced the then NDP government to allocate an additional $1.8 million to law enforcement and legal services.

His decision took effect within 24 hours of his announcement.

Duncan’s reasons for making his own decision were similar to Jaspert’s — the matter was important and his milder attempts to get what he wanted had failed.

Jaspert also said he has tried to get local lawmakers to agree with his suggestion to invite additional security support from the UK.

“I was disappointed that the offer of security support was not accepted at the time, as I felt it was a missed opportunity to enhance our local capability and protect our community from external risks. I have continually pressed this as a priority with colleagues…” Jaspert said in his statement last week.

In 2017, former Governor Duncan expressed regret when he invoked Section 103 of the BVI Constitution.

Similarly, Jaspert sympathised with local lawmakers’ need to take care of their own affairs. But he said he had to exercise his constitutional powers to prevent spikes in crime and COVID-19 cases in the BVI.

In 2017, Duncan’s move had angered many local politicians.

In this current instance, members of the government are yet to comment directly on Governor Jaspert’s decision.

However, Premier Fahie did post a video on his personal Facebook page on Sunday, September 27, showing scenes of local security officers working at sea.

In the video, Premier Fahie said, “The government of the Virgin Islands, elected by the people continues to put preventative measures in place to ensure the safety of us all. We pray for God’s protection for our sea borders control agencies. BVI government continues to invest in strengthening our sea border security…and our achievements stand testament to what we can achieve as self-determined people.”