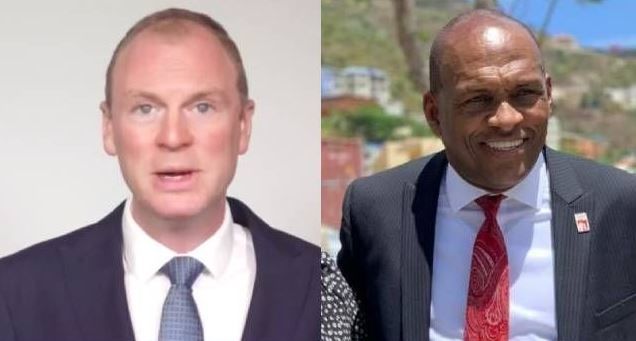 Fourth District Representative in the Virgin Islands (VI) House of Assembly (HoA) Hon Mark H. Vanterpool (R4) has called on controversial ex-Governor Augustus J.U. Jaspert to retract and apologise for his recent allegations and broad statements that a top-ranking Government official in the BVI is allegedly involved in the cocaine trade and organised crime.

Hon Vanterpool made the statements during yesterday’s October 28, 2021, 12th Sitting of the 3rd Session of the 4th House of Assembly (HoA) in Duff’s Bottom, Tortola, where he also warned against allegations and innuendos thrown towards legislators, particularly as it relates to corruption, drugs or use of public funds.

During his appearance before the CoI, Ex-Governor Jaspert on October 20, 2021, claimed, without any evidence, that the VI had alleged cocaine links in the highest level of office.

Part of the prompt for the CoI, he said, were due to concerns about links to organised criminality and to those involved in the cocaine trafficking trade, including allegedly amongst those in the highest holders of public office.

Hon Vanterpool said he was left 'appalled' at the statements and that Jaspert could have never accused UK legislators without bringing facts or evidence forward, in order to say it publically.

"I am very hurt," the senior legislator said while noting that he was a high-level Government official for some 20 years and therefore, could be part of that broad statement. 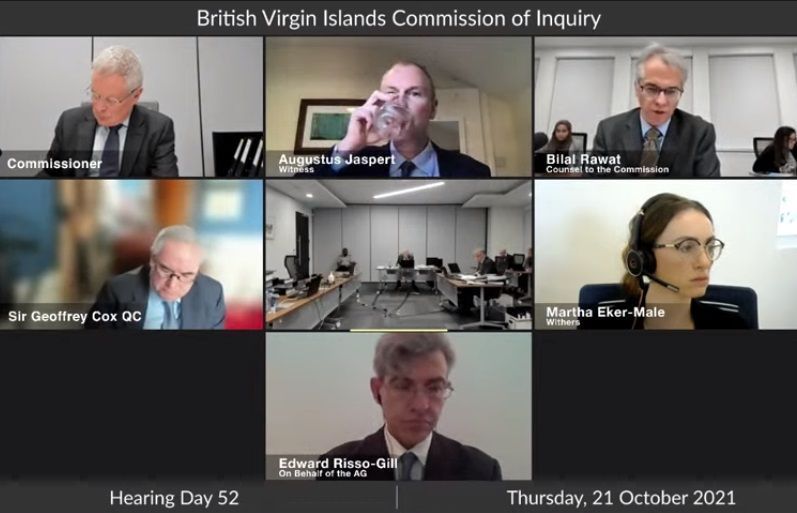 During his appearance before the CoI, Ex-Governor Augustus J.U. Jaspert on October 20, 2021, claimed without any evidence that the VI had alleged cocaine links in the highest level of office.

The legislator said to serve the people, “I have lost many opportunities and at one point I had to stop and think that I was becoming a pauper because of my presence in the House of Assembly.”

He said that elected members are subjected to people’s opinions, and it is expected; however, the member illustrated that some comments are not based on facts.

As an example, Hon Vanterpool recalled being told of persons looking at his McNamara home and saying it was built with BVI Ports Authority money.

“Whatever insinuations they had there I don't know, and sometimes even we as politicians are responsible for what we say and do to give the wrong impression,” he said.

He urged persons to be careful about what they say if they don’t have the facts to support statements.

Hon Vanterpool said the VI is now in a season where innuendoes and allegations are no longer a joke or talk for just within the VI, but with outsiders.

The 'statesman' further revealed shocking allegations of persons claiming that he was involved in drugs to be able to afford his businesses.

“I come up feeding pigs,” he said while noting that one of his principles is working hard for what he has and never having an involvement in the narco trade.

Meanwhile, Mr Jaspert was previously called upon by members of the public and commentators to apologise for what many perceived as racist and insensitive remarks regarding his stance on reparations for slavery and preserving names of landmarks in honour of persons who were involved in the slave trade and committed brutal acts against humanity.

As a parting gift; however, Jaspert controversially announced a Commission of Inquiry (CoI) into governance in the VI on Martin Luther King Day, January 18, 2021.