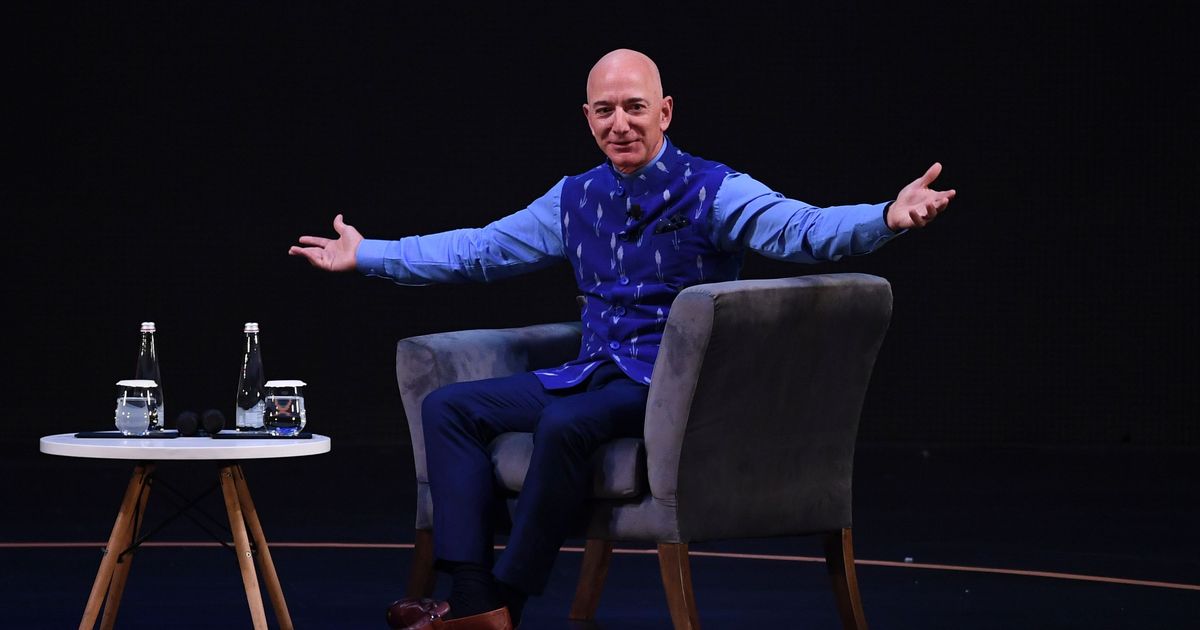 Amazon's Jeff Bezos is deploying a "some bad apples" defense of the company's reported anticompetitive practices, but isn't saying those apples don't exist.
Bezos, CEO of Amazon and world's richest person, appeared before congress today at a hearing with Big Tech CEOs about whether these companies have been violating antitrust law. During the hearing, Amazon's own congressional representative, Pramila Jayapal (D-WA), asked Bezos whether Amazon uses third-party seller data to help determine what it should manufacture and sell as part of Amazon's private label. Such a move would be considered an anticompetitive practice because Amazon has access to data and information that its direct competitors do not, which it can use to copy and undercut those same sellers.

Bezos did not deny the claim.

"I can't answer that question yes or no," Bezos said.
"What I can tell you is we have a policy against using seller-specific data to aid our private label business. But I can't guarantee you that that policy has never been violated."

Jayapal, of course, then busted out an April 2020 Wall Street Journal article that reported the company had done exactly that. Former Amazon employees have apparently also reiterated the reports to congress in its own investigations.

"We continue to look into that very carefully," Bezos said in response. "I'm not yet satisfied that we've gotten to the bottom of it, and we're going to keep looking at it."

"I'll take that as a you're not denying that, you're looking into it," Jayapal said.

Bezos' acquiescence to the potential use of this data was made all the more awkward since, as Jayapal noted, an Amazon executive told congress in 2019 that this explicitly was not going on.

Bezos stressed that Amazon does have a policy against using third-party data to inform Amazon private label decisions, and that anyone doing so would be in violation of its rules.

However, Jayapal brought up a loophole that, again, Bezos did not deny.

Amazon employees are allowed to look at "aggregate category data." For example, they can look at the data of "shoes," but not one seller's data about its shoes. The Wall Street Journal reported, and former employees told congress, that Amazon employees would create hyper-specific, narrow product categories which could encompass as few as one or two products. This would effectively give employees access to "anonymous" third-party data, without breaking the rule of looking at specifics.

"Yes, aggregate data is allowed under our policies. That is correct."

Bezos tried to tout the opportunity Amazon had created for third-party sellers, but Jayapal cut him off:

"You have access to data that your competitors do not have," Jayapal said. "You might allow third-party sellers onto your platform. But if you're continuously monitoring the data to make sure that they're never going to get big enough that they're going to compete with you, that's the concern this committee has."