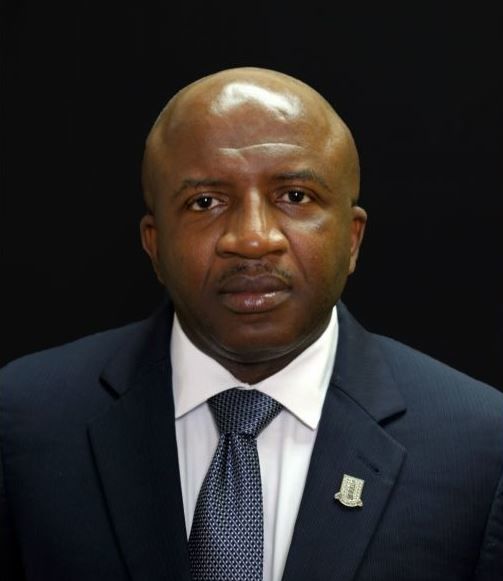 Virgin Islander Mr Jeremiah G.A. Frett has been confirmed to the post of Financial Secretary, having acted in the post since January 2021.

Mr Archer, Jr, according to the press release, also commended the Financial Secretary for successfully executing the role for over a year, stating, "Mr Frett has already provided the Ministry of Finance with exemplary service as a leader.”

The Deputy Governor continued, “He has brought a new tenacity to the role, and I am confident he will continue to do so, effectively benefiting the people of the Virgin Islands through a more efficient Ministry of Finance.”

A 'foundation' to build on

Commenting on his confirmation, Mr Frett described it is as being an honour.

“I look forward to continuing to work with the staff of the Ministry of Finance and other stakeholders to provide strategic, economic and fiscal leadership that promotes the sustainable economic development of the Virgin Islands, as we have been doing as a team over the past few challenging years,” Mr Frett said.

“They provided a foundation for me to build on, and I am privileged to be working with a knowledgeable and supportive team at the Ministry of Finance. I sincerely thank all who have played a role in this milestone,” Mr Frett said.

As Financial Secretary, Mr Frett is responsible for the day-to-day management and administration of the Ministry of Finance to maintain the efficient delivery of services across the departments under the ministry’s portfolio.

Mr Frett has a Master’s of Finance from Glasgow Caledonian University, and a Bachelor of Science Degree in Business from Shepherd College. He has been a public officer since 1997 and has carried out various roles under the Office of the Deputy Governor as well as the Ministry of Finance. These roles include serving as both Accounts Manager and Finance and Planning Officer at the Deputy Governor’s office and as Policy Analyst and Budget Coordinator in the Ministry of Finance.