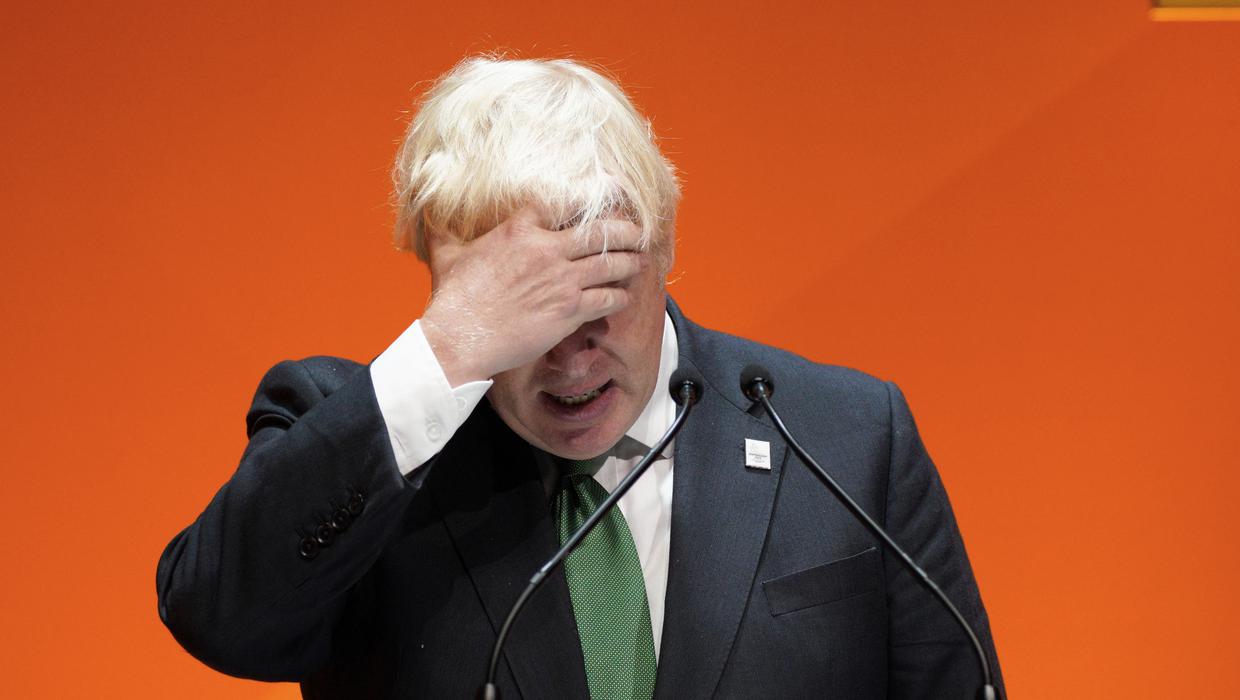 Boris Johnson said periods of difficulty were “inevitable” as he faced accusations his “zombie government” was failing to address the crisis caused by soaring energy bills.

Consumer champion Martin Lewis urged the Prime Minister and the two rivals vying to succeed him – Rishi Sunak and Liz Truss – to thrash out an emergency package of support.

Money Saving Expert’s Mr Lewis said decisions must not be delayed until the conclusion of the Tory leadership contest because households will start receiving increased bills before then ahead of the energy price cap rising to £3,500 or more in October.

He dismissed the extra help promised by Mr Sunak and Ms Truss during their leadership bids as “trivial” in the face of bills which are set to be £2,300 a year higher than they were last October.

In a speech in Birmingham, Mr Johnson said: “I know that the pressures people are facing on their cost of living and the global inflation problems that we’re seeing, the energy squeeze, the cost of gas, every country around the world is feeling it.

“But my argument to you would be that sometimes you’ve got to go through periods of difficulty and you’ve got to remember that they are just inevitable.”

Speaking ahead of the Commonwealth Games opening on Thursday, he said: “Every athlete knows that you have to go through times of real strain and real sacrifice when you sometimes feel it’s not worth it if you’re going to be ready to win.

“And by the same token we in this country have to get through these difficult times, but we have to keep investing and getting ready.”

The scale of the problems facing households was underlined by Mr Lewis on BBC Radio 4’s Today programme.

“It’s going to throw many households into a terribly difficult financial situation that will leave them making some awful choices.”

The wholesale price data that inform the price cap suggest it will increase 77% on top of the 52% rise in April, taking the typical bill to £3,500 a year.

“Others say it will be higher,” he warned.

“We are expecting it to rise again in January.”

A Tory MP said he had seen “absolute fear in people’s eyes” on the doorstep in recent months, as he conceded he was uncertain how his own family will pay for rising bills.

Elmet and Rothwel MP Alec Shelbrooke told PoliticsHome: “To be honest, I’m not sure how in my family we’re going to pay if it carries on going up this road.”

He said to meet bills, “we’re taking money out of the economy, for paying for exactly what we already had”.

Mr Lewis said the choice facing the Government is “you either have to cut prices for people or you have to put more money in their pockets, especially at the poorest level”.

But he added: “The problem is we have this zombie government at the moment that can’t make any big decisions.”

Major policy decisions have been postponed until the new prime minister takes office, with the Tory leadership contest scheduled to conclude on September 5.

Mr Lewis said: “You have to look at the timing issues here. The formal announcement of the price cap will be towards the end of August.” 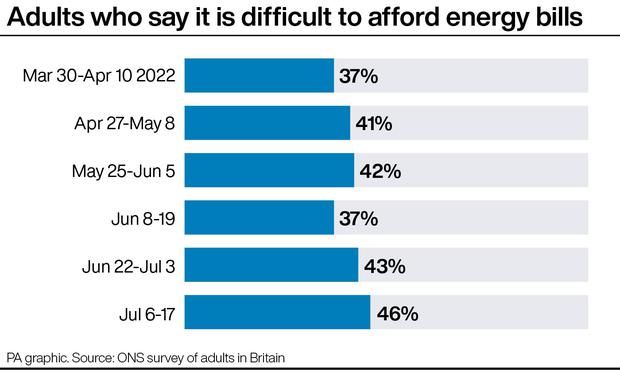 That would trigger companies to inform their customers about an increase in their direct debits.

“People will be panicking, it will be desperate – they are already panicking right now,” he said.

“By September 5 when we have a new prime minister, we will already be absolutely in the mire of this.”

In a message to Mr Sunak, Ms Truss and Mr Johnson, he said: “Please, go and sit in a room together, make a collective decision now of what help you can give and make an announcement to forestall the mental health damage that is coming across the country.”

He said “there needs to be action now, you are all in the same party, you should be able to work out some unifying policy, something for heaven’s sake”.

“Sit in a room, decide what you are going to do together, take a little bit of collective action and give the panicking people across the country a little bit of respite from this.”

Ms Truss has promised to remove green levies from bills to bring the cost down, while Mr Sunak has pledged to temporarily exempt energy costs from VAT.

But Mr Lewis said: “We need political will to get this done. I’m afraid green levies and cutting VAT, they are trivial in the big picture of this.”