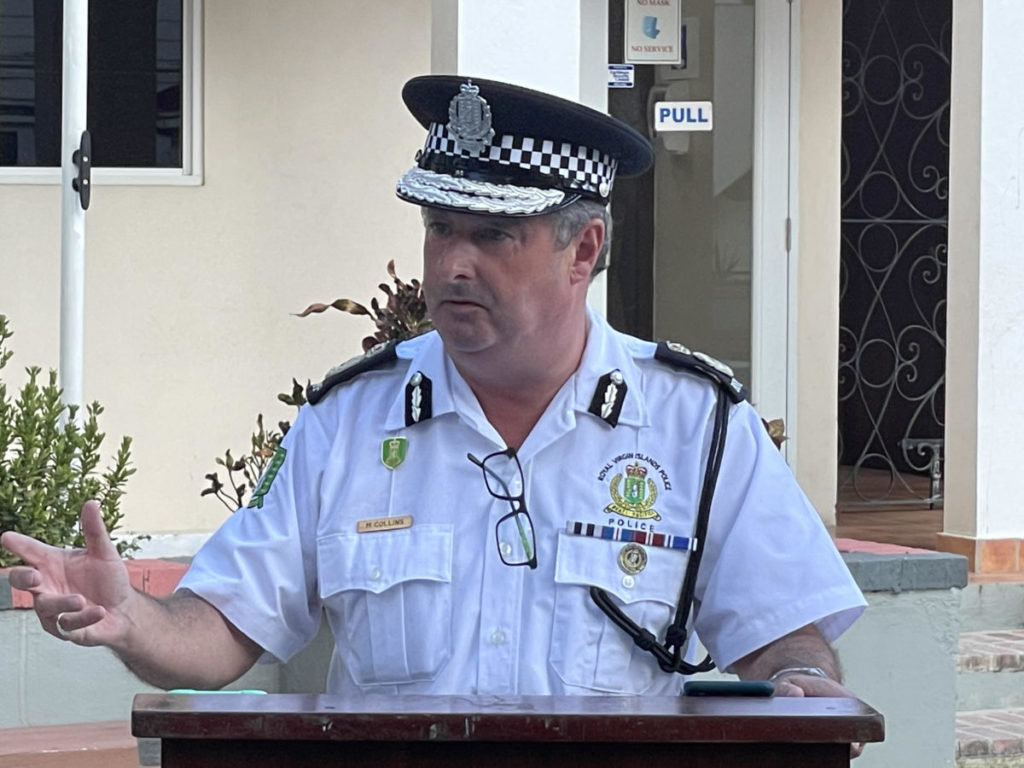 The recently recaptured prison escapee Jose Almestica and the three persons accused of harbouring him have been slapped with several additional charges by the Royal Virgin Islands Police Force (RVIPF).

In a press conference today, the Commissioner of Police, Mark Collins said the additional charges were brought against the accused quartet as a result of investigations into the discovery of high powered, illegal, and prohibited weapons, an unprecedented amount of ammunition, a large amount of cash as well as a large number of counterfeit notes, cocaine, and marijuana at the residence of Almestica.

“As a result of this operation conducted by the Major Incident Team, 20 firearms were recovered and confiscated. Of those 20, seven were high-powered, prohibited weapons. In addition, close to five hundred kilos of cocaine [with a street value of nearly $50 million], 5.8 kilos of cannabis, and hundreds of thousands of dollars were seized,” Collins said.

Commissioner Collins also noted Jennifer Smith as well as Renee and Shamal Smith — the three who were charged with harbouring Almestica — had similar charges laid against them.

The top cop also said the recapture and arrest of Almestica are substantial to crime-fighting in the Virgin Islands.

“He’s obviously a lead player in the drugs and arms trade, not only in the BVI but also in the USVI where the authorities there are also waiting to interview him. Other charges are pending as the investigation continues. Mr Almestica spend several years traversing the seas between the two territories and law enforcement agencies in both jurisdictions had sought to capture him before he was aware that he was on the radar,” Collins further stated.

Almestica was on the run when he escaped Her Majesty’s Prison at Balsam Ghut in 2017 during the aftermath of Hurricane Irma.

He was recaptured on December 7 last year.

The Commissioner said the illegal firearms confiscated during this operation, brought the number of firearms seized in the territory in 2021 to a record 30.

He added that seven of those seized during the period were prohibited weapons. An additional record of 1,650 rounds of ammunition was also seized in 2021.