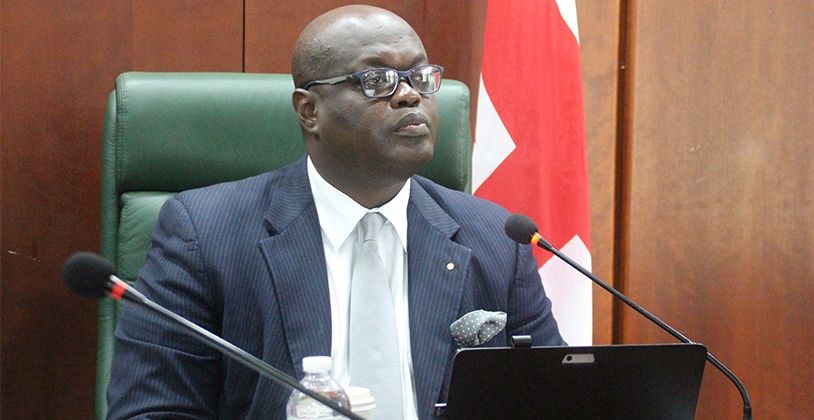 Speaker of the House of Assembly Hon. Julian Willock had ‘no standing’ to seek an injunction to bar three UK attorneys who are working with the ongoing Commission of Inquiry (CoI).

This is according to a Acting Commercial Court Judge Adrian Jack judgement issued on August 27. Hon. Willock is seeking an injunction against Rhea Harrikissoon, Andrew King and Balil Rawat unless they are called to the BVI Bar.

Judge Jack said whether a criminal offence has been committed and whether it is in the public interest for the offence to be prosecuted is normally a matter for the Director of Public Prosecutions and the Attorney-General.

“In the current case, Mr. Willock seeks an injunction restraining the three lawyers from allegedly breaching section 18(1) and (2). This raises a question as to Mr. Willock’s standing to bring the current action. The current claim appears to raise no private law cause of action on Mr. Willock’s part.”

The judge said, instead, Hon. Willock appears to be bringing the claim as part of his public duties as Speaker of the House of Assembly and “the papers filed to date do not, however, identify any statutory basis on which he might be acting. (In England, for example, local authorities can bring injunction proceedings of this type, but this is specifically permitted by statute. There is no general power of public authorities to obtain such injunctions.”

The learned judge said so far as appears from the papers, “Mr. Willock has not yet requested the Attorney-General’s permission to bring the current proceedings. That is a matter which will need to be addressed at the hearing of the application on 2nd September. It is arguable that unless and until the Attorney-General gives permission Mr. Willock has no standing to seek an injunction.”

Furthermore, Judge Jack said this is one of the points that the high court judge – Vicki-Ann Ellis – would considered when the matter of admission of the trio is brought up on October 26.

The judge also noted that the ongoing CoI has “given rise to much political controversy and dispute and these political issues are not matters for this Court to determine in the current proceedings, which are brought by the Honourable Julian Willock, the Speaker of the House of Assembly, as claimant.”

The Judge also mentioned another area of concern.

“In both the amended claim form, the various applications and the three affidavits which Mr. Willock has sworn, he refers to the Commission of Inquiry as “the Inquisition”. This in my judgment is inappropriate. Mr. Willock no doubt has strong views on the legitimacy of the inquiry. The Court, however, requires parties before it to behave with civility to each other,” he said.

Judge Jack added: “The Court will not tolerate abusive language of any description. Describing the Commission of Inquiry as an inquisition does not meet this standard. Nor does any implied comparison of Sir Gary with the late Tomás de Torquemada. The Court will not entertain political point-scoring by litigants before it.”

He then ruled that Hon. Willock has up to 4 pm on September 1st to amend his claim form and applications and substitute “commission” in place of “inquisition”, and if he fails to do so, the claim will be struck out along with his three affidavits but Hon. Willock would be permitted to re-swear and file them on the e-Litigation Portal, but with the amendment.

He added: “Because this order is made ex-parte, the claimant has the right to apply to the Court to vary or discharge this order.”

No Objection From AG

Notably, in a recently acquired letter, Attorney General Hon. Dawn Smith made it clear that she would not be objecting to the trio being called to the BVI Bar that would enable them to practice legally in the territory.

She made her position known via a letter dated July 8th 2021, addressed to Mr. Michael Fay, an attorney at ABVI Law Chambers in Frenchman’s Cay, Tortola, in response to an email correspondence dated July 4 where he complained about the conduct of the trio – Bilal Rawat, Andrew King, Rhea Harrikisoon.

The correspondence was addressed to Steven Chandler, Secretary to the CoI, and the AG, along with the Director of Public Prosecutions Mrs. Tiffany Scatliffe-Esprit, Commissioner of Police Mr. Mark Collins were copied.

The AG’s response read: “The law is clear, a barrister or solicitor appointed by the AG under Section 13 of the CoI Act should be admitted to practice law in the Virgin Islands and no person should use any names, title or description which implies that he or she is entitled to act as a legal practitioner in the Virgin Islands, unless his or her name is registered on the Roll maintained by the Register of the High Court under Section 10 of the Legal Professions Act.”

She stated, that for that reason, “it is my position that Bilal Rawat, Andrew King, Rhea Harrikisoon should be admitted to practice in the Virgin Islands if they are to perform duties as counsels and solicitors to the CoI established under the CoI Act on 19th January 2021. They have now applied to be so admitted albeit belatedly.”

She added: “I do not intend to object to their applications when they come for hearing. I have already informed the court and the counsel for Mr. King and Mrs. Harrikisoon accordingly, and I will do the same in respect for Mr. Rawat.”

The Attorney General also said it was “regrettable” that the trio’s application for admissions were not made prior to them commencing work for the CoI.