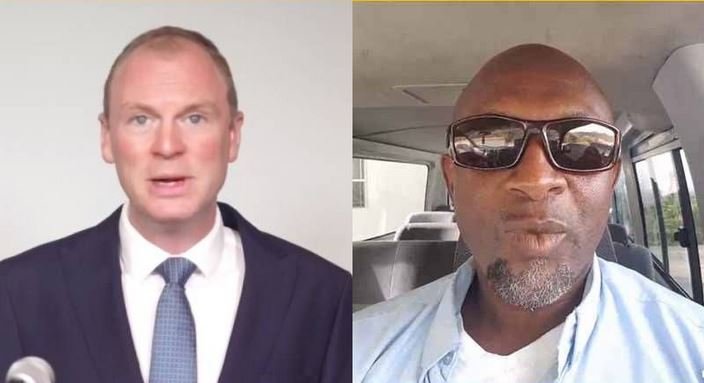 Social Commentator and former talk show host, Julio S. Henry aka ‘Sam’ has chastised the current Virgin Islands Constitution Order 2007 for what he underscored as empowering of Governor Augustus J.U. Jaspert to have the final say on affairs in the Territory, including bills passed in the House.

“From the very beginning of this constitution, this colonial document that we are now living under; and just now becoming aware of how bad it is for all of us living in these Virgin Islands (VI), the Governor is the Chairman of the Cabinet,” he said.

Speaking on the Thursday, September 10, 2020, edition of the Honestly Speaking Show, Henry said the powers of the Governor under the Constitution in the Cabinet, “makes him the boss, whether he votes or he don’t vote,” in Cabinet.

He illustrated that such powers have even allowed the Governor to hold ransom key pieces of legislation, such as the 'Medicinal Cannabis Licensing Act, 2020,' that paves the way for the Territory to establish its own medicinal marijuana industry, through the cultivation of special strains of cannabis on local farmlands by local farmers.

The Virgin Islands Medicinal Cannabis Licensing Act, 2020 was passed with amendments in the House of Assembly (HoA) since June 30, 2020 and sent to the Governor for assent.

According to Mr Henry, the consitution has further empowered the Governor to add to the Cabinet’s agenda, forcing members to debate it.

The VI 'Medicinal Cannabis Licensing ACT, 2020' paves the way for the territory to establish its own medicinal marijuana industry, through the cultivation of special strains of cannabis on local farmlands, by local marijuana farmers, however, the act is yet to be assented by Governor Augustus J.U. Jaspert.

“Don’t tell me a man will be able to bring something to a Cabinet meeting… and is not part of the discussion?” he said.

Further, he alleged that if Cabinet decisions doesn’t align with the Governor’s decisions, there is a possibility that “it isn’t going to pass because the Governor has the ultimate say.”

As such, Mr Henry agreed that while the Virgin Islands Constitution Order was an improvement over previous alterations, it is not beneficial to the people of the Territory, hence, not beneficial to self governance.