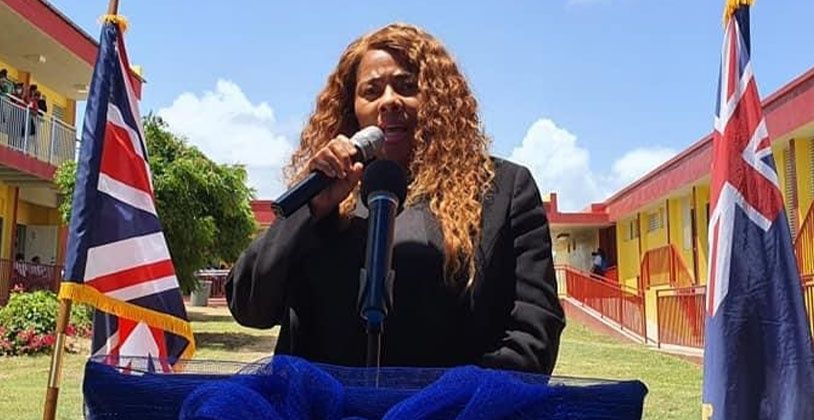 The Education Ministry has come under fire from Junior Minister for Trade and Economic Development, Hon. Shereen Flax-Charles because of the continued discriminatory practices against boys with plaits.

The Junior Minister for Trade and Economic Development and Territorial Member said that every year they continue to have the same challenge with hair if it is a male.

Hon. Flax-Charles told education officials that she was given a letter, which indicated that a child was already accepted to the school, but after seeing a picture of the child, an issue arose due to the fact that the administration did not realise the child had plaits in his hair.

The Minister stated the time for this has passed and the child was allowed in school after wrangling here and there.

According to the report from the SFC meeting, Hon. Flax-Charles also said that minor things like those do not need to cause parents this kind of headache.

She said she understands the beliefs of every individual and their right to choose and the constitution speaks to that. She also said that she understands children need to be groomed and neat, 'but persons need to get over this stage in our development'.

The Junior Minister concluded that this was blatant discrimination.

During the SFC meeting, the Minister shared that she herself experienced a similar situation years ago when at the time, Hon. Andrew Fahie was the Minister for Education.

“She said that the Territory needed to move on with more important things in Education. She also stated that it is troubling that we still have in 2021 letters are being written by principals of this nature worrying about hair when we have so many other things to worry about, and she hopes that this would be the last time a constituent reached out to her concerning that sort of issue as it relates to how the child wears their hair to school, be it a boy or a girl,” the SFC report stated.

Dr. George outlined that the student code of conduct which is a legal document stated very clearly that principals of schools have the responsibility of deciding what uniform, including what hairstyles should look like and this they should make clear in the students’ handbook.

She stated that it is clearly in the hands of the Principal of the school whether students are allowed to wear braids or not.

The CEO stated that the Ministry got the response back from the AG Chambers and in a nutshell they basically reiterated what was in the document and they are at the place where the Ministry will make a decision to send out something officially that would state what would be accepted as school dress code and hairstyles for boys and girls.

Dr. George stated that the Ministry realizes the girls are coming with hairstyles that are times could be very distracting and the Ministry has not made a final statement on anything different from what was there before.

The CEO agreed that the Ministry’s decision should all go hand in hand with the Constitution.

She further stated that the guidelines had not been done over the years and it had been something that had been plaguing the ministry for a number of years.