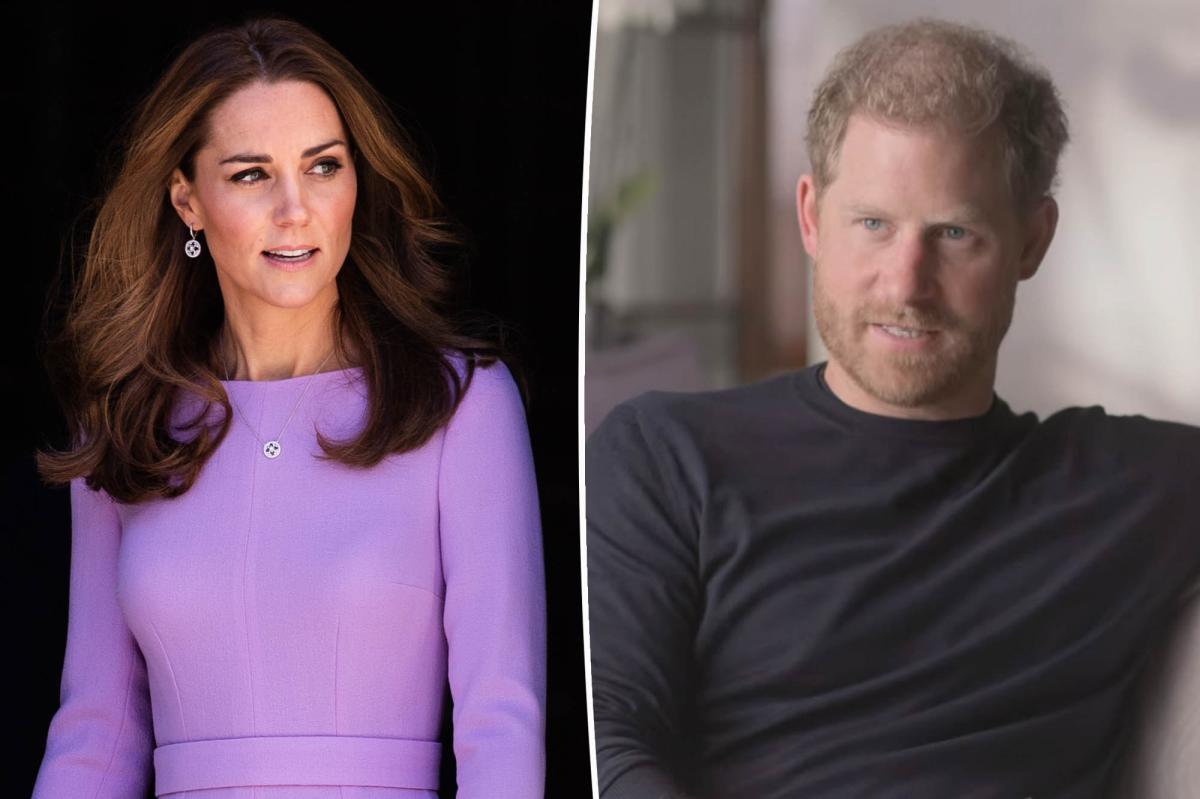 “Kate feels hurt and betrayed that Harry would do this to her, too, especially as the pair used to be so close,” a source explained to Us Weekly on Thursday.

As for Prince William’s reaction to the six-episode series, the outlet reported that the Prince of Wales “isn’t planning to give his side of the story or openly retaliate.”

The insider added, “He’s remaining dignified and is getting on with the job.”

Last week, a source told Page Six that William and Middleton, both 40, have not watched “Harry & Meghan.”

“William and Kate’s aides have briefed them on the show, but don’t expect the couple to sit down in their cottage with a bowl of popcorn to tune in themselves,” the insider said at the time.

Harry, 38, and Markle, 41, spoke about the Prince and Princess of Wales on multiple occasions throughout the Liz Garbus-directed project.

Not only did the former military pilot accuse his older brother of breaking an alleged “agreement” to not leak stories about each other to the press, but Harry said his departure from England created a “wedge” between them.

Harry also referenced a 2020 report about the siblings feuding, claiming he had not agreed to release a joint statement “squashing the story about [William] bullying” him and Markle out of the family.

“No one had asked me permission to put my name to a statement like that,” the Duke of Sussex said in the Netflix doc.

Markle declined to talk badly about her brother-in-law in the series, but made her feelings very clear when the future king’s communications secretary gave a last-minute witness statement in her 2021 lawsuit over the publication of a private letter to her father.

“It’s your brother,” the Duchess of Sussex told Harry. “I’m not going to say anything about your brother, but it’s so obvious [he authorized the statement].”

Harry and Markle stepped back from their duties as senior members of the royal family in January 2020, and officially quit in February 2021.