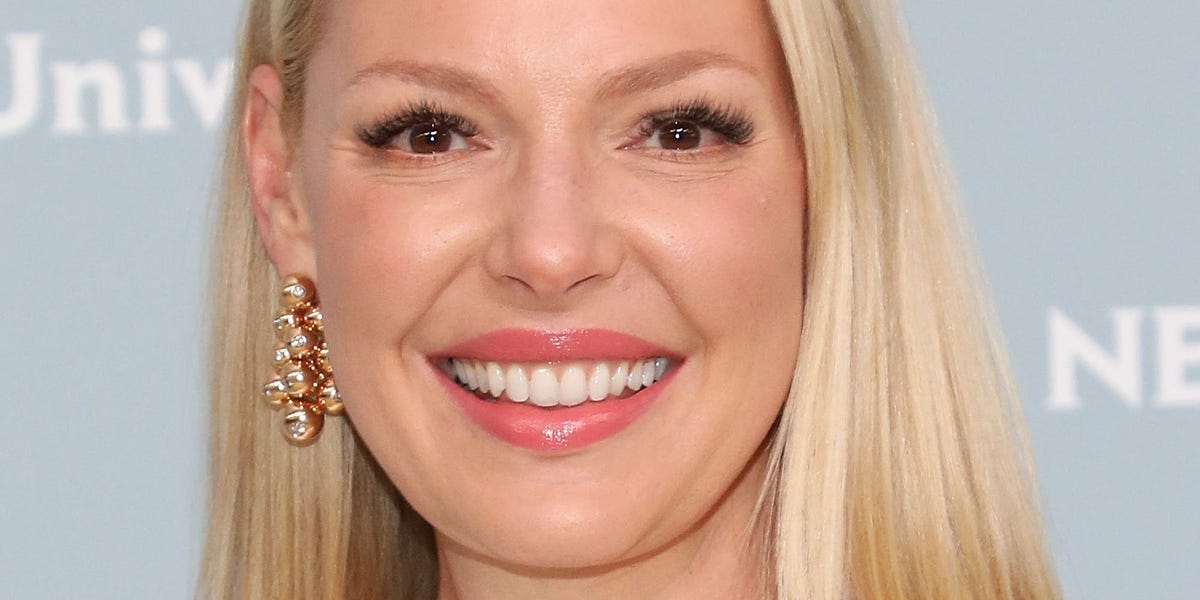 Katherine Heigl: Filming Firefly Lane showed me how much Hollywood has changed

Katherine Heigl says the industry has changed: Boundaries are respected more on set, and there's a delicateness in the way people speak to each other.

When my success as an actress first started, it was a shock. Yes, it was something I'd always dreamed of, worked towards, and hoped for, but it's such a long shot — the odds are not great.

So when it happened, I really had to adjust. I look at my 20-something self and think, "Yeah, girl, you got a little ahead of yourself." But I'm also kind of OK with that — she was young. And she was really excited.
More than anything, I was relieved to have finally made it. The nature of the industry for many of us is that it's an up-and-down thing. You might be really successful one minute and then the next minute it dims.

And it certainly did for me — there were projects that didn't do as well as I'd hoped, and for a while I was saying yes to projects I wasn't necessarily passionate about. I made choices based on my perceived success rather than based on my heart. I sacrificed time with my young children, and I regret some of those sacrifices. I had to go through it all and learn.

It was probably when I turned 40 that I realized I needed to define what success means to me — what I want it to look like, what I'm willing to give up for it and what I'm not. Once I established that, my career felt entirely different: more comfortable, more stable, and more my own.

Hollywood is really different from how it used to be

The industry has really changed since I first started out.

An example: For "Firefly Lane," we had an intimacy coordinator on set — a person whose job it is to ensure that actors feel comfortable during intimate scenes. She'd talk to directors, producers, whoever, and say, "This is what they'll do, and this is what they won't" — and then the actors don't get asked again. I'd never even heard of that before.

At first I was a little like, "Hey, I've been around the block a few times; I don't need this kind of attention." But then I was like, "Hell yeah! That's how it should be." It was such a blessing.

I've had many, many instances where I've been pushed to do something I'm not comfortable with

It's a complicated industry. There's a lot of money on the line, a lot of people involved, and a lot of opinions that are sometimes presented as fact — so it's very hard to stand up for yourself when there's no one to back you up. And you're often labeled difficult for doing so.

Compared to the beginning of my career, there's a delicacy now in Hollywood that didn't exist. People are more delicate about the way they ask for something and what they're asking for.

I took it upon myself at one point to put my foot down about certain working conditions and work hours. I'm 44. I'm tired. I can't be working insane hours. And we shouldn't have to — we're making entertainment, not curing cancer or world hunger.

I think those battles are a little easier than they used to be. I'm very hopeful for the young actresses coming up that it'll get even better for them.

Filming for a streamer is a totally different kind of experience than filming for linear television. Instead of filming episode by episode, we filmed two episodes at once. It was a little confusing for "Firefly Lane" because we use a lot of time jumps — so not only are you bouncing between two different scripts daily and scene to scene, you're also bouncing between three decades.

Typically, with studios, you have your big readthrough of the script, get all your studio notes, and then you get all the network notes and producer notes — there's a lot of input. I didn't feel that as much working on a streaming show. Once they give the green light, they just let you go. It might've been very different for Maggie Freeman, our show creator, but to me it felt like we were left to our own devices. It's been great. I think sometimes there can be too many cooks in the kitchen.

As a viewer, though, I also like streamers because I like to binge. I love when a bunch of episodes are dumped at once so I can watch on my own time. When it comes to my favorite shows on a network like HBO, I just wait. I don't watch it when it first comes out. I just go, "Nope, I'm going to show some discipline and not watch until all the episodes are watchable."
I'm really pissed off at Netflix for staggering the "Love Is Blind" episodes. I was like, "I want

My absolute favorite show right now is "From Scratch" on Netflix, starring Zoe Saldaña. It shows those experiences and relationships that we're all familiar with, but in such a beautifully done way. I also thought "The English" with Emily Blunt was just extraordinary.

"Steel Magnolias" is my all-time favorite movie — I can quote it. When I was very young, we had a family tragedy, like in the movie. So seeing a story that deals with sorrow and grief be told by such incredible actors with heart and humor made me feel less alone. I want to be able to do that as an actor, too.

When I first came across the script for "Firefly Lane," I was at a point in my career where I had no idea what was going to happen next. I didn't have a plan. I'd been asking myself, "What do you want to do, Katie? What direction do you want to go in your career? What kind of stories do you want to tell?"
It's sad that it took me so long

in my career to ask myself those questions. I'd started to realize that I needed to be clearer about what I wanted if I was going to put in so much time and energy and make sacrifices with my family.

I was in Toronto working on "Suits" when I first got the "Firefly" script. I went and bought the book and read it between scenes on set, and I ended up in tears because I was so moved and swept off my feet by the story.

It had everything I'd decided I wanted in my next project: the heart, the love, the exploration of grief, and the humor. I also love that it's about women — it's not a romance between lovers, it's about two women and their lifelong love for one another as friends. I feel like this is the kind of story I want to tell.